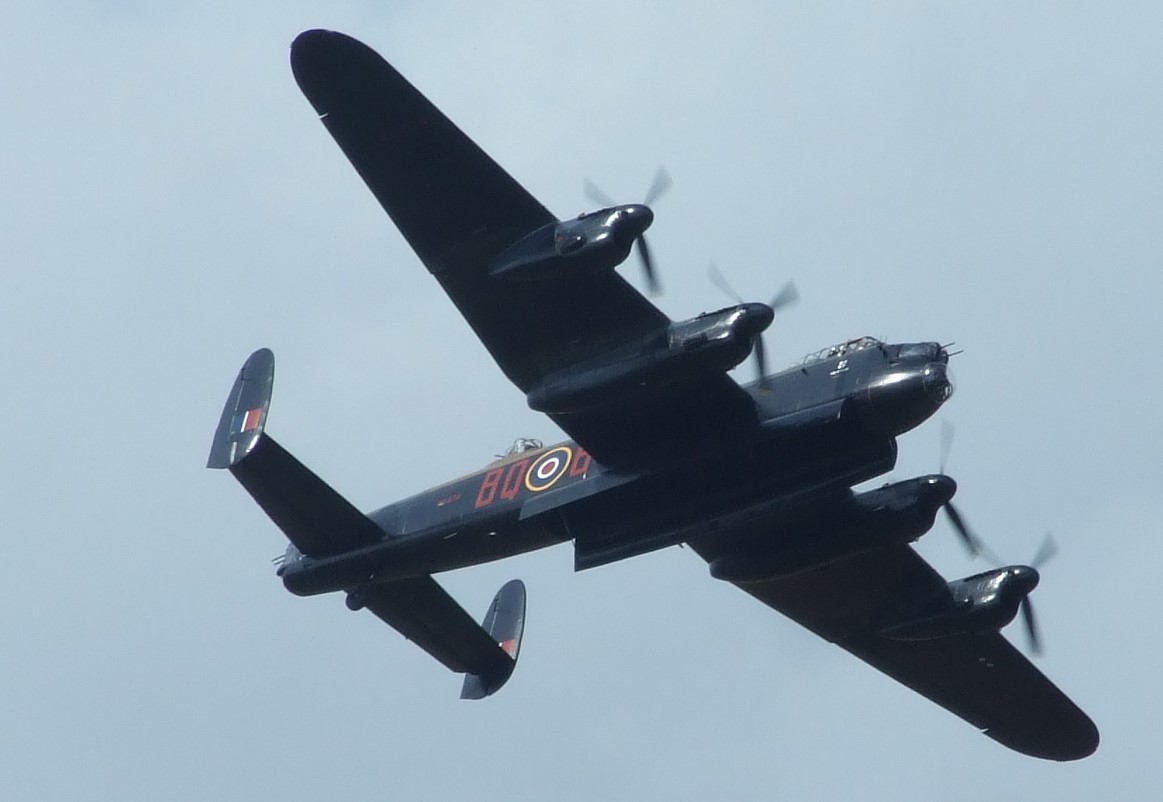 An RAF Lancaster bomber of the type shown in Digging for Treasure-Tonight
[Header Image: thePipeLine]

thePipeLine can reveal that work on the alleged crash site of a World War Two Lancaster bomber, shown in the first episode of the controversial new Channel 5 TV series about metal detecting, “Digging for Treasure- Tonight”, may have been in breach of the UK Protection of Military Remains Act [1986] which is designed to prevent the unlicensed excavation of crashed military aircraft and the aircrew who may have been lost with them.

The programme, broadcast on 26 August [2022], which was presented by Dan Walker, Michaela Strachan and archaeologist and President of the Council for British Archaeology Raksha Dave, contained a pre-recorded package about the work of Mr Paul Edwards, who describes researching the crash of Pathfinder Force Lancaster QF-Q EE105 of 97 Squadron, which was shot down over Norfolk on the night of 24 August 1943.

Returning from a raid on Berlin, the aircraft was unlucky enough to be attacked by a Luftwaffe fighter on a, so called, night intruder mission, designed to ambush returning RAF bombers.

While the rest of the crew parachuted to safety, the remains of the mid upper gunner, Flight Sergeant John [“Jack”] Kraemer of the Royal Australian Air Force, were found in the wreckage of the crashed aircraft.

In the course of the package Mr Edwards is shown metal detecting in the field where the aircraft is thought to have crashed, describing finding “hot spots” with his metal detector.

He also states he recovered what appears to be a spent machinegun bullet from the site which, he claims, led the farmer who works the land to tell him he had probably found the lost Lancaster.

He is then shown supervising a Ground Penetrating Radar survey of the suspected site.

Finally Mr Edwards is seen visiting the Wall of Names at the International Bomber Command Centre just outside Lincoln and paying respects to the name of Flt Sgt Kraemer.

In the “as live” element of the programme, shown immediately after the pre-recorded package, presenter Dan Walker then showed the audience a number of artefacts purportedly recovered from the crashed aircraft, including pipework, a manufacturers instruction plate and, most significantly, elements of parachute harness which, the programme claimed, were last touched by Flt Sgt Kraemer.

However, an investigation by thePipeLine and the Services Archaeology and Heritage Association, can reveal that the the Ministry of Defence, Joint Casualty and Compassionate Centre [JCCC] has been unable to confirm a currently valid licence exists to search for and recover artefacts from the crash site of EE105, including by metal detector.

The Ground Penetrating Radar survey shown in the programme would be legal as long as it was non intrusive and there was no attempt to recover artefacts.

It is understood that around 2006 a licence under the Protection of Military Remains was issued for EE105. However, no artefacts are understood to have been reported as found to the Joint Casualty and Compassionate Centre.

A recent application for a new licence to investigate the crash site of the Lancaster was apparently turned down by JCCC.

This calls into question the provenance of the artefacts shown on “Digging for Treasure -Tonight”.

Of course, it is possible they are historic finds and predate the Protection of Military Remains Act which came into force in 1986, or that the artefacts were recovered under the 2006 licence, in which case Mr Walker should have made that clear on camera.

However, it is not possible to discount that they were recovered more recently when no licence appears to have been in effect.

In that case the recoveries may have been unlawful, especially so if they were made as part of a specific search for the crash site of EE105.

The Ministry of Defence is certainly concerned enough to be investigating the issues raised by the broadcast of “Digging for Treasure-Tonight”.

A spokesperson for the Ministry of Defence told thePipeLine,

“I can confirm that we have seen the programme and have approached Daisybeck Studios for comment and made them aware of POMRA. We are currently awaiting a response from them to clarify the circumstances surrounding the recovery of the artefacts shown.”

The revelation that the programme may have broadcast the results of activity which may be unlawful under the Protection of Military Remains Act will come as an acute embarrassment to programme makers Daisybeck Studios and to broadcaster Channel 5, particularly as the programme has sought to deflect criticism that it is endorsing treasure hunting by emphasising that it is encouraging responsible and legal metal detecting.

Underlying this apparent failure, questions also need to be asked at Daisybeck Studios and Channel 5 as to why elementary due diligence, such as the compliance of featured participants with such well known and longstanding legislation as the Protection of Military Remains Act, may not to have been observed?

One answer may lie on the Daisybeck Studios Facebook page, where series co producer Mark McMullen acknowledged that the series “…was a fairly quick turnaround commission…” and paid tribute to the company’s production team in getting the project underway in “…a matter of weeks…”.

This speed of turn round would account for the number of pre-recorded inserts and detectorist’s finds apparently brought into the programme running order “off the shelf”, following targeted appeals in metal detecting social media made by the series researchers.

In such circumstances the researchers may have been forced to take information, such as the background to recoveries and the presence of permissions, on trust, if they thought about it at all.

Of course, while speed can be the mother of mistakes, so can not talking to the right people.

It has been established already by thePipeLine that Daisybeck Studios did not approach the Portable Antiquities Scheme, the expert body which records finds in England and Wales which are declared voluntarily by the public, including by metal detectorists, until after the series had been commissioned by Channel 5. However, the PAS has no legal standing except to advise coroners adjudicating on Treasure finds and the British Museum’s Treasure Valuations Committee, on the historical aspects of finds declared under the Treasure Act. The Joint Casualty and Compassionate Centre does have legal standing, administering licences under the Protection of Military Remains Act and it follows that any competent production company should have checked an item dealing with a crashed military aircraft in the UK with JCCC before recording, let alone broadcast.

Daisybeck Studios and Channel 5 will also have to explain why, at the time of writing, advice regarding the requirement to comply with the Protection of Military Remains Act and with legislation regarding protected wrecks and the legal requirement to declare finds taken from the sea to the Receiver of Wreck, is missing from the guidance notes for would be “treasure hunters” which are pinned to the series Twitter feed.

The omission is all the more inexplicable as both of these subjects are covered prominently in the first programme in the series.

Alongside the Ministry of Defence, Daisybeck Studios and Channel 5 have been approached for comment.

Please help @pipelinenews research and produce more articles like this by buying us a Kofi.