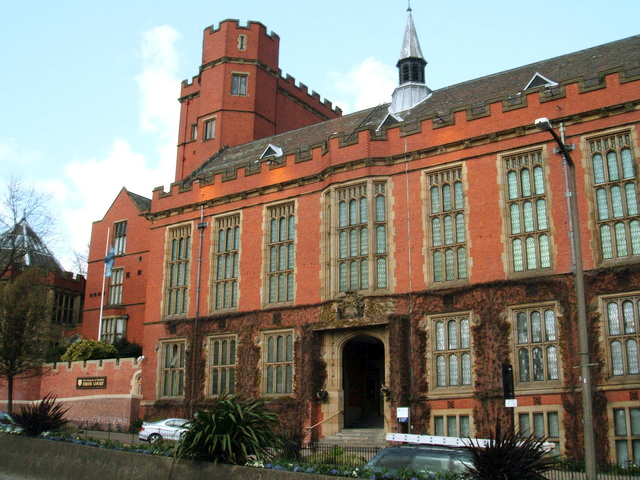 thePipeLine can reveal that within days of the Executive Board [EB] of Sheffield University voting to close the University’s highly respected Archaeology Department, senior managers at the University appear to have begun a calculated attempt to deny the members of the department access to crucial documents which determined the future of archaeology teaching at Sheffield. The denial, coming ahead of meetings of the University Senate and Council which will decide its ultimate fate, has had the effect that the department has been unable to mount a reasoned response to the review, or any meaningful defence of its staff and programmes. The apparent policy to deny staff and students access to the report of the revue group and to supporting notes and transcripts collected during the group’s deliberations, was communicated in e-mails from the secretary of the review group itself. However, the actual instruction to withhold the material appear to have originated with senior managers closely associated with the revue.

The apparent decision to deny the staff and students of the Archaeology Department any opportunity to engage with deciding its own fate is revealed in an e-mail exchange, seen by thePipeLine. The participants were Professor Caroline Jackson, the Head of the threatened Archaeology Department and the Secretary of the Archaeology Review Group which had carried out a controversial “Institutional Review” of the department. The review was chaired by the University’s Deputy Vice Chancellor, Professor Gill Valentine and the review report itself was nominally the work of a group of senior Sheffield University staff with additional input from two external advisors.

On 27 May [2021] Professor Jackson appears to have e-mailed asking to see a copy of the review report and the minutes of the meeting of the University Executive Board which had met on 25 May to consider the three proposals submitted by the review group, two of which would see an end to Archaeology as a teaching department at Sheffield after fifty years. The EB had voted to adopt a proposal which would see archaeology end as a stand alone department, with a few aspects of the department’s work subsumed into other departments and most of the current teaching and technical staff losing their jobs.

Her request was responded to by Mr Nicholas Button who is Senior Policy Officer in the University Secretary’s Office.

Other e-mails show that Mr Button was acting as the Secretary to the Archaeology Review Group.

“I have been instructed not to share the report as it contains sensitive material about individuals and the University that cannot be shared more widely.”

As thePipeLine revealed last week, a later email from Mr Button to students revealing that the University had “disposed of” notes and other material from the review, also used as a justification that the notes contained “sensitive information relating to individuals and the University.”

The response which went out over Mr Button’s signature ignores the fact that sensitive documents are made public routinely, either in toto in the public interest and in the interest of transparency and accountability [today’s report of the Daniel Morgan panel being a case in point], or in a form where certain material is redacted.

Mr Button did however agree that Professor Jackson could see the minutes of the Executive Board once they had been written up. However, no timescale was offered for that release.

The most serious aspect of Mr Button’s e-mail is that it suggests that at least as early as 27 May [2021], just two days after the decision of the Executive Board and one day after the results of the EB’s vote was communicated to staff and students of the Archaeology Department, there was a deliberate policy, apparently initiated by some of the highest ranking staff of Sheffield University, to deny anyone at the department the evidence they needed to respond to the review, the EB’s vote or to engage effectively in the further decision making meetings of the University.

Essentially the University top leadership seems to have set out deliberately to ensure that as the future of the Archaeology Department was decided, only the leadership’s version of the story would be heard.

Neither of the emails available show who in the University senior management “instructed” Mr Button to withhold the review report from the people who it most affected, Professor Jackson, her staff team and her students, however, the review itself was facilitated by Deputy Vice Chancellor, Professor Valentine.

It is also the case that the e-mail sent by Mr Button to the students applying to see the the records of their contribution to the review of the Archaeology Department stated that Mr Button was responding because it had been “passed to me” by Gill Valentine.

thePipeLine asked Sheffield University if it was factually correct to state that the instruction to Mr Button not to share the report with Professor Jackson came from Deputy Vice Chancellor Gill Valentine?
We also asked, if Professor Valentine had not issued the instruction, who did?

Sheffield University did not answer either question, but neither did the University offer a denial that Professor Valentine was responsible for issuing the instruction to Mr Button.

Meanwhile, in a sign that disquiet at the allegedly unfair treatment of the Archaeology Department is spreading beyond the department itself, to reach out across the whole campus of the University, on Monday [14 June 2021] the Sheffield University branch of the University and College Union [UCU] released a strongly worded letter to members, repeated on the branch Twitter feed.

University managers were also accused of withholding review documentation from the University Senate, which meets on 23 June to advise the University Council whether or not to adopt the recommendation of the Executive Board to end archaeology teaching and research in its current form. It is understood that only a redacted copy of the report will be offered to members of Senate before they make their decision.

Finally the letter claimed that the University had not responded adequately to the concerns of students about the closure of the department. This issue is particularly acutely felt among Masters and Doctoral candidates, some of whom have only recently committed to the University and who now find that, by the Autumn, their course supervisors and specialist support staff, may have been made redundant by the University.

The UCU’s letter concludes with this statement [our italics]…

“In isolation, the above allegations are serious. Each one presents potential violations of at least one of the University of Sheffield’s Code of Ethics, retention schedule, change management protocols, and policy on CMA compliance as of 2019 (which we note has been recently taken off of the university website, but which we have linked to here for information).

Taken collectively, these concerns represent more: they represent a structural lack of commitment to transparency and accountability.”

Adding that the health of a university community requires faith in the processes used by managers to to govern it, and that the greater the impact of these processes on staff and students, the more delicate that faith is, the UCU letter concludes,

“Given the fundamental and serious issues that have been raised, it is not only clear that the current plans for department closure should be suspended, but that it is time for a full university wide conversation about governance.”

Given the gravity of the issues raised by the letter from the UCU, thePipeLine asked Sheffield University a number of further questions including, what is the University’s response to the accusation from the UCU that the University has allowed a revue of the Archaeology Department to go ahead which exhibits a “structural lack of commitment to transparency and accountability”?

We also asked given the serious nature of the allegations, which extend to the potential misuse of process, especially with regard to the handling of documents, notes and chains of evidence during the review, would the University now be pausing the review process into the future of the Archaeology Department pending a full investigation of the process adopted by the Deputy Vice Chancellor and the review team?

The University did not respond to our questions.

Asked finally what steps will Sheffield University be taking to reassure staff that management processes are fair, transparent and accountable, and to initiate a conversation about governance as the Union has requested, a spokesperson for the University told us,

“Thank you for your inquiry.

We’re continuing to meet with our Trade Unions on this matter.”