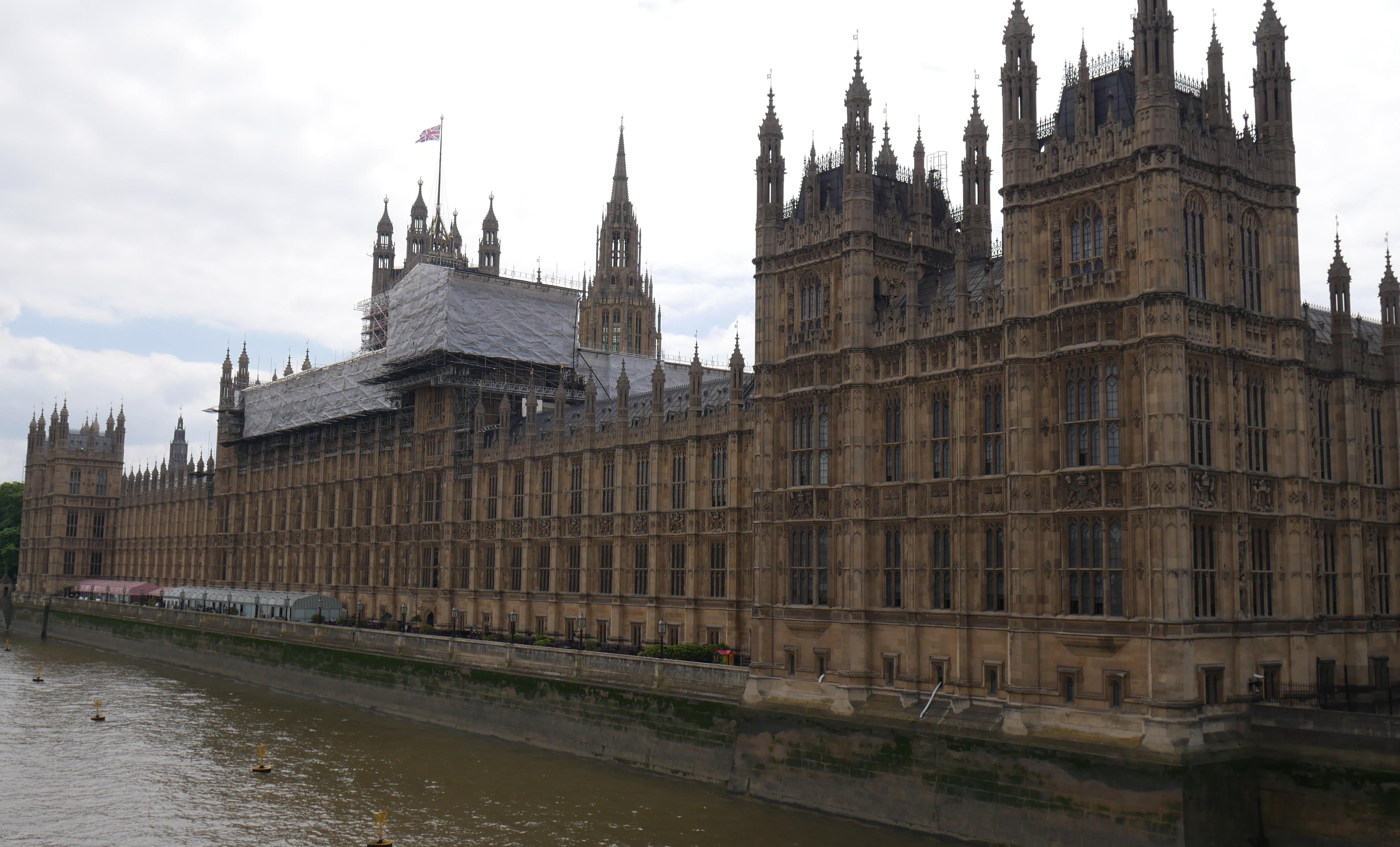 Heritage bodies have a matter of weeks to persuade the British Government to adopt a series of recommendations made by the Parliamentary Housing, Communities and Local Government Select Committee. The recommendations, including the longstanding demand of archaeologists to make maintaining the Historic Environment Records kept by most local authorities, a statutory requirement, come in a report responding to the Government’s Planning for the Future White Paper. The White paper proposes changes to planning rules which, the Government says, would enable it to provide more homes, more quickly and to a higher design standard, but which opponents argue could weaken protection for the environment, including for historic buildings and archaeology.

The MHCLG committee’s key recommendation regarding HER’s comes in Section 12 of the committee’s report which also explores issues around designation of historic and archaeological sites.

However, while noting that the Minister of State for Housing, Christopher Pincher MP, does not see heritage as an obstacle to planning, the committee report begins by taking a broader and sceptical view, pointedly reporting that Urban Vision Enterprise told the committee,

“The Planning White Paper mentions heritage in passing, but with little focus.”

It was also noted that the MCLG’s consultation on its White Paper did not include a question about on heritage protection. This led Claire Dutch, a Partner, and Co-Head of Planning and Environment, at Ashurst LLP, to comment,

“The White Paper does not deal with heritage in any great respect … We have an adequate framework for protection of historic assets in this country. It works, it does the job and we do not need to tinker with it.”

Citing a submission from the The Bartlett School of Planning at UCL which argues that:

“It is hard to see how well a listed building could be protected in relation to development proposals for immediately adjoining buildings in a ‘growth’ or ‘renewal’ area under the government’s proposals.750“

…the committee also reports a widely felt desire for clarity about the impact on historical and environmental protections in ‘growth’, ‘renewal’, and ‘protected’ areas. The three designations proposed by the MHCLG to govern future planning decisions.

Meanwhile Hackney Council, among others, emphasised that in its view, local authorities should continue to play a central role in listing buildings and designating Conservation Areas within their boundaries.751

There was also some concerns over applying blanket protection to protected areas. Local authorities asked for a flexible approach,752 which allows for “improvement and enhancement to maximise opportunities.”753

Calls were made also for greater consistency,754 as well as by the British Property Federation which asked to be able to ensure historic buildings can be brought up to modern standards of energy efficiency sensitively.755

The committee also note that the National Trust and Historic England both complained that the White Paper took,

“…too narrow a perspective of heritage and historic locations, and how existing protections would integrate into the proposed new system.756“

The National Trust also highlighted how the planning system, through the National Planning Policy Framework, provided what is currently the only protection for “historic parks, gardens and battlefields”, for unlisted and Grade II listed buildings which are not on Historic England’s Heritage at Risk Register, and also for undesignated, read also currently undiscovered, sites.757

Brian Berry of the Federation of Master Builders also made the significant point that there needed to be more skilled workers to deal appropriately with historic buildings and to ensure zero-carbon standards.759

“223.There is a case for improving our knowledge of where there are possible historical sites and for further protections for specific sites and currently undesignated locations. The Historic Environment Records dataset should be put on a statutory basis.

The committee add that,

The Government should assess the merits of providing additional protections for other sites, such as those of local interest and World Heritage Sites.

Laying down a challenge to the MHCLG, the committee also argue that more information on the impact of the Bill is required before the Planning Bill is passed into Law.

“We also recommend that the Government publish an assessment of the impact of its proposed changes on historic buildings and sites. This should include the impact on undesignated and future archaeology, and on heritage sites situated in growth areas.“

In a section showing how interlinked the issues raised by the Planning Bill are, the report also addresses wider environmental issues including landscapes stating,

“232.The planning system should pay greater attention to the importance of green spaces and to wildlife near to people’s residences. The Government should reconsider the retention of sustainability assessments and ensure that the operation of Environmental Impact Assessments on the planning system is covered in its further consideration ahead of the Planning Bill.“


As well as being applied to landscape issues, wildlife and nature, Environmental Impact Assessments, deriving from European Law and the “polluter pays” principle are also the basis for requiring archaeological work in the planning system as currently operated.

Of course the elephant in the archaeological area is who pays for statutory HER’s and the identification, and local and national listing, of previously unidentified historic buildings and archaeological sites?

Ultimately that is Government’s problem, especially in a time of recovery from the immediate effects of the Covid-19 pandemic and here the committee recommend that the Ministry obtains a commitment from the Treasury for additional funding to the tune of £500 million over four years to be awarded to local planning authorities to support transition to the demands of the new system.

Crucially, the committee argue this funding should be in place before the Planning Bill is introduced.

After years of cuts to local and museum and academic archaeology, the threat to archaeology departments at the Universities of Chester and Sheffield, coming at the same time as the perceived threat archaeology’s role in planning and the direct attack on certain areas of archaeological and historical research by parts of the media and some members of the Government under the flag of the so called “culture war”, many have suggested the sector as it has been for at least thirty years is under existential threat.

This means that the issue now facing representative and campaigning bodies in the Heritage sector including the Council for British Archaeology, which brings together professional archaeologists and members of the public: the Chartered Institute for Archaeologists which largely represents professional archaeologists working in the developer funded sector, and the new grass roots campaign, #Dig4Archaeology, not to mention ALGAO, the body representing local government archaeology officers, is how to respond to a set of recommendations which, while representing a virtual wish list for archaeologists, come at a time when the sector feels under unprecedented pressure.

Campaigning precedents would suggest that a launching joint response to the report across the heritage sector, coupled with reaching out to the public which shows consistent support for archaeology, for example in the media and the community archaeology movement, might be most effective.

The commonality of many of the issues with the wider environmental movement which is equally concerned at the potential of the planning bill to downgrade environmental protection, would suggest also that joining forces with the campaigning experience and muscle of that sector could also reap dividends for archaeology.

Such a publicly declared move coming from bodies with interests in both the heritage and natural environment would be a powerful vote of confidence in the Select Committee and its recommendations and demonstrate to the Government the political risk in rejecting them.

Indeed, it is pointed out that if the almost forty two thousand people who have signed the petition to Save Sheffield Archaeology, had signed a similar petition on the Government petition website the Government would already have been forced to make a written response and the petition would be well on the way to gaining a Parliamentary debate.

The biggest question is however, whether the archaeological and heritage bodies can act with the speed, vision, openness and inclusivity necessary to seize the ball offered by the Select Committee and carry it across the line to win a prize for which many of their current members have spent entire careers campaigning.

Such a win would be akin to a local league football club winning the FA Cup.

On the other hand, failure might mean relegation for the team and the stadium being demolished to be redeveloped as a series of “beautiful” human hutches with a few trees lining the streets.

The Government response to the report is due by 10 August.