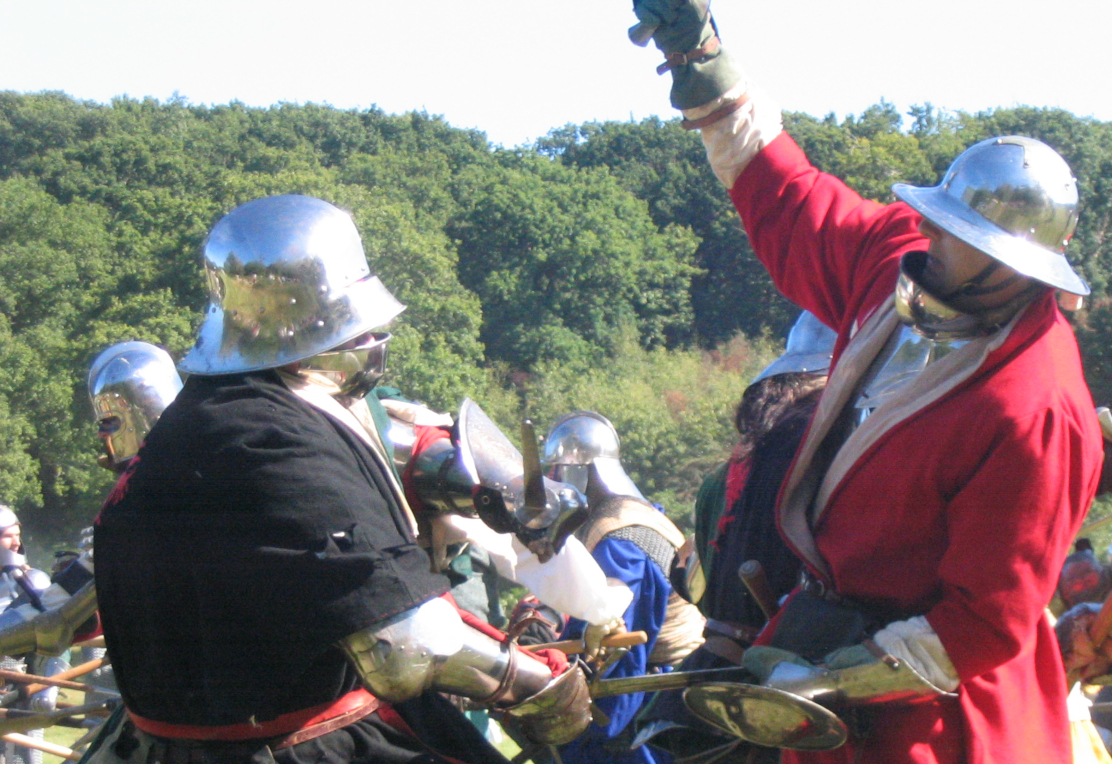 It has survived more than five hundred years and the threat of HS2, but now a planned solar energy project threatens one of Englands most unchanged battlefields at Edgcote in Northamptonshire.

Graham Evans, secretary of the Northamptonshire Battlefields Society and author of the most up to date account of the little known, but fascinating, Wars of the Roses battle, explains what is at stake if the plan goes ahead.

There is a proposal to put a solar farm on Culworth Hill, near the small Northamptonshire village of Edgcote.

So what, you may say. Don’t we need more renewable energy?

However, Culworth Hill was the site of one of the more curious and misunderstood battles of the Wars of the Roses.

The Battle of Edgcote, or the Battle of Banbury as it is known in Wales, saw the forces of King Edward IV clash with those of the Earl of Warwick, at a time when both men were supposedly on the same side and neither of them were present.

Dissatisfied with his lot Warwick, the wealthiest, the most influential and most powerful nobleman in England, had fomented rebellion in the North of the country. He coupled this with an invasion from France in an attempt to capture or kill the King, possibly to put his son in law, George, Duke of Clarence, on the throne.

The forces from Yorkshire and the North were led by the mysterious Robin of Redesdale, and were marching south to join up with Warwick himself. Edward’s allies, the Earl of Pembroke and the Duke of Stafford, were rushing up to meet him from Wales and the West Country respectively. The opposing armies ran into one another around Edgcote by accident on the 24th July 1469.

Culworth Hill is actually the site of Robin of Redesdale’s deployment in the 1469 battle. It is on and at the foot of this hill that the outcome of the battle was decided, as the opposing armies fought across a tributary to the River Cherwell which runs along its western edge. Thus the hill is crucial to the understanding of the battle.

Indeed, what is at stake is a battlefield where as many as two thousand combatants died, which has remained farm land and mostly unchanged since 1469 and which has also narrowly avoided recently being overwhelmed by HS2.

This has the result that Edgcote is one of our few remaining battlefields where a visit will give a true feeling and appreciation of the ground over which the battle was fought.

Currently the proposal is at the preplanning stage, with the applicant asking whether or not a full environmental impact analysis needs to be done, and not surprisingly they are arguing that such an assessment isn’t required. Even though the latest research suggests that the proposed development will cover about a quarter of the main battle area.

This includes not only the left flank of Redesdale’s position, but also the location from where the decisive reinforcements arrived bringing victory to the rebels of Warwick’s faction.

However, in an apparent attempt to soften the impact of the construction and therefore the need for mitigation, the application states that the installation is “temporary”, but defines temporary as being 40 years.

In effect it will blight the visual aspect of the battlefield area well into the second half of this century.

To most people this length of time cannot be described as “temporary”.

There are other problems with the application in that, despite claims that the solar panels will be screened by two metre high deer fencing, plus CCTV cameras on poles to protect it and will not intrude on the area, we do not believe that will be the case.

Instead we believe the screening will be clearly visible from both Culworth Hill and Edgcote Lodge Hill, the deployment areas of the two opposing armies.

We also believe that any screening tall enough to hide the panels would itself be just as harmful to the understanding of the battlefield.

These impositions on the battlefield would be unacceptable at any time, but seem the more so now because only since last year’s 550th anniversary commemorations have the true facts about the location of Edgcote and its importance in the context of the Wars of the Roses come more publicly to light.

This makes it unforgivable that, almost immediately after such an advance in our knowledge, so serious a threat to the battlefield’s integrity should even be considered.

This is not a case of opposition at all costs. The applicant has another solar farm on his land, built in 2014, but this is not on the battlefield, nor is it visible from it.

However, it is Northamptonshire Battlefields Society’s view that the proposed new development should be rejected, as it will seriously affect the battlefield at Edgcote, damaging it both as a witness to a critical moment in our history and robbing the local community of the essence of a nationally important piece of their own history.

Please add your voice in opposition by visiting the South Northamptonshire Planning Portal: .

The full story of the 1469 campaign is covered in the Northamptonshire Battlefield Society’s award winning book “The Battle of Edgcote 1469 – Re-evaluating the evidence”, by Graham Evans.

Please email wildrat1460@gmail.com for details of how to purchase.