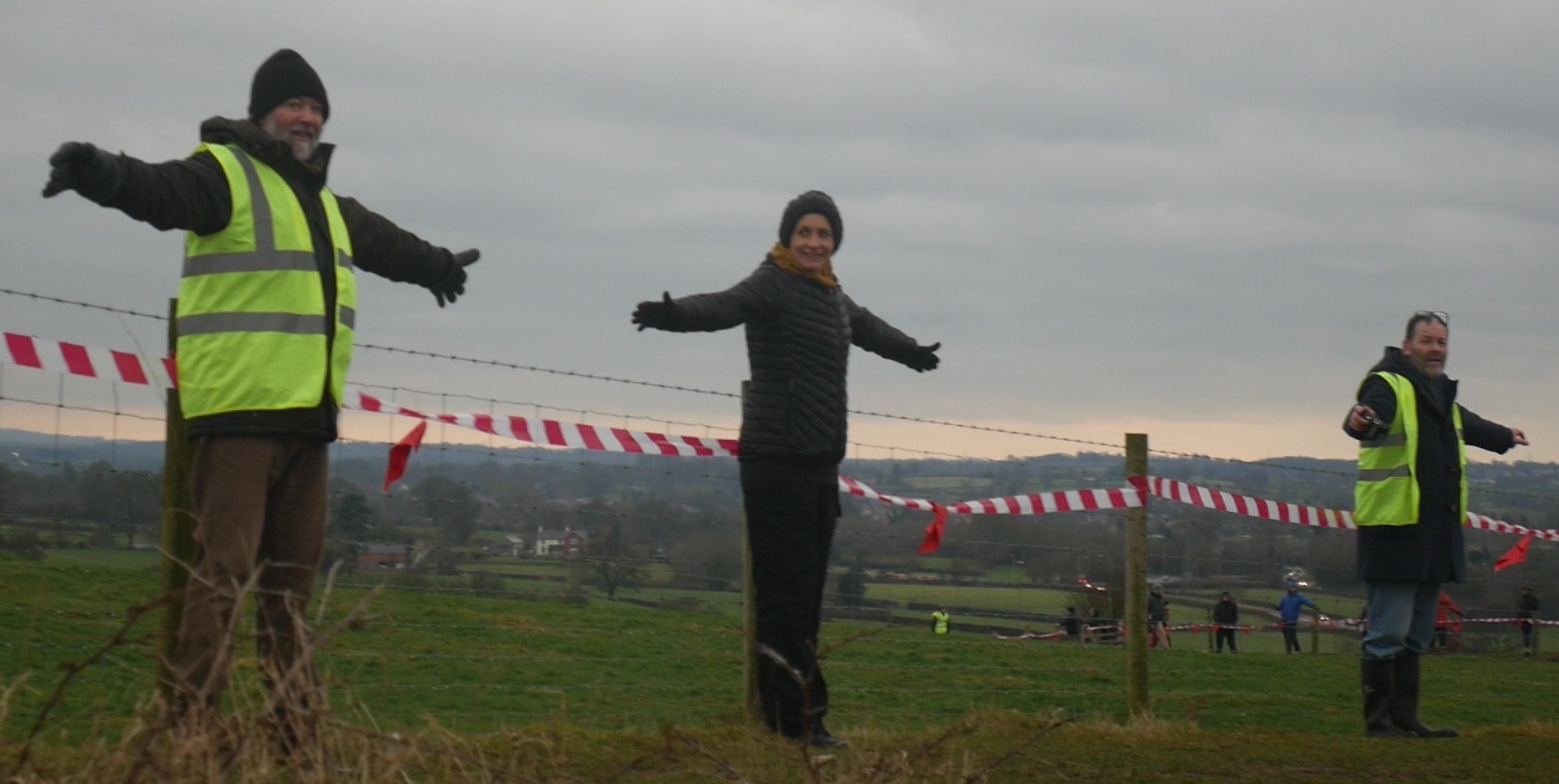 Campaigners against the housing development at Old Oswestry hill fort surround the hill at the 2017 “hill fort hug”.

Following the confirmation by Shropshire Council that no date has been set for the planning meeting which will consider the controversial plan to build ninety one houses on farmland within five hundred meters of the nationally important Old Oswestry Hill Fort, Historic England has also clarified some of the circumstances by which its latest advice came to be posted on the council planning portal just hours before a critical consultation closed. However, asked by thePipeLine if the controversial advice, which campaigners argue has effectively given the green light to the planning application by Galliers Homes, had been referred to Historic England’s national management in London, a spokesperson for the organisation stated that the approach taken over Old Oswestry has been agreed by all relevant levels at Historic England, throughout the statutory advisory bodie’s involvement with the case.

The response leaves open the question as to whether Historic England’s Midlands Office in Birmingham, which issued the letter of advice, recognised the potential of the case to set a precedent nationally over policy regarding incursions into the existing setting of historic sites which are agreed to be of the highest importance, such as Old Oswestry hill fort and asked Historic England’s senior management in London to either make the final recommendation, or at the least, to sign off on it, given the potential consequnces.

Asked in addition why the submission of a critical document from a statutory advisor, one which was material to the deliberations of other individuals and organisations making submissions about the application, was apparently left to so late in the consultation, Historic England responded,

“The letter was submitted according to procedure and we responded within an agreed deadline after giving our response necessary consideration.“

We next asked if Historic England was concerned at the allegations apearing on Social Media that the gap between the letter being submitted and it being published on the Council planning portal, during the afternoon on the last day of the consultation, looks like an attempt to undercut the organisation’s earlier critical submissions which opposed the development and to limit the exposure of HE’s revised stance to analysis and criticism?

This is important because, once a consultation is complete, there are limited opportunities for further interventions, particularly at the planning meeting taking the final decision over whether or not to grant planning consent. At this stage interventions from the floor are strictly limited in both numbers and time and usually the would be developer gets the greatest say.

The spokesperson did not engage with the question, instead stating that,

“We submitted our advice to the Council, it is up to each Council how they upload and present the documents on their websites.“

thePipeLine also asked Historic England how it responded to the accusation on the part of some campaigners that this decision has demonstrated that the organisation’s function is now clearly to facilitate development, not to protect even the most important national heritage as the objector of last resort, acting in the public interest?

“We have been advising the council and landowner on this site since 2007, to find ways to reduce the impact of new homes on the significance of the hillfort- a monument of national importance.”

Pointing out that Historic England has been involved with proposed development at this specific site in various incarnations for over ten years and that the organisation had succeeded in removing two additional development sites immediately adjacent to that currently under consideration, the statement concludes by placing the ball securely in the court of Shropshire Council, stating,

“We have advised the council that the proposals would cause some level of harm. It is now for the council, as decision maker in the planning process, to weigh this harm against potential public benefits of the proposals.”

However, that stance is unlikely to assuage the anger of campaigners who expected the most important heritage body in England to protect the existing rural buffer between the town of Old Oswestry and the hill fort at all costs, rather than find ways to reduce the impact of a development which the campaigners and many independent experts in the Iron Age, find utterly unacceptable in any form.