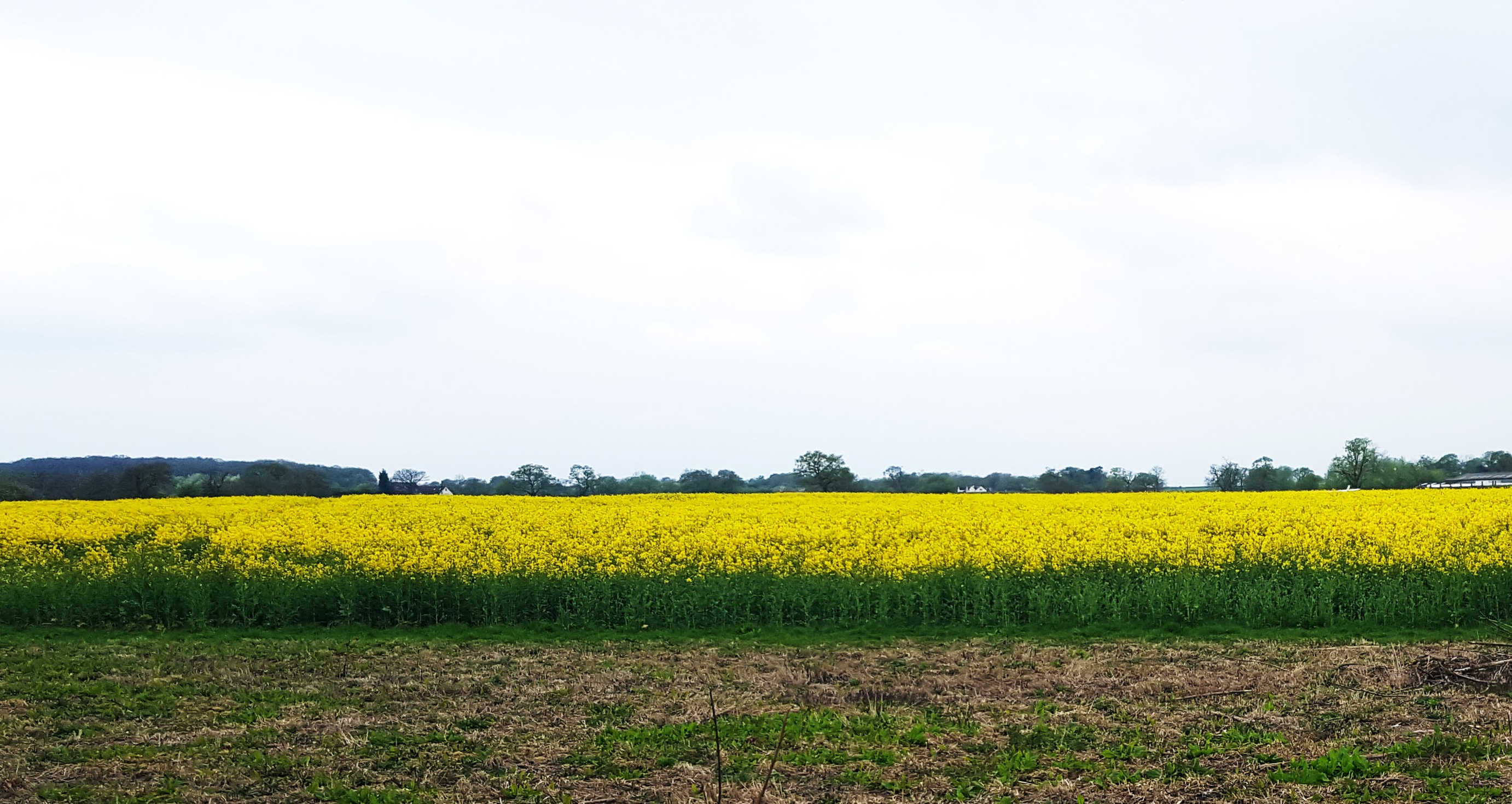 Of course it is not OK.  The development is still in part on a registered battlefield which Historic England, echoing the National Planning Policy Framework, clearly states in section 5.1 of its own booklet Battlefields published in 2017,

“registered battlefields are designated heritage assets of the highest significance. They, and their setting, should be protected and enhanced, and the granting of permission for developments causing substantial harm should be wholly exceptional.”

However, there was no mention in the planning documents as to why this development is wholly exceptional?

This brings into question the whole matter of what registered battlefields actually mean and if such an iconic battlefield as Bosworth can be built on, then no battlefield is safe. Take a chunk of any battlefield, however small, then the risk is developers will be back for another and then another. Before long you find there is nothing left.

A planning report for Bosworth suggests that any incursion on the battlefield would not set a precedent for anywhere else. It would be very interesting to see how Hinckley and Bosworth Borough Council and Historic England could guarantee that in any legally robust way?

The suggestion that the MIRA development takes only 0.5% of the registered battlefield is misleading

In the case of Bosworth, it is also important to consider what the 1078 ha (2664 acres) registered battlefield actually encompasses. Not only does the designation cover the actual battlefield but also outlying areas such as Sutton Cheney and Ambion Hill. All important places in the story of the battle, but not where it was actually fought!

The designation also includes the site of the battle proposed by Danny Williams although proved incorrect by the 2009/10 research. Then there is a buffer zone around the outside of the core area in case anything was found later. This has the cumulative effect of making the battlefield seem much larger than it really is and renders the repeated quotation of the development being only 0.5% of the registered battlefield so meaningless as to risk being misleading.

In reality, the area where all the probable battle related finds were recorded, and therefore the actual site of the fighting as it is understood at the time of writing, covers just approximately 295 ha (729 acres).

The 0.5% of the development that covers the registered battlefield suggests it is 5.4 ha (13.32 acres) or 16% of the total development size of 33.6 ha (83 acres). However, if you relate this to the core of the battlefield, where the fighting actually took place, then the development actually covers 1.8% of its total. Still not much you might say?  But it is.

In fact the development is only around 900 metres (0.57 miles) from what is currently understood to be the heart of the fighting and much less if you consider that the front lines of the opposing armies probably stretched at least 400 metres (437 yards) either side.

From these lines, the fighting would have spilt out over a large area. Indeed, the contemporary accounts also suggest that it is from the western side of the battlefield, where the proposed development is situated, that the French (and probably Scots) launched their attack on the flank of the line commanded by King Richard’s ally Duke of Norfolk.

Within this proven battlefield is the largest roundshot scatter ever found, covering around 100 ha (247 acres).  Within this scatter, the most westerly shot was found close to the boundary of the proposed development.  Altogether this gives the battlefield additional international significance as one of the earliest uses of massed field artillery in a major conflict and source of the largest sample of shot from a medieval battlefield.

It follows also that the site of the development could yet prove to be a key part of the actual battlefield, but it might not only be taken from public access, the development would also destroy any hope of further research as well.

This would be a disaster for the understanding of the battle because the side of the battle from the perspective of Henry Tudor is still the least understood. For example, a contemporary letter written by a Frenchman present at the battle states on Henry’s side boasted,

“in part we were the reason why the battle was won.”

…and if that author was correct researchers therefore not only need to be able carry out further archaeological investigations on this part of the field, but also need to be able to understand the landscape and to view it in terms of the whole without obstruction.

New evidence suggests the registered battlefield should be extended but has Historic England taken this into account?

There is one more important question in relation to the registered battlefield. What happens to it if they find further evidence of the battle during any archaeological work on the site?

Will the registered battlefield be enlarged to cover the new finds, as it should?

Would not this increase the percentage of the actual battlefield impacted by the development accordingly?

In fact such evidence has almost certainly already been found.

A lead musket ball of approximately 12mm diameter, probably from the battle, has already been found in the centre of the proposed development (Hunt, An archaeological field evaluation for the proposed TIC-IT Project, MIRA, Higham-on-the-Hill, Leicestershire, University of Leicester, Archaeological Services, 2018). However, to date, it does not appear that Historic England has taken this into account and has not extended the battlefield and the associated buffer zone to reflect the find.

This is only the dry, technical aspects of the battle as revealed by a long campaign of painstakingly detailed archaeology.

We are yet to see any detailed CGI images of how the development will actually look from the real battlefield, or hear what the development will sound like.  This is important because there is an old adage that the only way to truly understand a battle is to walk in the footsteps of those who took part.  This is why the modern British Army, among others, regularly takes today’s soldiers on tours of Britain’s battlefields.

I would, therefore, implore all the Councillors and planning officers who are going to take this decision to walk in those footsteps, with an expert on the subject to help them come to understand the battle and show them the influence on the battle of the landscape without the physical intrusion of a major modern development.  Most of all they must experience the sense of place before they reach a final, irrevocable decision on the future of this iconic moment in British history and deny what they have seen to future generations.

Britain’s battlefields tell the story of how the country was made with the blood of its people. With the news that parts of the Tewkesbury and Culloden battlefields are also under threat, are these unique, irreplaceable sites to be reduced to little more than disposable real estate? The battlefields of the USA, Europe and even Japan are treated with reverence, particularly those of World War One and Two. Why not those which made Britain?

Mike Ingram is a historian and battlefield guide, based in the East Midlands.  He is the author of “Battle Story:  Bosworth 1485.”