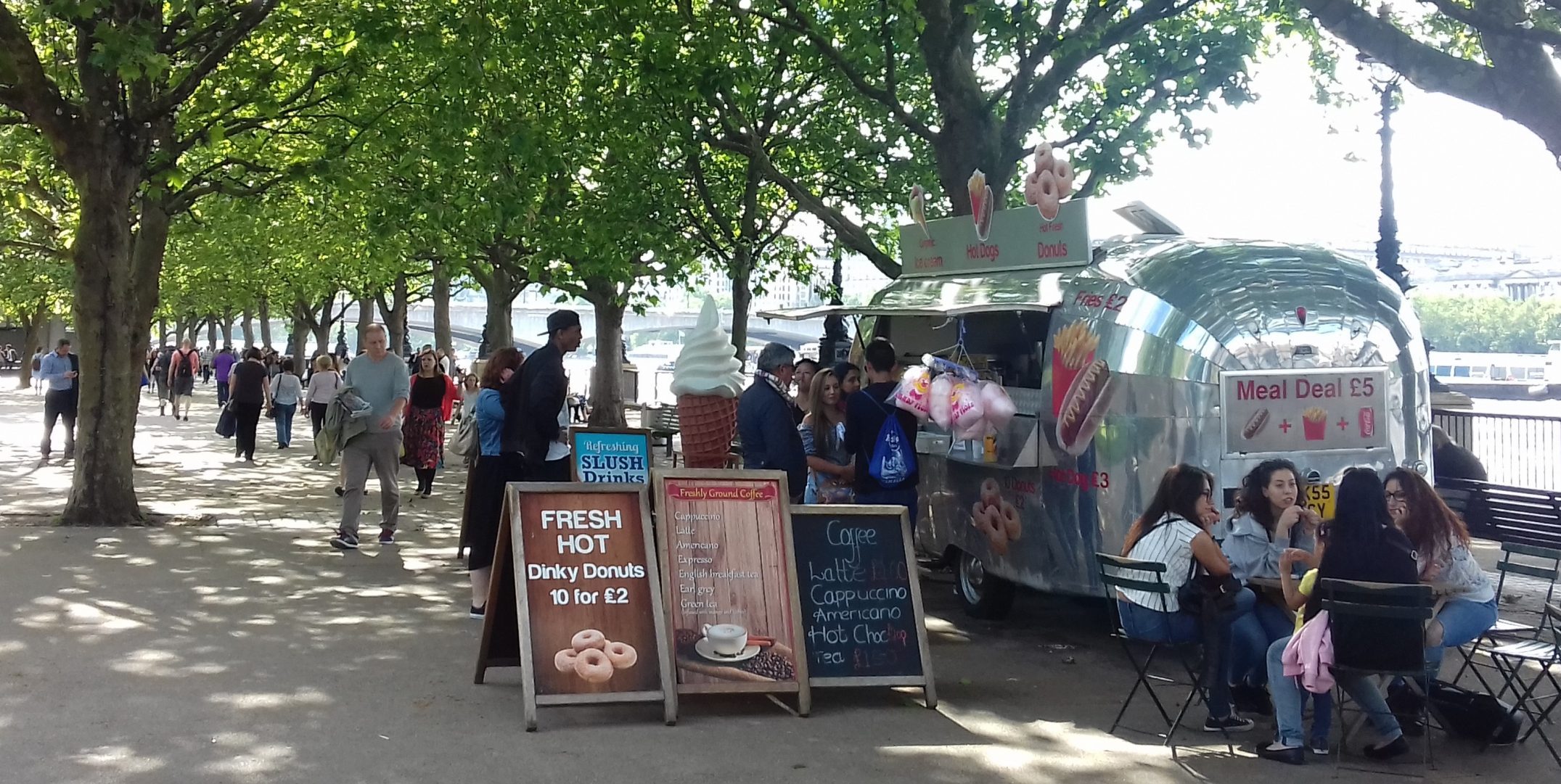 This morning, [14 August 2017] saw the final collapse of the ill-fated London Garden Bridge project, as the Garden Bridge Trust announced the voluntary winding up of its attempt to build the bridge.  By the time it does wind up the Trust and the Government between them will have spent almost £50 million of public money on the brain child of actor Joanna Lumley and designer Thomas Heatherwick.  Money spent  to the benefit of nobody, except the contractors who have already been paid in a series of contracts where costs were  front loaded, allegedly to make the project more difficult to cancel.  However, if trust is to be restored in both the planning process and in the accountability of senior elected officials and trustees of charitable projects, this cannot be the end of the story of the project to span the Thames with a privatised corporate space masquerading as a public footpath.  Given the similarities of the collapse of the Garden Brodge project to the collapse of “Kids Company” in 2015, another high profile charity which was championed by senior politicians from the Cameron Government and its circle of friends among the great and the good of West London, there will be pressure on London Mayor Sadiq Khan to press for further formal inquiries into how the Government came to stand four square behind such a questionable project, letting the public take all the risk by allowing the Treasury in Whitehall and the Mayors office to stuff Thomas Heatherwick’s copper planters with public cash.

True to form the press release from the Garden Bridge Trust announcing the formal ending of the project blamed other people for today’s debacle, principally current London Mayor Sadiq Khan.

Writing to the Mayor to inform him of the decision to wind up the project and Trust itself Lord Mervyn Davies, the Chair of the Garden Bridge Trust,  stated,

“It is with great regret that Trustees have concluded that without Mayoral support the project cannot be delivered. We are incredibly sad that we have not been able to make the dream of the Garden Bridge a reality and that the Mayor does not feel able to continue with the support he initially gave us. We had made great progress obtaining planning permission, satisfying most of our planning conditions and we had raised £70m of private money towards the project.”

Nowhere in the press release is there any acknowledgement that, according to current information, virtually all the money spent so far on the project came from the public purse.  The £70 million of private money described by Lord Davies in the letter was hypothetical and also fell short by tens of millions of what was actually required to complete construction of Thomas Heatherwick’s design, let alone to run the project at an estimated cost of at least £3 million per year.

The letter from Lord Davies also contained this expression of disappointment.

“The Garden Bridge would have been a unique place; a beautiful new green space in the heart of London, free to use and open to all, showcasing the best of British talent and innovation. It is all the more disappointing because the Trust was set up at the request of TfL, the organisation headed up by the Mayor, to deliver the project. It is a sad day for London because it is sending out a message to the world that we can no longer deliver such exciting projects.”

Critics of the project will have noted crocodiles bursting into tears across London on reading Lord Davies’ comment, pointing out that the smell rising from the Garden Bridge project has been long apparent to anyone who was not Boris Johnson, Boris Johnson’s childhood babysitter Joanna Lumley, Boris Johnson’s favorite designer and stylist Thomas Heatherwick and Boris Johnson’s University and Conservative Party chum, George Osborne.  The four people who more than any others gave the project what impetus it had.

The damning report commissioned by Sadiq Khan, Boris Johnson’s replacement as Mayor of London and carried out by respected former chair of the House of Common’s Public Accounts Committee Dame Margaret Hodge, was a catalogue of all that is worst in the specification, procurement, financing and management of major infrastructure projects.

Most damning, the Hodge Report found that former mayor Boris Johnson and his personal staff drove the project in response to,

“electoral cycles rather than value for money”,

allegedly pressuring officers and manipulating procurement processes at the Greater London Authority and Transport for London to ensure that the Garden Bridge project went ahead.

The David Cameron/Conservative Party “chumocracy” was then brought into play,with Mayor Johnson tapping up the Chancellor of the Exchequer, Mr Osborne, to supply further funds from Whitehall for a project no-one outside Mayor Johnson’s magic circle had asked for, at a time when London’s parks and green spaces, up to and including the Royal Botanical Gardens at Kew, were crying out for funding as the Government’s austerity programme bit deep.

Not only that.  Costs were allegedly deliberately front loaded to make the project more difficult to cancel and large grants, such as the £30 million from TfL were transferred in toto and were not staged and contingent on demonstrable progress in other areas of the project such as fund raising from the private sector.

In fact, for all the glossy PR and CGI impressions of a bucolic retreat for tourists on the South Bank, the Garden Bridge was a classic back of an envelope project because, as Dame Margaret Hodge also commented in her report,

“From its inception when there was confusion as to its [the Garden Bridge’s] purpose, through a weak business case that was constructed after contracts had been let and money had been spent, little regard has been had to value for money.”

“The goalposts have moved several times and each time the risks to the taxpayer have intensified.”

Against that background, recognizing the failings highlighted by the Garden Bridge fiasco and putting in place effective checks and balances to at least attempt to ensure that the planning and procurement system in London [and elsewhere] cannot again be hijacked so blatantly by a small group of individuals will be a test of the accountability of Downing Street, Whitehall and the Mayors office at City Hall.  Particularly so when the leading player in the faked procurement of the Garden Bridge is now Foreign Secretary and is still a potential future leader of the Conservative Party and perhaps the country.

The collapse of the Garden Bridge project is also a test for the newly installed editor of the London Standard newspaper who also supported the project while in his previous post.

George Osborne has been having a lot of fun attacking the Government led by his former colleague Theresa May from the editorial column of his paper.  However, the collapse of the Garden Bridge project is closer to home.  Mr Osborne matched Mayor Johnson’s largess, with the project being granted £30 million of Whitehall cash with very few questions asked, while the owner of the Standard, Yevgeny Lebedev, was originally listed as a “Governor” of the Garden Bridge Trust on the Trust website.

To bring the magic circle full circle, Mr Osborne’s predecessor as editor of the Standard, Sarah Sands, is a friend of Boris Johnson and worked with him on the Telegraph newspaper.  Under her tenure the paper became effectively a cheer leader and conduit for press releases for the Garden Bridge Trust.  Ms Sands now edits the agenda setting “Today” programme on BBC Radio 4, which, it was noted, has scarcely mentioned the travails of the former Mayor, and current Foreign Secretary’s pet project.  Quite the opposite to BBC 2’s Newsnight, under former Guardian journalist Ian Katz, which has followed the story consistently as a lead item.

Meanwhile in other news about leading Conservatives caught up in the fall out from the Garden Bridge, this morning Transport Secretary Chris Greyling, whose civil servants insisted on a written ministerial instruction from Mr Greyling’s predecessor, Conservative Party Chair Patrick McLaughlin, to overrule their misgivings about the Garden Bridge project, described the collapse of the project as “disappointing”.

There is one overwhelming  lesson to be learned about the collapse of one of the most misconceived and mismanaged infrastructure projects in living memory.

The Garden Bridge was only subjected to proper scrutiny by the determined and tireless efforts groups and individuals such as Thames Central Open Spaces and Folly for London and because Will Hurst, the editor of the Architects Journal, smelt a rat and a story, and began to use the Freedom of Information Act to prise the real story of the procurement of the bridge from under the slimy Thames side stones of City Hall.

Those groups and individuals did the work that the Central Government, the Greater London Authority, Westminster Council, Lambeth Council, Transport for London, the Port of London Authority, Historic England and every other publicly accountable body involved in green lighting the Garden Bridge, should have done and conspicuously failed to do in this case.

It is concerning to the heritage and conservation sector that Historic England in particular appears to have been intimidated by the prospect of finding itself opposing a scheme supported by Chancellor Osborne, just as the organisation was being spun off from the former English Heritage, with the Chancellor also in the process of determining what funding the new statutory organisation would get.   The result was a report to the planners which found that Thomas Heatherwick’s copper clad planters merely changed the historic views of St Paul’s Cathedral and the river Thames which are iconic to Londoners and which are known world wide through the paintings of Venetian master Canaletto.  The authorities at St Paul’s had not even been consulted about what Historic England described as the new opportunities to view the City of London.

That the Garden Bridge got as far as it did and wasted as much public cash as it has, demonstrates that the system of objective scrutiny of planning decisions is broken.  If publicly accountable bodies were doing their job properly it and held the confidence of the public, individuals would not be required to seek Judicial Review, potentially at great personal risk and cost or rely on catching the interest of a journalist and the public’s money could have been spent on genuine transport priorities.

The Garden Bridge debacle has also shown that the procurement planning system is particularly vulnerable and open to abuse in the case of projects such as the Garden Bridge which are the playthings of the politically powerful and socially well connected.  By those in fact, such as former London Mayor Boris Johnson at whose feet virtually the entire blame for the fiasco must lie.  People who, arguably, see public office as an opportunity to deploy, at best damaging, if sometimes well intentioned, patronage and, at worst, favoritism and favours for friends bordering on a corruption of the system.

As critics have been saying since the news of the final demise of the Garden Bridge broke this morning, the Garden Bridge was a project done to Londoners, not done with Londoners or by Londoners and now it turns out that tax payers in London and in the rest of the UK, may also have been done out of almost £50 million.

Incompetence on that scale requires further investigation by Parliament and, if necessary, other authorities including the Police and if those investigations show that any aspect of the Law has been broken, disbarment from directorships and public office and, if appropriate, civil or criminal charges, must follow.  Because, as the Economist Dan Anderson wrote in City Metric,

“If it seems extreme to tag the mayor of London, the chancellor and their Transport for London stooges as bullshitters, then it bears repeating that the whole of the taxpayer’s contribution to the Garden Bridge rests on a fundamentally dishonest Business Case.

It is a £60m document; and it isn’t worth a penny. Who is going to investigate that?”