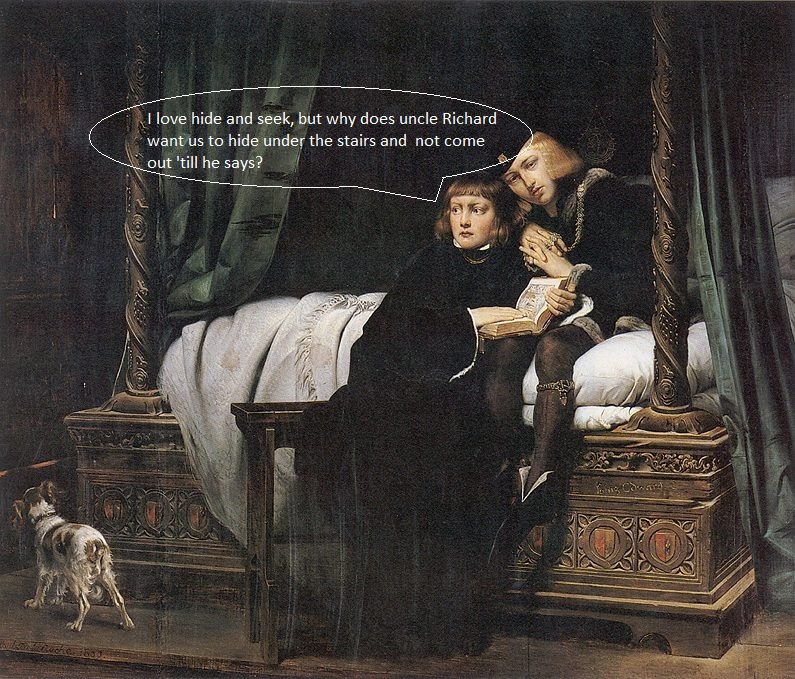 There are many signs that, as the medieval carol has it,  “Sumer is Icumen in.”

The sound of  balls being thwacked, in between torrential rain showers, and British tennis players almost making it into week two at Wimbledon is one.

An ITV 2 reality TV series featuring the conscious couplings, uncouplings and bantz of a group of buff young things marooned in a holiday villa with only remote controlled cameras for company is another [Yes Series 3 of “Love Island” is this Summers sleeper hit and guilty pleasure].

However, for connoisseurs of all things media related the real harbinger of Summer is the arrival of the so called “silly season” in the media.

With many hacks, and politicians, off on holiday to sup sangria in Spain, or Chianti in the family olive grove in Tuscany, media outlets still need to populate their websites and dead tree editions with content on days when President Trump fails to insult a female journalist, Kim Jong-un does not undertake another missile test and there is not another rumour that Prime Minister Theresa May is about to fall victim to a cabinet coup.

It is this need of the fourth estate to employ Private Eye’s famous hack, Phil Space, which means that another unmistakable sign of the start of the silly season is a news outlet publishing prominently a history or archaeology related story and through basic ignorance of the material, and a general, can’t be arsed to fact check ‘cos it will generate clicks, attitude,  getting the story almost entirely wrong.

As a case study in what to expect this year, thePipeLine decided to take  look at one of the first knackered swallows of the 2016 silly Summer which was spotted in the Mail On Sunday and posted in the Mail online.  We missed it at the time, but better late than never…

“Now Richard III’s skull may prove he DIDN’T kill princes: Mystery of the missing teeth could clear king of murder in the Tower”

The story, under the byline of Olga Craig, explained that Richard III expert Dr John Ashdown-Hill believed that a genetic anomaly observed in the jaw bones of the two alleged Princes in the Tower, whose alleged remains reside currently in an urn half way up the wall of Westminster Abbey, absolved their infamous uncle, King Richard III, of their murder.

There was one problem with the story as told by the Mail.  To quote Captain E Blackadder, “It was bollocks”.

The story focused on bones which were allegedly discovered by workmen digging beneath a stair well in the White Tower of the Tower of London in 1674.  Obviously this excavation was in pre Museum of London Archaeology days and so there is no excavation report or Harris matrix to give the find context [you see what we did there?]. Thus there was nothing but the circumstantial evidence of the finding of the skeletal remains of two children in the place where the Princes were last seen, coupled with more than a soupcon of wishful thinking, to confirm the identification of the remains.  Even so King Charles II ordered the bones to be re-interred in the Henry VII chapel of Westminster Abbey, inside an urn designed by Sir Christopher Wren on his day off from rebuilding London after the Great Fire.  King Charles had obviously not read the theory that it was King Richard’s nemesis Henry VII who actually did away with the boys.  Either that or he anticipated winding up the Richard the Third Society with the inappropriateness of the setting by three hundred years.

There the remains rested until 6 July 1933 when the urn was opened in the presence of Abbey archivist Lawrence E Tanner, anatomist Professor William Wright and dentist George Northcroft.  The bones were examined and photographed, with Tanner and Wright publishing their findings in the 1934 edition of the journal Archaeologia.  The two concluded that the skeletons were of the correct age for the Princes in 1483 and that one skull carried marks consistent with the story told by Sir Thomas Moore a generation after the event, that the two Princes were murdered by suffocation.  Unfortunately a later examination of the records and photographs of Tanner and Wright’s work concluded that they were rather too precise in aging the bones, that the alleged evidence of suffocation was no such thing and that, because the remains were pre pubertal, it could not even be said with any authority that the remains belonged to boys at all.

However, as far as Dr Ashdown-Hill was concerned the important element was that the jawbones of the individuals recovered carry a congenital abnormality called hypodontia.  That is missing teeth.  This trait is absent from the jaw of the forensically identified King in the car park and led Dr Ashdown-Hill to conclude that Richard III and the two individuals represented in the Tower of London find are not related.  Which is logical and in full accord with the evidence in so far as it exists.  Apart from the conjecture as to their identity as the two missing princes there is no reason why they should be related.  However, that conclusion is a bit awkward for the traditional version of the Princes in the Tower story and the identification of the remains memorialised in Westminster Abbey, as King Richard was meant to be the boys [wicked] uncle, the boys being the sons of his older brother King Edward IV.

“It’s my belief the bones exhumed from the Tower of London, long believed to be Richard III’s nephews, Edward and Richard, are more likely to be Anglo Saxon remains.”

This suggestion of an Anglo Saxon date, which is only suggestion because, apart from the fact the bones must pre-date their finding in 1674, there is absolutely no dating evidence of any kind regarding the alleged remains of  “the Princes”, would certainly come as no surprise to modern historians.  These days the tendency is to regard the whole Princes in the Tower issue as something of a popular sideshow in the political drama of late fifteenth century England, with the advocates of King Richard’s innocence pushing back against logic, historical probability and documentary evidence that Richard was suspected of murdering his nephews even in his lifetime.

So far so in accord with the known and limited evidence.  However, the story then goes full “Richard III didn’t do it, it was all Henry VII’s/the Duke Buckingham’s/Sir James Tyrell’s/Cardinal John Morton’s/Sir Robert Brackenbury’s/anyone but Richard’s, fault.”

‘It strongly suggests the bones have no blood relationship to King Richard. And if that is the case, it would put paid to the centuries-old belief that Richard killed his nephews. It is exciting that finding Richard could be instrumental in helping solve another of the most intriguing historical mysteries.’

Except that, as would be obvious to anyone giving this comment a moment of logical thought, the new evidence does no such thing.

Even if a family link was proven by a full DNA analysis, any lack of family relationship between the King of Leicester’s NCP and the individuals represented in the Westminster Abbey urn has no bearing whatsoever on the issue of whether evil uncle Richard ordered, or acquiesced in the killing of his nephews as recorded by Thomas Moore, dramatised by William Shakespeare, played memorably by Sir Lawrence Olivier and Sir Ian Mackellan and accepted most mainstream historians.

The article concluded with another comment from Dr Ashdown-Hill who was quoted as saying,

“‘I know the Queen is very reluctant to have any Royal remains disinterred and I understand her feelings. But I believe we should make an exception and solve this conundrum.’

Except that, even if the Royal family did allow the remains of its alleged members to be tested such a test could not conceivably bring any final closure either and why stop at just the Westminster remains?  What about the coffined remains of two allegedly unknown children found in the vault containing King Edward IV and his Queen Elizabeth Woodville at St George’s chapel Windsor, at St George’s chapel Windsor,

The most which any DNA test of the Westminster bones could prove is the sex of the individuals and a familial relationship between any individuals represented in the urn and possibly a relationship with other individuals or cultural/racial groups, including Richard III.  That and maybe some information about eye and hair colour.

Neither would DNA testing date the remains. Accurate dating to within weeks is a crucial element in determining who could have murdered the two princes.  That is if they were indeed murdered and one or both was not instead either the victim of one of late medieval London’s periodic epidemics, or were spirited out of the country to live happily ever after running “the Duchess of Burgundy”, a Plantagenet theme pub in Bruges.

In other words if a family link between King Richard III in Leicester and the Westminster Abbey remains were shown not to exist the two Princes would still be missing and Westminster Abbey would be shown to be hosting the memorial to two unknown children and some chickens.

The whole issue of the bones alleged to belong to the missing princes is a pigs breakfast of a historical story, but it is a story which the Dean of Westminster Abbey is unlikely to want to be shown up to be such, especially as this particular historical pigs breakfast [or lunch] is tucked away in an urn designed by England’s greatest architect, and is favorite stop for the over one million tourists who visit the Abbey every year.

As Leicester Cathedral has also recognised since its windfall of the King in the car park, dead Royals in a box are great box office.

thePipeLine is on the look out for this years silly season history and archaeology media fails-  if you spot one please let us know at <emailmortimer@gmail.com>