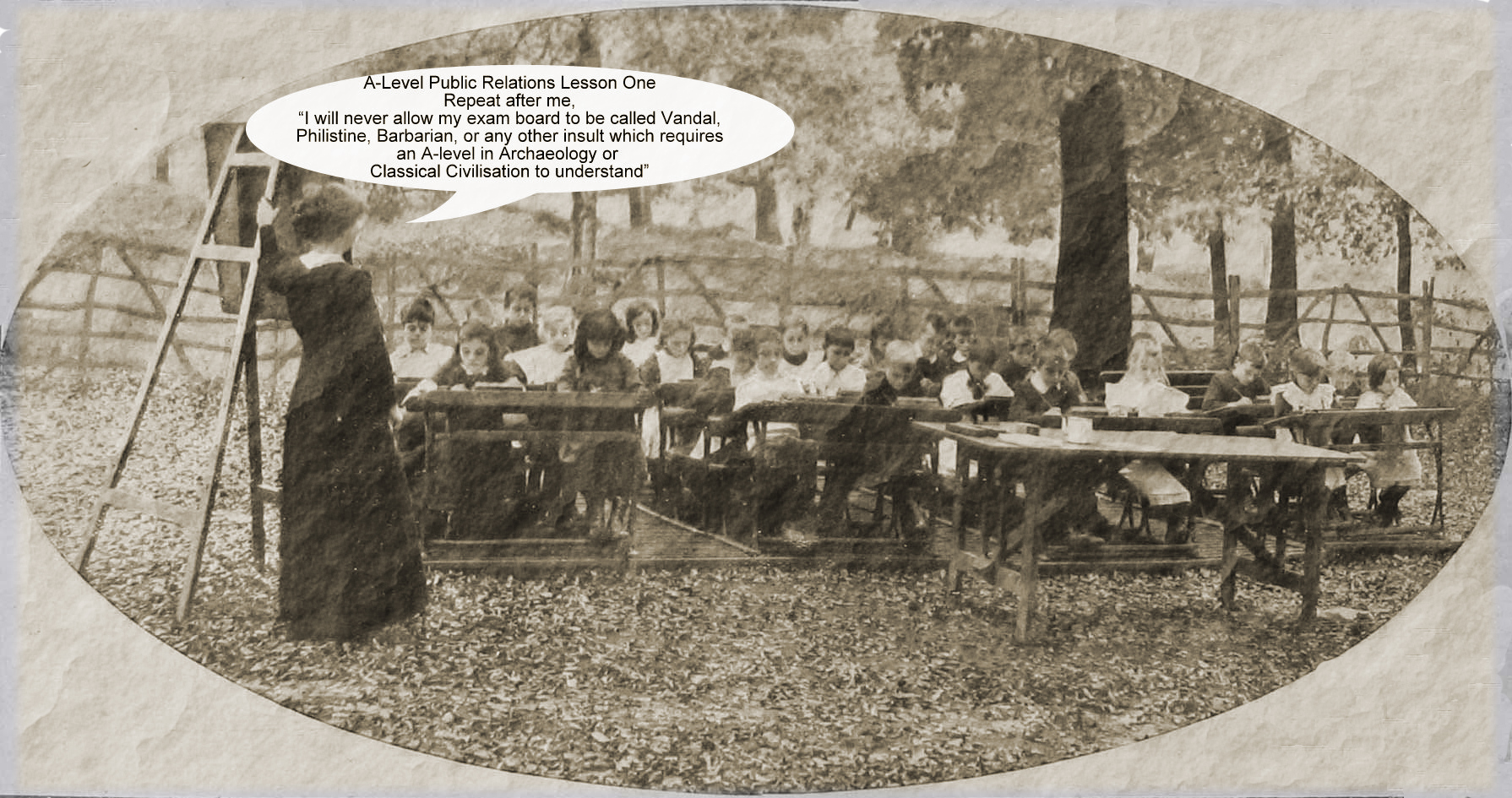 Minister of State at the Department of Education, Nick Gibb MP,  has been forced to intervene in the ongoing row over exam board AQA’s unilateral axing of A-Level Archaeology, and has confirmed that the Government was “disappointed” in AQA’s decision.  A comment which many see as a direct rebuke to the exam board.  Mr Gibb also appeared to leave the door open for AQA to reconsider its decision.

The Eduction Minister’s response to the controversy came in a written answer to a question tabled by Conservative MP Tim Loughton, the full text of which reads.

“The AQA exam board has taken the decision no longer to develop specifications for A and AS level archaeology. Whilst we are disappointed with this outcome, AQA is an independent organisation and is therefore free to make its own decisions on which qualifications to offer. In 2015/16, there were 340 entries for A level archaeology, including 332 in state-funded schools and Further Education colleges.”

While acknowledging that AQA was perfectly entitled to make the decision to axe archaeology A-Level, in what some analysts feel is a significant intervention in the controversy Mr Gibb added,

“We published content for archaeology AS/A level in January 2016. The option for AQA or another exam board to develop a specification in future will remain open.”

This comment appears to be both a vote of confidence in archaeology as an A-Level subject and an invitation for AQA to think again, or at the very least a signal that the Government hopes another exam board might take up A-level courses AQA abandoned unilaterally.

This would not be a difficult task as the new A-Level syllabus was almost ready to be introduced and a fresh support package for the course had been designed by AQA’s partners on a working party drawn from experts in the heritage sector, which included the Council for British Archaeology.

The key to the Government’s point of view probably lies in the use of the word “disappointed” in the main body of the Minister’s answer.  Seasoned Whitehall watchers point out that in the multi layered language of the British Civil Service “disappointed” in this context actually means “we are hopping mad to have been dumped into a totally unnecessary, high profile, row which is embarassing to Ministers and other senior politicians, with no warning”.

Since the news of the axing of A-Level Archaeology and a swathe of other A-levels including Art History and Classical Civilisation, the focus of blame has been largely on the Government and on former Secretary of State for Education Michael Gove, rather than AQA; with the Government facing a series of stinging articles in the broadsheet media and pithy, if not downright abusive comments in the Social Media, including acid drops from the like of Simon Schama and Sunday Times art critic and broadcaster Waldemar Januszczak.

On 16 October Mr Januszczak began his article about the axing of Art History in the Sunday Times [Paywall] with the paragraph,

“Inane decisions have come at us like a water cannon this year, so none of us ought really to be surprised by any announcement. But the news that art history is to be dropped from the A-level syllabus after 2018 had me clutching for an armrest. Is it Halloween already? Are the National Socialists back?”

“Wtf..? So basically the idea is to eliminate the deep wisdom of the past (and present) altogether for anyone not in private school. Heinous”

Actor, broadcaster and Time Team Everyman, Sir Tony Robinson, also joined in the chorus of disapproval, using an interview on Talk Radio to suggest that responsibility for the decision lay with Mr Gove, and that as soon as newly appointed Education Secretary Justine Greening was fully across her brief, she might see the sense in asking AQA to reconsider.

However, speaking before the publication of Mr Loughtons question a spokesperson for AQA showed no sign of backing down, telling thePipeLine,

“Our decision wasn’t about money or whether these subjects deserve a place in the curriculum.

We offer a very wide range of subjects, some popular, some not. The issue is the requirements we have to meet in terms of the design of the syllabus and how the subjects have to be assessed.

We wanted to continue with these subjects, and the best experts in the country have tried to produce assessments that meet the requirements and can also be accurately marked and graded – but the risks are too high.

We understand the disappointment of the subject communities and, having tried for the past year to make these subjects work at A-level, regret that we weren’t able to achieve this.”

“There are a number of petitions and press release making allegations that our decision is financially motivated, and that we only want to offer ‘core subjects’ – these allegations are wrong.

We do understand the disappointment from the sectors, and we’ve been working hard over the last few days to respond to as many people as possible who’ve contacted us.”

AQA has also published a Question and Answer page putting its side of the argument.

The principle petition asking AQA to reinstate the A-level, which was started by Dr Dan Boatright now stands at over twelve thousand  names.