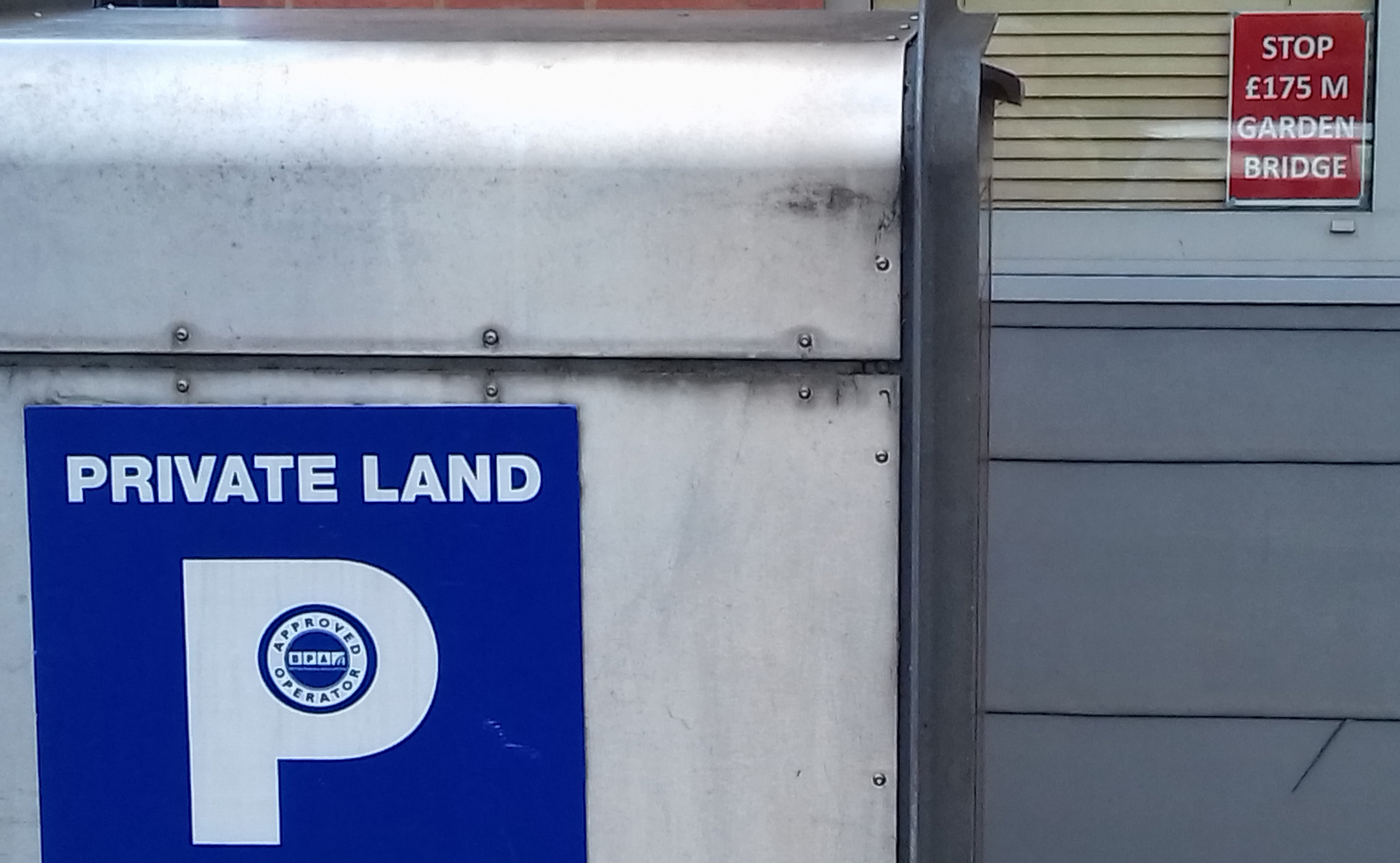 Following the unceremonious  defenestration of its deputy chief Parliamentary  cheerleader and chief Whitehall funder, former Chancellor of the Exchequer George Osborne, the abrupt regime change in Downing Street, brought about by the Brexit vote may be about to deliver another high profile political casualty, the beleaguered London Garden Bridge itself. The decision as to whether or not the Government will offer continued financial support guaranteeing the project could be made as soon as this week with the new Secretary of State for Transport, Chris Greyling coming under pressure from the Garden Bridge Trust to extend a Government financial guarantee, which is about to expire, for a further year, in spite of more damning criticism of the financial planning of the Garden Bridge Trust and reports that Whitehall civil servants are finding it increasingly difficult to justify the public components of the £175 million project.  Central to the problems the project faces in Whitehall is the fact that the Garden Bridge was originally promoted by its originator, actress Joanna Lumley, as a private sector “gift” to the people of London, yet now it appears to be kept alive only by Government guarantees of tax payer bail outs.  If Mr Greyling fails to renew the guarantee the project could fail and even if he does renew the fund the Garden Bridge still faces further obstacles, including a legal challenge, a multi million pound fund raising shortfall, and the failure of London Mayor Sadiq Khan to sign off on still more financial guarantees covering the project’s running costs.

A hint that all might not be well with the project came late last week [22 July 2016] when the Garden Bridge Trust, the charity set up to manage the proposed visitor attraction/commuter route, between Temple underground  station and the South Bank, made public the contents of  a letter from its chair, Lord Davies of Abersoch, to newly appointed Secretary of state for Transport, Chris Greyling, asking Mr Greyling to extend until September 2017 the guarantee of £15 million from the Department for Transport, which underwrites the project.

The letter claimed that;

“This country is known and applauded for its creativity, innovation and ability to deliver,” adding “The Garden Bridge demonstrates the entrepreneurial spirit of the capital and the country.”

and clearly hoping to capitalise on the Government’s mantra that Britain remained an outward looking nation, even post Brexit, Lord Davies concluded;
“With continued support from you and the Government the Garden Bridge will be a very tangible and very visible example of what we in the UK stand for and can deliver.”

To critics of the project the letter was another case of the Garden Bridge doing what it does best, deploying flattery, smoke and mirrors to try to lobby a politician and putting that politician under additional pressure by having the lobbying effort reported uncritically in London’s evening newspaper, the Evening Standard.  In this case the target of the lobbying was the new Transport Secretary, who the Trust might hope, could be persuaded to reboot the project over the head of Mayor of London Sadiq Khan who has used his powers to halt preparatory work at Temple station temporarily, and has vowed that no more public money will be committed to the project.

It has also been observed that the timing of the renewed lobbying effort might have something to do with the damning report investigating the Garden Bridge Trust’s business plan, published by specialist consultant Dan Anderson.  Working independently Mr Anderson concluded that the Trust’s business plan, presented in March 2016 and eventually released to the public by City Hall when Sadiq Khan took over as mayor in May, was so flawed that it would almost certainly have failed to pass muster for a low level National Lottery grant, let alone survive any serious scrutiny by Transport for London.  As to Transport for London’s actual scrutiny of the project under Boris Johnson’s chairmanship and mayoralty, Anderson concludes;

“To be awarded a grant from HLF or ACE or Sport England, applicants need to provide business plans that are much more rigorous and better supported by market research than anything that has been publicly released for The Garden Bridge. One has to wonder, therefore, if Transport for London is providing sufficiently robust oversight of the project.”
To add to the woes of the Garden Bridge Trust, last night [25 July 2016], the BBC’s flagship current affairs programme Newsnight reported that post George Osborne Whitehall is understood to be firmly out of love with actor Joanna Lumley’s brainchild.  The report by Newsnight’s Political Editor Nick Watt, disclosed that civil servants were questioning whether it was appropriate to commit tax payers money to the project when there was a high risk the Garden Bridge Trust would fail to meet its fund raising targets, with the result that the same taxpayers would be forced to pick up the running costs and where the bridge, which was justified as a new commuter route, would actually be shut at least twelve days per year for events.

One Whitehall source pointed up this central contradiction in the whole concept of the Garden Bridge as a genuine commuter route telling Mr Watt;

Nick Watt’s report also noted that with the former Chancellor, and champion of the bridge, George Osborne now exiled to the back benches,  around the Cabinet table former London Mayor Boris Johnson was now a “lone voice” for the Garden Bridge.  This raises the question of whether, following his appointment as Foreign Secretary and with it the significant new challenge of appearing like a serious politician, Boris Johnson can afford to  maintain even that level of support for his childhood babysitter, Ms Lumley’s brainchild.

Now it looks as if another friend of Mr Johnson, Standard editor Sarah Sands, is trying to stiffen Mr Johnsons resolve to speak up for the Garden Bridge.  Writing in an opinion piece published today by the Standard, Ms Sands bemoans the post Brexit atmosphere in London which she defines as asking the question why? rather than saying why not?  With the prevailing ethos being one of putting the alleged “Metropolitan Elite”, personified by Mr Osborne, Mr Johnson, Thomans Heatherwick and Joanna Lumley in their place.  In so doing she also seems to admit the game could be all but up for Heatherwick and Lumley’s greenwashed planters.

“It was following the Olympics that the wonder boy of the opening ceremony, Thomas Heatherwick, was commissioned to design the Garden Bridge for the Thames. Now an alliance of the hatchet-faced Left and accountants from the Right may do for it.

They don’t like the people who are paying for it, they dislike its lure for tourists, they do not understand the need for a new wonder of London, just as there was no need for the Gardens of Babylon.”