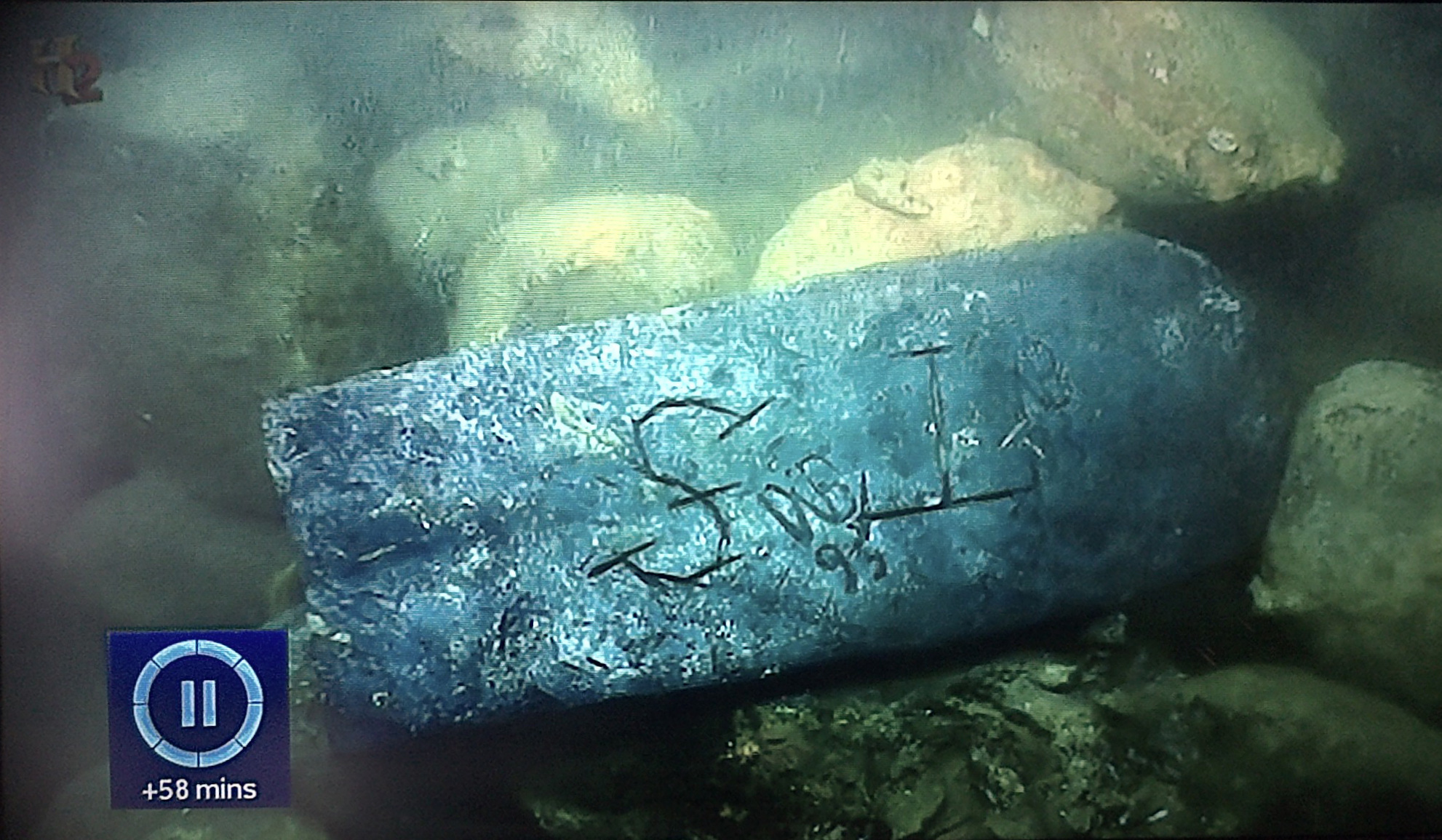 REVIEW: WHO DO YOU THINK YOU ARE KIDDING MR CLIFFORD?

[H2/October Films:  Fair use for the purpose of review and criticism]

“Pirate Treasure of the Knights Templar” [October Films on H2]

Ever since Dan Brown released his best selling fictionalisation of pseudo history “The Da Vinci Code”, which in turn was based on the Priory of Sion hoax which took in the authors of the similarly best selling “The Holy Blood and the Holy Grail”, the Knights Templar have been a key ingredient of any literary or TV conspiracy theory.   At the same time, the success of what many critics see as the increasingly formulaic “Pirates of the Caribbean” films and the television series “Black Sails”, have demonstrated what generations of fans of genre swashbuckling historical fiction from Robert Louis Stevenson to Errol Flynn already knew; Pirates are good box office.

Now, if you could combine the Knights Templar with Pirates…?

Fortunately anything is possible in pseudo history and the result of the latest mash up from the creatives in the parallel universe of TV factual production can be seen in “Pirate Treasure of the Knights Templar” [October Films] which has just made its UK TV debut on the History Channel’s junior partner H2, after earlier runs in graveyard slots in History’s outlets across the Atlantic.

Appropriately for a series which leans heavily on the supposed mythology of Medieval Christianity, the series made its, largely unheralded, first appearance in the UK on Easter Monday.  The day when traditionally people are feeling a bit sick after eating too much chocolate and rich food.  Any archaeologist or historian who tuned in to October Films’ epic could well have found themselves feeling equally sick at the traducing of any sense of genuine historical inquiry.

Instead viewers were treated to a typically breathless journey through a conspiracy narrative, full of dog whistle words like Treasure and Freemason and where whole continents, and centuries of inconvenient time, are leapfrogged to build a chain of “evidence” proving the central conspiracy thesis.

In this case that thesis is that the genuine 17th century Privateer, turned alleged pirate, William Kidd, was actually a Scottish Freemason using rituals and symbols directly descending from the Knights Templar via the Portuguese Order of Christ.  This theory holds that Captain Kidd’s fabled lost treasure could actually have been that of the Knights Templar which allegedly vanished when the order was suppressed by French King Philip IV in October 1307 and which some claim was spirited across the Atlantic to America for safe keeping.  Possibly being buried in that other staple of TV conspiracy theory, the Oak Island Money Pit.

The waterlogged elements of the “documentary” are dealt with by American diver and explorer Barry Clifford who has spent a number of years visiting the Ille Sainte Marie on the Indian Ocean island of Madagascar where Captain Kidd’s “Adventure Galley” worn out, worm eaten and leaking badly, was allegedly stripped and burnt out in 1698.  While the Knights Templar angle is handled by a globe trotting “Forensic Geologist”, or according to the History website “historian” Scott Wolter, best known to TV viewers as the presenter of another pseudo history series, “America Unearthed”.  So far in the new series Mr Wolter has visited New York, Portugal and Jerusalem and has got to say “Wow” a lot, before finally ending up in Madagascar to share his findings with Mr Clifford and take an archaeologically unnecessary, but very telegenic, ride in an expensive looking speedboat.

Back on dry land and in the editing suite, students of TV Trivia and the Internet Movie Database [IMDb], will enjoy the fact that the commentary in the UK version of the series  is voiced by actor and voice over artist  Simon Allix, a blameless individual who also voices that other breakthrough academic investigation  “Ancient Aliens”.  Here Mr Allix has the slight advantage over the on screen talent, of knowing that,  however excited Mr Clifford and his team might appear to get about a large silvery grey ingot which is repeatedly described as part of Captain Kidd’s Treasure, the ingot is actually a 94% pure lead, almost certainly from a ship’s ballast.  Not for the first time in such documentaries, the commentary has to be used to rein in the expectations of the audience and prepare them for disappointment.

This defensive approach when faced with the certainty of being found out is now becoming something of a trope in pseudo historical and historical exploitation TV.  ClearStory Productions, the producers of the almost universally derided “Battlefield Recovery”, attempted a similar post production smoke and mirrors operation when the outcry which saw their series cancelled by the National Geographic Channel forced them to add subtitles and disclaimers to the broadcast version which had the effect of undermining the entire credibility of their films and actually pointing up the alleged shortcomings.

Returning to the search for the Templar/Pirate Treasure, and ratings, typical of this kind of intellectually dishonest, pseudo investigation, any independent experts taking part tend to be drawn from the kind of researchers who tend not to have their research published in peer reviewed historical and archaeological journals.   For example psychologist and Freemason Mark Koltko-Rivera, who Mr Wolter interviews in New York to reveal what historians have known for years.  That William Kidd was acting for a group of wealthy investors.  Meanwhile, mainstream archaeologists and scholars, where they appear at all, tend to take on roles largely reduced to nodding and agreeing with historically vacuous, open statements from either Mr Wolter or Mr Clifford.

Of course, if Mr Wolter had taken a genuine expert in the iconography of colonial period grave stones into the graveyard of  Trinity Church Manhattan, he might not have misidentified a standard skull and cross bones memento mori symbol on many of the graves as “a symbol of pirates,” rather than what it is; a standard symbol of mortality and death common on 17th and 18th century headstones.  Indeed, the skull and cross bones was just one of many designs associated with death and blood which are recorded as being used by Pirate captains and if it came into general use at all, it was probably not until some thirty years after Kidd was hanged in 1701.

However, perhaps the most interesting part of the entire farrago is that when a year ago, Mr Clifford, October Films and the History Channel were claiming to have identified part of “Captain Kidd’s treasure” at Ille Sainte Marie, at the same time roping in the President of Madagascar and the Ambassadors of the USA and Great Britain to take part in a full blown media call, Mr Wolter and his Knights Templar theory were no-where to be seen.

It is equally curious that if you look on the web site of October Films you will find that their new series is also conspicuous by its absence.

thePipeLine can suggest a possible reason for this.  In September 2014 UNESCO issued a damning report into Mr Clifford’s claim that he had located the wreck of the flagship of Christopher Columbus, the Santa Maria.

By a strange coincidence both the research on the alleged wreck site of the Santa Maria and the proposed work on Madagascar looking for Captain Kidd’s “Adventure Galley” were to be the subject of documentaries from “October Films” and in undertaking to follow Mr Clifford’s work the TV company and the History channel, which is owned by the Arts and Entertainment Network, will have already committed a lot of money to the venture.  Money which they will have been under pressure to recoup.

However, in the wake of the UNESCO report into the Santa Maria debacle the credibility of any project based on claims made by Mr Clifford was rapidly approaching zero.

Given that, there was nothing to be lost by the producers parachuting Mr Wolter into the format and sending the whole project sailing off over the horizon to the land of make believe, where facts are anything you want them to be, and the only danger is poor ratings for a dull, repetitive product involving middle aged white men telling conspiracy tales, which means you are unlikely to get the series recommissioned, [and perhaps running into the odd homicidal Albino Monk who cares about scholarship].

Unfortunately, in trying to rescue their investment by excavating on the site in the first place, October Films seem also to have broken the terms of the filming permit they had been granted by the Malagasy Government; as another UNESCO team revealed when they were called in by the Government to try to get to the bottom of what Mr Clifford and October Films had actually been up to at Ille Sainte Marie.

It did not help that the company are also alleged to have failed to inform the Government that Mr Clifford was involved in the filming, even though he had held a concession to work the site and split any finds 50:50 with the Government.  A concession which had recently been rendered void after Madagascar signed the UNESCO Convention on the Protection of the Underwater Cultural Heritage.

That is the real reason why the climax of episode three of “Pirate Treasure of the Knights Templar” showed Malagasy Government Officials “inexplicably” closing down the October Films/Barry Clifford excavation.

If there was a conspiracy centered on the Ille Sainte Marie it was not an 17th century cover up of  the location of lost Templar Treasure.  According to the evidence presented by UNESCO, it was a self serving and ultimately inept, attempt to get away with breaking the local rules protecting Madagascar’s maritime heritage, to make a documentary about an expedition the results of which UNESCO described as being;

“…distinguished by a media‐led approach, which has not respected the regulations of the 2001 [UNESCO] Convention, and which jeopardized the scientific understanding of the sites concerned and the preservation of the artefacts recovered. From a scientific point of view the results achieved are unreliable…”

Unreliable because the UNESCO team also concluded that the wreck mound of the “Adventure Galley” is;

If this is what happened, thePipeLine suggests that the next production the History Channel commissions from October Films should be a remake of “Shameless”.

“Pirate Treasure of the Knights Templar” continues on H2 in the UK.

REVIEW: WHO DO YOU THINK YOU ARE KIDDING MR CLIFFORD?