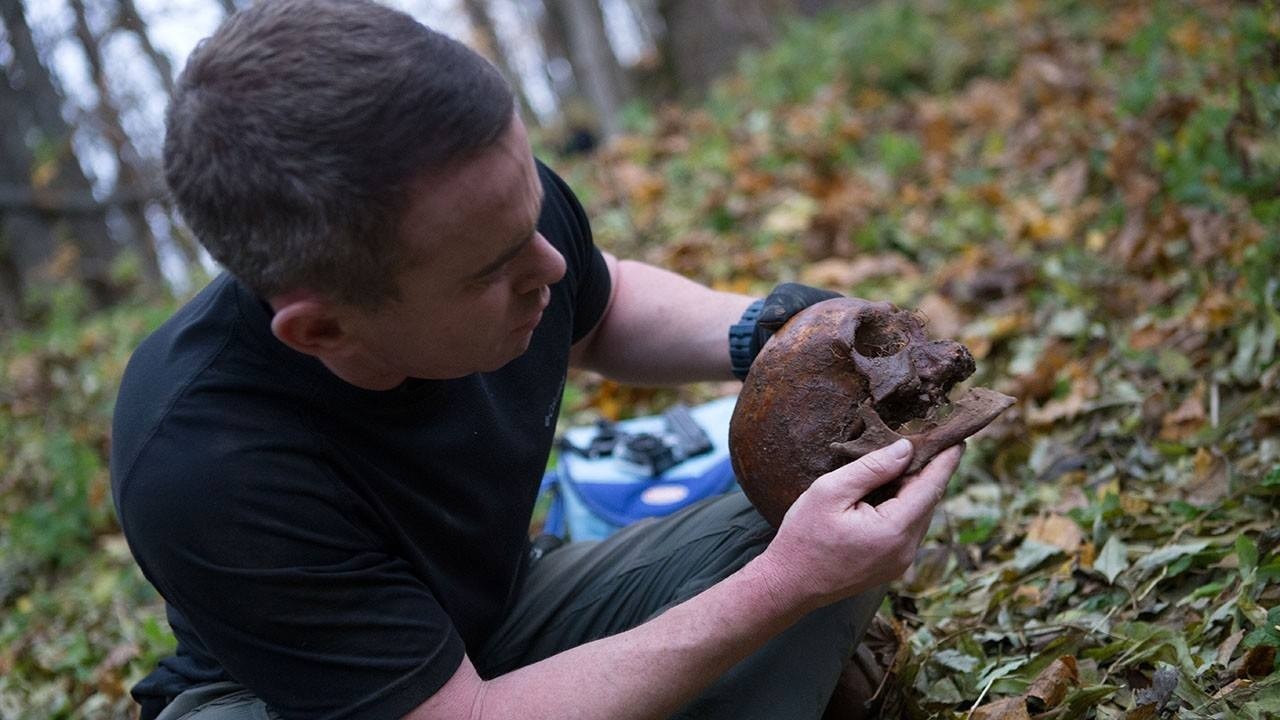 London production company Clearstory have  issued a statement [dated Thursday 1 October] in response to thePipeLine’s story of Thursday that they have resurrected the cancelled battlefield metal detecting series “Nazi War Diggers”, rebranded it as “Battlefield Recovery” and sold it to the Discovery Channel.

We have been asked that if we publish the statement we do so in full which thePipeLine is happy to do as it speaks volumes about how seriously Clearstory are taking the criticisms of the series from archaeologists in the UK and now thanks to Paul Barford, Poland where the series is currently being broadcast.

“First and foremost it is important to reiterate that ClearStory, the cast and the local organisations, with whom we worked very closely, made these films for an entirely positive purpose – to recover artefacts, hand over excavated items to authorities for safe keeping, and bury the dead with honour. We are absolutely not glorifying the atrocities of the Second World War, or the Nazi regime, and to suggest otherwise would be categorically untrue, and deeply offensive to everyone involved.

“In addition, far from promoting this activity, every episode of the series features a repeated editorial line that warns against unlicensed battlefield looting.

“We feel that the core messages about the purpose, compliance and methodologies of the series have not been properly communicated thus far, which we believe has led to confusion and misunderstanding, and misinformation being reported online on blogs such as yours – which we would like to correct.

“We have produced a series that attempts to recover and explain history to a wider audience. The series was made in such a way that it was fully compliant both legally and editorially, and also respectful to the dead and anyone who might have a connection to any of the fallen soldiers.

“Whilst the series may have a new title, to be clear, there are no compliance issues with the content and there never have been, and so there is no reason for the programmes to be re-edited.  All of the activity that features within the shows is legal, safe and in accordance with the relevant guidelines, which we have the appropriate documentation for. We worked in collaboration with various organisations locally in Eastern Europe.  They have endorsed our work and we are still in regular contact with them.

“All we would ask is that the archaeology blogging community takes all of above points into consideration and at least views the series, should it become available in the UK, before making a swift judgement. That way at least a fair assessment can be made on the overall content and purpose of the programmes.

“We would also ask that you consider your intemperate use of language on your blog. Your comparison of us to ‘Call of Duty’ avatars that must be blown to bits is, as you can imagine, highly disturbing, as is your macabre choice of a main photo taken from a Hollywood horror film.  ClearStory does not want to be associated with hateful and ad hominem online discourse.”

The key point about this statement is that it was issued not by the producers of the programme and not even by Clearstory itself, but through a specialist public relations company.  In other words, just as in the original controversy in March 2014 when National Geographic and its parent the Fox Network, treated serious criticisms about what were the indisputably unethical and dangerous activity and practices depicted on what was then titled  “Nazi War Diggers” as a public relations problem, Clearstory too sees serious, closely argued criticism as something which can be made to go away by a  bland statement, and a rebranding.

What is absolutely clear from the statement is that Clearstory refuse to address any of the key questions about the programme which we asked yesterday.  In particular the claim that there are no compliance or content issues and thus there is no reason for the content of the programme to be re-edited is either naively incompetent, or deliberately disingenuous.

Let us be clear.  Clearstory have been accused of creating a TV series using amateur presenters digging in one of the most dangerously contaminated battlefields in Europe, the Kurland Kessel, unsupervised and unsupported by professional conflict and forensic archaeologists and explosive ordnance disposal operators, where they deliberately dug up weapons, ammunition and human remains and handled this material in a way which was inappropriate and tasteless at best and at worst downright dangerous.  Issues which could see the programme fall foul of UK OFCOM guidelines.  The series then moved to Poland and created the illusion that its presenters were closely involved in the work of POMOST when in fact under Polish law and practice the work was done by POMOST.  This with the result that, as we reported yesterday, a spokesperson for  POMOST told thePipeLine they never wish to work with Clearstory again.

It is also the case that in spite of repeated requests for Clearstory to publish the details of the various dig permits they claim the series was made in compliance with, thus far they have declined to do so.

Indeed, faced with those accusations, and that is all they are at the moment, albeit accusations based on the evidence of the programmes as trailed in 2014 and 2015 and as broadcast in Poland, as well as background research by a number of archaeologists and specialists in the archaeological media including this blog, Clearstory have simply put their hands over their ears, and said “Nah nah ne nah nah” via a Public Relations company.  It is not good enough.

With Media power comes responsibility and the archaeological community now has a choice.  Does it accept that it can exert no control or influence over the way the search for information about our shared past is depicted in the Media or does hold the Media to account and fight back against the current wave of  lowest common denominator cynical commissioning which lies behind not just Nazi War Diggers/Battlefield Recovery, but historically and scientifically worthless infotainment like “Ancient Aliens”, “American Diggers”, and “America Unearthed” and corporate videos like Odyssey Marine Exploration’s “Treasure Quest”, all of which currently pass for History Factual on many of our TV networks?  Programmes which either commodify the past or treat scholarship and evidence as a conspiracy.

It is not about censoring Nazi War Diggers/Battlefield Recovery.  It is about making sure it is that the claims of people who say that by recovering artefacts, and even the remains of the dead without plan, record or publication, they are somehow honouring the past are treated with proper journalistic scepticism.  While thePipeLine is levelling no accusations against the four presenters of Nazi War Diggers/Battlefield Recovery, at a journalistic and academic level the real story, which Clearstory missed by a country mile,  is that metal detecting on battlefields and military sites is more often honouring private militaria collections, and often recovering potentially dangerous explosives and controlled weapons.  An issue which is increasingly recognised by law enforcement authorities as is witnessed by last years arrest of metal detectorists in the UK, at least one of whom has now been charged with firearms and ammunition offences  [http://www.bbc.co.uk/news/uk-england-beds-bucks-herts-33368226].  This activity is also damaging or destroying conflict archaeology even as the discipline is being recognised both in research terms and as a fantastic tool for engaging a much wider audience than often engages with archaeology.

thePipeLine was recently told by one experienced producer of archaeological factual programmes that they had actually left the industry because “I wanted to make interesting programmes with integrity – not something the current media landscape in the UK is even remotely interested in doing I am sorry to say”.  “Nazi War Diggers/Battlefield Recovery” is a case in point.  As was reported last year in “Heritage Daily” Clearstory approached or worked with a number of archaeologists and historians during the development of Nazi War Diggers/Battlefield Recovery.  However, as soon as questions were raised about the approach of the series and the need to be seen to act ethically and safely that advice was disregarded.  That is why Nazi War Diggers/Battlefield Recovery became such morally cheap TV, it was also financially cheap TV and took the easy route to battlefields where the presenters could, like increasing numbers of European based metal detectorists, dig up lots of big boys toys in an environment where there is less regulation and policing than in the previously popular battlefields of France and Belgium.  This is why thePipeLine argues that the archaeology and heritage sector need to fight back against the rising tide of media historical effluent.

PS:  Upset by the Nazi Zombies:  Oh dear, it’s called satire.  Nazi Zombies are a common trope in film and video games and this programme is truly one of Television’s Living Dead which we all hoped had been laid to rest last year.  So given the programme’s deliberate, dog whistle association with weapons, bodies and Nazi’s it is also fair comment.  These metropolitan media types can be such sensitive flowers.