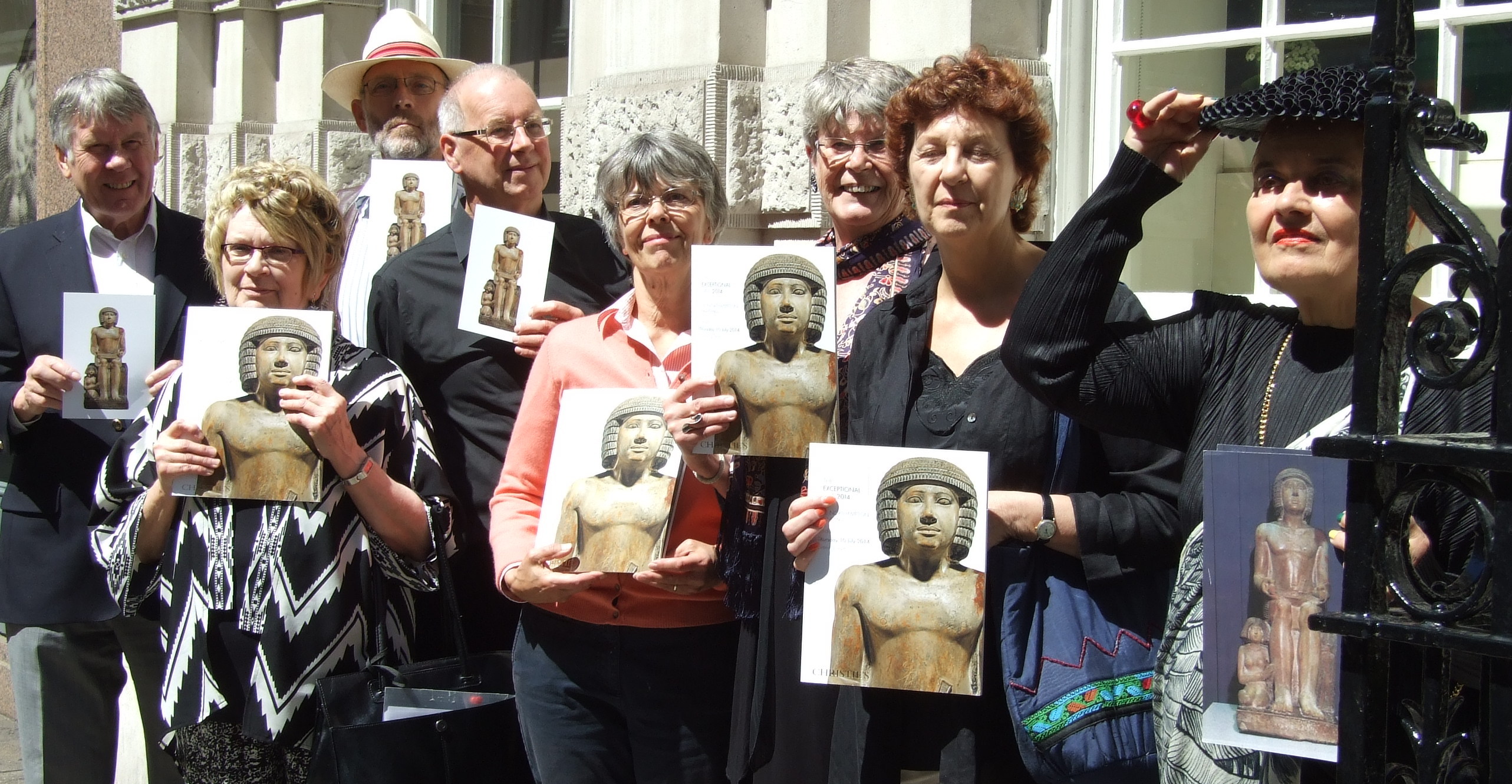 In a surprise announcement put out in London today, Friday 2 October, the Department for Culture Media and Sport has confirmed that the Temporary Export Ban on the statue of the Egyptian Scribe Sekhemka, which was sold controversially by Northampton Borough Council in July 2014 for £15.76 million, has been extended to 29 March 2016.

The DCMS states that the unexpected move comes “Following notification of a serious intention to raise funds to save the Sekhemka statue for the UK,…”

The move will be seen as a triumph for the campaigners of the Save Sekhemka Action Groups in London and Cairo who have campaigned tirelessly to highlight what the Museums Association called the unethical sale of the statue, which was formerly part of the collection of Northampton Museum, and to highlight the danger such sales pose to not just museum collections but also antiquities in general through the pumping of auction house hammer prices inviting the theft and looting of artifacts to feed the commercial antiquities market.  The move also takes the pressure off the UK Government who are involved in a delicate relationship with the Government of Egypt at a particularly sensitive time for the Middle East.

The big question is who would raise serious money to buy Sekhemka? UK Museums would appear to be barred from raising the funds because of the principle of not supporting cross subsidy.  Therefore the question must be is this a maneuver to take the heat out of the controversy and find time for diplomats at the DCMS and Foreign Office to broker a behind the scenes solution with the rumoured Qatari buyer in advance of the proposed visit to the UK of Egyptian President Abdel Fattah el-Sisi?