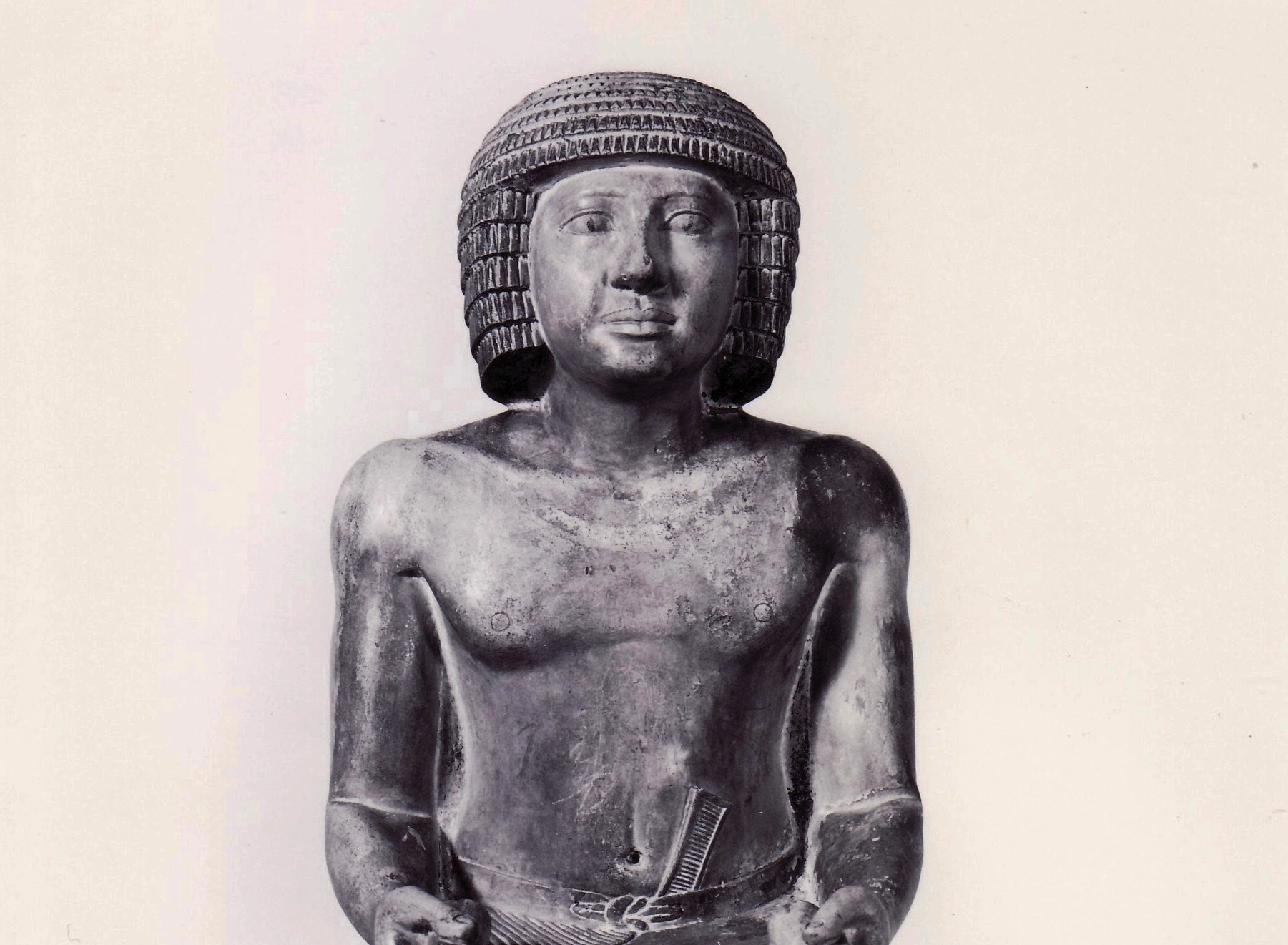 As the end of the temporary export ban on the funeral Egyptian statue of the court scribe Sekhemka approaches on 29 July, critics of the sale of the statue are claiming that the new leader of Northampton Borough Council has proven she is a chip off the former Council Leader’s thick eared block.  Cllr Mary Markham, the Conservative Group Mini Me who succeeded the former Leader and Cultural Dr Evil, David Mackintosh in May when Mr Mackintosh became MP for Northampton South at the General Election, has told the BBC that even with the benefit of hindsight, given the chance, the council would “definitely” still sell the statue.

In a further comment which is sure to infuriate campaigners and critics of the sale in both the UK and Egypt alike, Cllr Markham added that

“We did not expect the issue of the sale to go global.”
http://www.bbc.co.uk/news/uk-england-northamptonshire-33607855

Critics of the sale point out that this is an admission of the sheer ignorance and tunnel vision which was the signature of Cllr Mackintosh and Northampton Council throughout the Sekhemka crisis.  Mr Mackintosh and the Council were clearly told before the sale that to dispose of an internationally important statue, from a public collection, through a commercial auction house, Christie’s, at a time when the trafficking of antiquities by criminal gangs and even terrorist groups such as Daesh/ISIL was a rising global issue, driven in part by high auction prices, would turn Northampton into a pariah in the Museum World, cut off funding streams and cause the cultural equivalent of an international incident.

“ICOM is also concerned that the sale of the statue, estimated between 5 and 7.5 million euros, according to the same press release, may result in an increase of illicit excavation and trafficking of antiquities in Egypt, an area already exposed to such risks.”
http://icom.museum/press-releases/press-release/article/sale-of-sekhemka-statue-at-christies-icom-cipeg-expresses-

In the event the effect on price inflation was even worse than the committee feared as the statue sold for £15.76 million.  The ICOM statement concluded that the committee members were

“… concerned that, as a consequence, a well-known masterpiece of Egyptian art may disappear into a private collection, making it inaccessible to the general public, students, and scholars. CIPEG urges the Northampton Borough Council to abandon the sale of the statue of Sekhemka, and thereby to set an example of ethical behavior on the part of a public institution which acts as custodian for objects of world cultural importance.”

However the Council chose to ignore not just ICOM and its 35,000 members from 136 countries, but also the advice and pleas of organisations such as Arts Council England, the Art Fund and the UK Museums Association as well as the Egyptian Embassy.

As is now known, the statue was indeed purchased by an anonymous buyer and has not been seen in public for over a year.  Northampton lost its Museum Accreditation and access to millions of pounds of public and lottery funding and, at the time of writing, it is not clear if the statue will ever be seen in public again.  Particularly as the Northampton based Save Sekhemka Action Group and the Museum World have taken the principled stand that to attempt to raise money to buy the statue and prevent it leaving the UK would be to legitimise an illegitimate sale.  Thus far, in spite of the export ban demonstrating that the statue is of national importance to the UK’s cultural identity, the Arts Council and the Department for Culture Media and Sport have also declined to try to broker a deal with the owner which would see the statue placed in a UK Museum.

Meanwhile, given her level of insight into the Sekhemka debacle which she demonstrates in this interview, Cllr Markham has clearly placed herself in the running to retain Private Eye’s prestigious “Philistine of the Year” award in Northampton for the second year in a row.  The then Councillor Mackintosh was the runaway winner for 2014.  Meanwhile campaigners would probably also advise the people of Northampton to beware anything Cllr Markham says regardless of the subject.  This level of knowledge and sensitivity demonstrated in the BBC interview suggests she would have trouble identifying the religion practised by the Bishop of Rome and the sanitary habits of woodland dwelling bears.