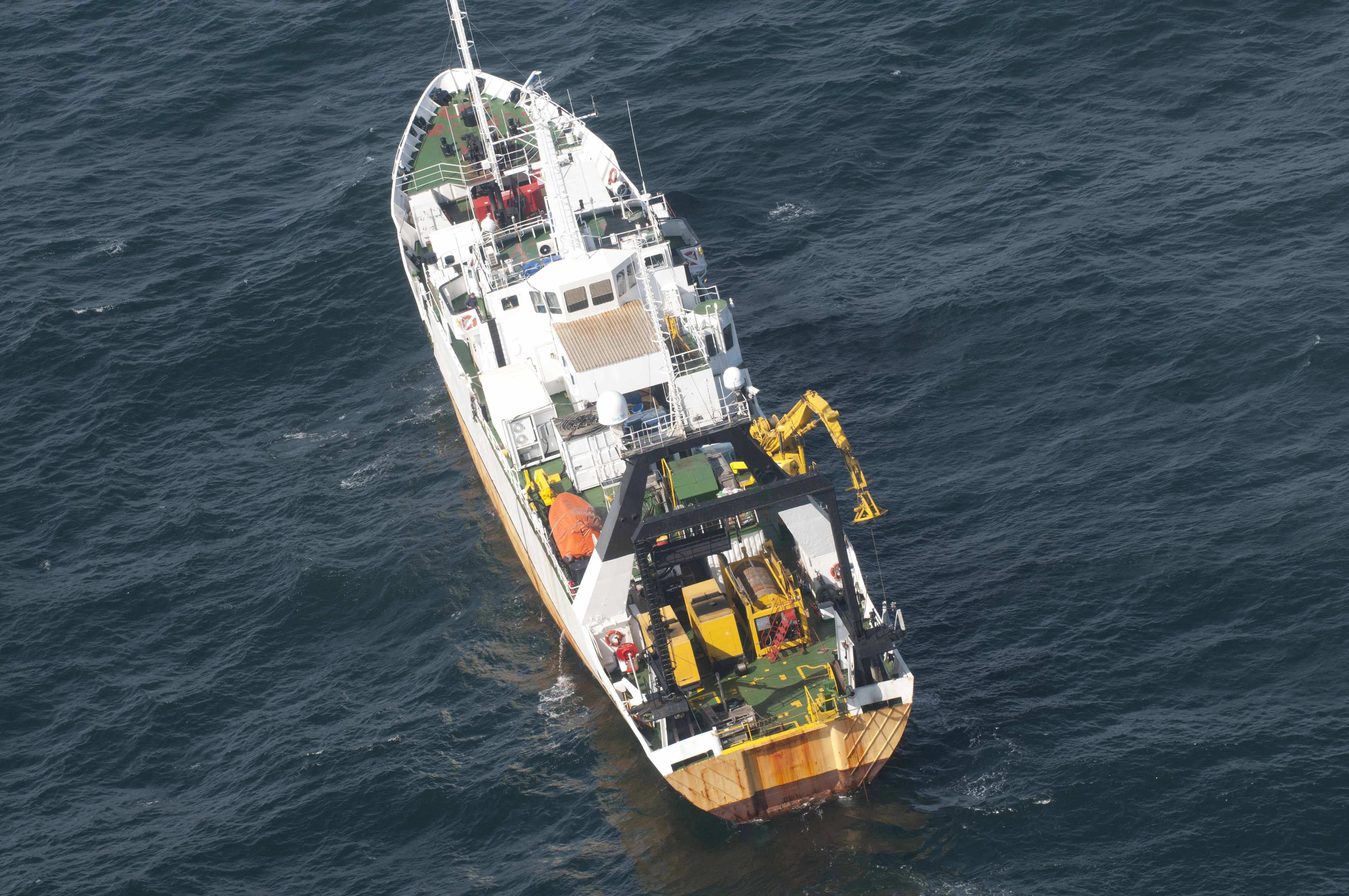 One of the favourite political strategies employed by Australian PR guru Lynton Crosby is called “the dead cat on the table”.  If you are worried your target audience is paying too much attention to your rival’s message you distract them by dumping a dead cat on the table while pointing and shouting out “Look, there’s a dead cat mate!”  This week the Maritime Heritage Foundation and its contractor Odyssey Marine Exploration dumped a 100 gun, First Rate, dead cat on the table of the Marine Management Organisation [MMO] in the form of licence application MLA/2014/00597 to undertake excavation and recovery work on the wreck site of HMS Victory lost in 1744.  Coincidentally, the dead cat thumped down on MMO’s table just days after OMEX was forced to withdraw the application to undertake dredging operations for the “Don Diego” marine phosphates project in the environmentally sensitive Baja California and at a time when it is known Odyssey/MHF has been attempting to drum up support for its controversial commercial salvage model for historic shipwrecks in the wreck diving world.

Unfortunately for OMEX, the Maritime Heritage Foundation and OMEX’s long suffering shareholders, this particular dead cat expired at some point between 18/19 December 2014 when the various project design files were apparently created by OMEX/MHF consultant and “Chief Liaison Officer” Dr Sean Kingsley and 5 March 2015 when UK Secretary of State for Defence Michael Fallon was forced to withdraw the permission to undertake excavation and recovery work on HMS Victory which he had granted to OMEX/MHF in October 2014.  Mr Fallon’s climb down came in the face of the threat of a Judicial Review from Mr Robert Yorke, Chair of the independent expert group the Joint Nautical Archaeology Policy Committee who took the action in a personal capacity.  It is believed that the both the project design submitted by the Maritime Heritage Foundation and put out to consultation this week and the process by which Mr Fallon had granted permission in the first place, were found to contain one or more fatal flaws which meant that the Ministry of Defence was advised by Government lawyers that it could not contest a Judicial Review with any chance of winning.

Meanwhile Odyssey currently has no projects on line which are capable of generating a significant income stream in the near term and is only being kept alive by credit from its strategic investor [effectively owner], the Mexican mining giant MINOSA.  This means that any perception of forward momentum is important to OMEX.  However, sources in the maritime archaeology sector have told thePipeLine that the dead cat project design and supporting documents put out to a 28 day public consultation by the MMO this week, do not take account of the criticisms leveled in the submissions from Mr Yorke’s legal team and thus still contain a number of the potentially fatal errors, omissions and departures from stated UK Government Policy for historic shipwrecks which were the cause of Mr Fallon’s March debacle.  As a result thePipeLine understands that experts and organisations in the maritime archaeology sector are undertaking detailed discussions and taking legal advice as to precisely how to approach the consultation.

thePipeLine is also undertaking a detailed review of the OMEX/MHF documentation and we will be publishing our review shortly.

Disclaimer:  No cats were harmed in the writing of this article, but the way things are going we advise any ship’s cats presently onboard  the Odyssey Explorer in Cork to watch your back and avoid dark corridors.