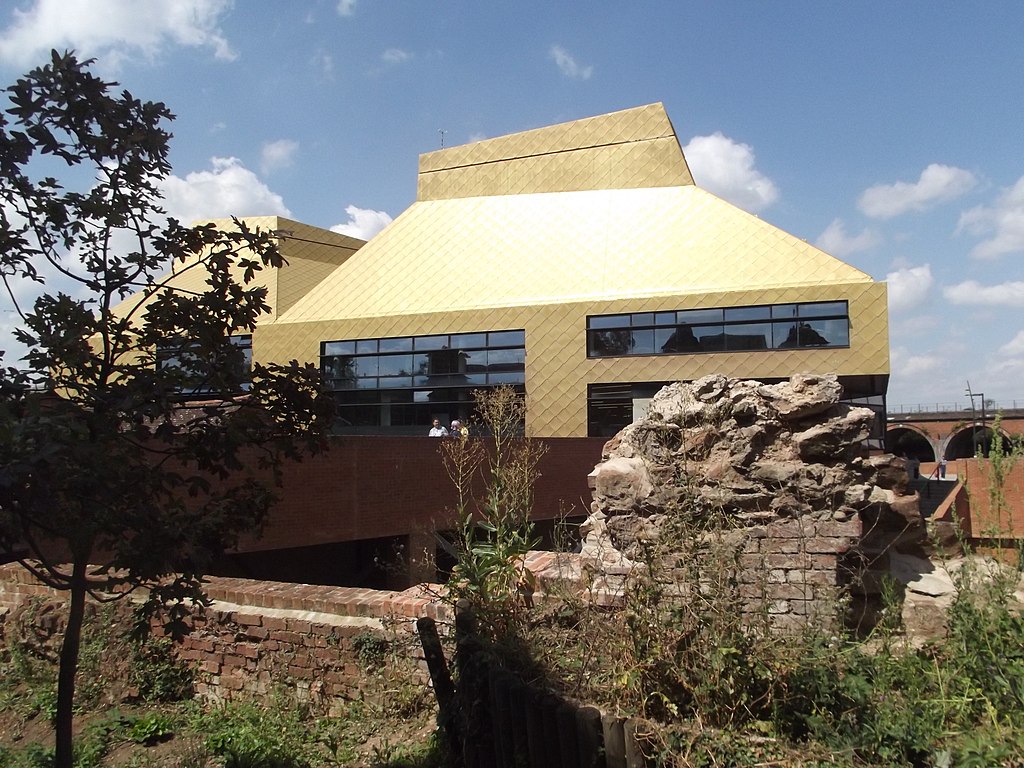 Readers of thePipeLine who have been following our coverage of the abrupt ending of Archaeology courses at the University of Worcester, announced on 17 August, will be aware that one of our named sources was archaeology undergraduate Nigel Uzzell.

In spite of serious health issues Mr Uzzell was adamant that he wanted to contribute to the debate around the ending of archaeology at Worcester and we held extended conversations and e-mail exchanges discussing how we might include his perspectives and concerns in our coverage of the story.

To that end, earlier this month, while in hospital awaiting a major operation, he wrote a letter explaining his disquiet over the way he felt the university had approached supporting people with health issues and disabilities.

He had every intention of his seeing it published.

That was not to be.

As has been reported movingly on the Save Worcester Archaeology Twitter feed, Mr Uzzell passed away on the fourteenth of September.

His letter has however been passed to thePipeLine by those closest to Mr Uzzell, with the assurance that he would want to see it published nonetheless.

This we now do, unedited, with our thanks and condolences to those who knew him as family, friend or colleague.


Nigel Uzzell from my bed at the Bristol Heart Institute.

“As I sit here on the Cardiac ward of the Bristol Heart Institute having heard the news that my heart valve replacement operation has been postponed for the 4th time in as many weeks, I contemplate the pressures our NHS is struggling under as Covid cases continue to climb and try to be a patient patient. I think about the love, support and help I have received from my loved ones, and friends, but also the huge amount of support from my fellow students and tutors on my Archaeology Degree course at the University of Worcester.

My Personal Advisory Tutor (PAT) has been one of my strongest advocates and supporters, for myself and my partner who was attending the same course.

Fellow students have reached out with encouragement, support and online discussions which have helped focus ideas and plans.

As a mature student the actions of the new crop of archaeologists is heart-warming to see how understanding, inclusive and knowledgeable they are.

It is such a shame that we, and they, are being let down by the leadership and administration of the University of Worcester.

In November 2020, in my second year, I received the news that I had a form of blood cancer. This was devastating to myself and partner and affected our ability to concentrate and complete all our assignments, although most were finished.

We applied for mitigating circumstances in January 2021, but were refused in February 2021, even though we had supplied the evidence to the Dyslexia and Disabilities service.

With support and encouragement we persevered.

In March of that year I received the news that my heart condition moved from ‘severe’ to ‘critical’ and would require an operation which would be made more complex, and high risk, by the blood cancer. In June, both my partner and I applied again for mitigating circumstances to get through this difficult time and prolong our course in the hope we could return to our studies in October. This was again refused by the Mitigating Circumstances Committee.

In late August, just before my first expected surgery, we learned that my partner had been summarily dismissed from the course without any opportunity to discuss with an advisor.

The whole two years of her course has been wasted, not even the opportunity to complete the late modules by July 2022 to at least garner 120 credits.

Your treatment of someone with previously declared mental health issues is nothing short of negligent.

In my case I was told I had to resit with attendance three modules, none of which were running because of your decision to kill the course.

I was fortunate to speak to a programme advisor who was kind enough to give me the option to complete a single assessment which would then complete 90 credits and mean that I could advance and I could finish the other modules by July 2022.

I have until September 20th 2021 to complete this task.

Having been sat in the hospital ward for the last 10 days and expecting to be here for another 10, it is difficult to see how I can achieve this, research materials are strangely difficult to come by.

Since we learned, through social media, that you are closing the course and getting rid of the staff at Christmas*. Those of us who may have to prolong our studies are incredibly concerned at your lack of foresight and consideration for our health and registered disabilities.

Thank goodness you are an organisation that prides itself on your diversity and inclusiveness, as you keep reminding us. Otherwise, I might think you are just callous, uncaring and have no interested in disabled people other than as tokens.

Our tutors and staff of the Archaeology course have been supportive and helpful, but even they run into an administrative brick wall when talking to the entrenched archaic academic system and staff.

If I was a suspicious person, I might think your reluctance to help me/us is retaliatory for the two pending cases we have with the Office of the Independent Adjudicator to see if you have actually committed discrimination against disabled people.

Or maybe you are just hoping that the stress and strain you inflicted on us will mean I don’t make it through the heart operation? Problem solved?

We will know soon.

University of Worcester, a caring university?

*In fact all staff will remain in employment on their current contracts until January 2022, but between January and July 2022 staffing has to be reduced from 3.5 Full Time Equivalent [FTE] posts to 1.5 FTE. It is not yet known how this will be accomplished.


Asked to comment on the content of Mr Uzzell’s letter a spokesperson for the University of Worcester said,

“Everyone at the University is deeply saddened by Nigel Uzzell’s untimely death.  We send our sincere condolences to his friends, fellow students and loved ones.” adding,

“We will be making no further comment to thePipeLine.”

The following quote appears on the University website over the name of Ross Renton, Pro Vice Chancellor,

“We make every effort to ensure our students are very well supported throughout their time at the University, and have introduced some really excellent initiatives to promote positive mental health and wellbeing”

The University of Worcester also tells visitors to the website that,

“In 2018 we were shortlisted in the Times Higher Education Awards in the category of Outstanding Support for Students. Recognising the University’s innovative approach to mental health and wellbeing, through its unique ‘Suicide Safer’ initiative and a range of other support programmes.”