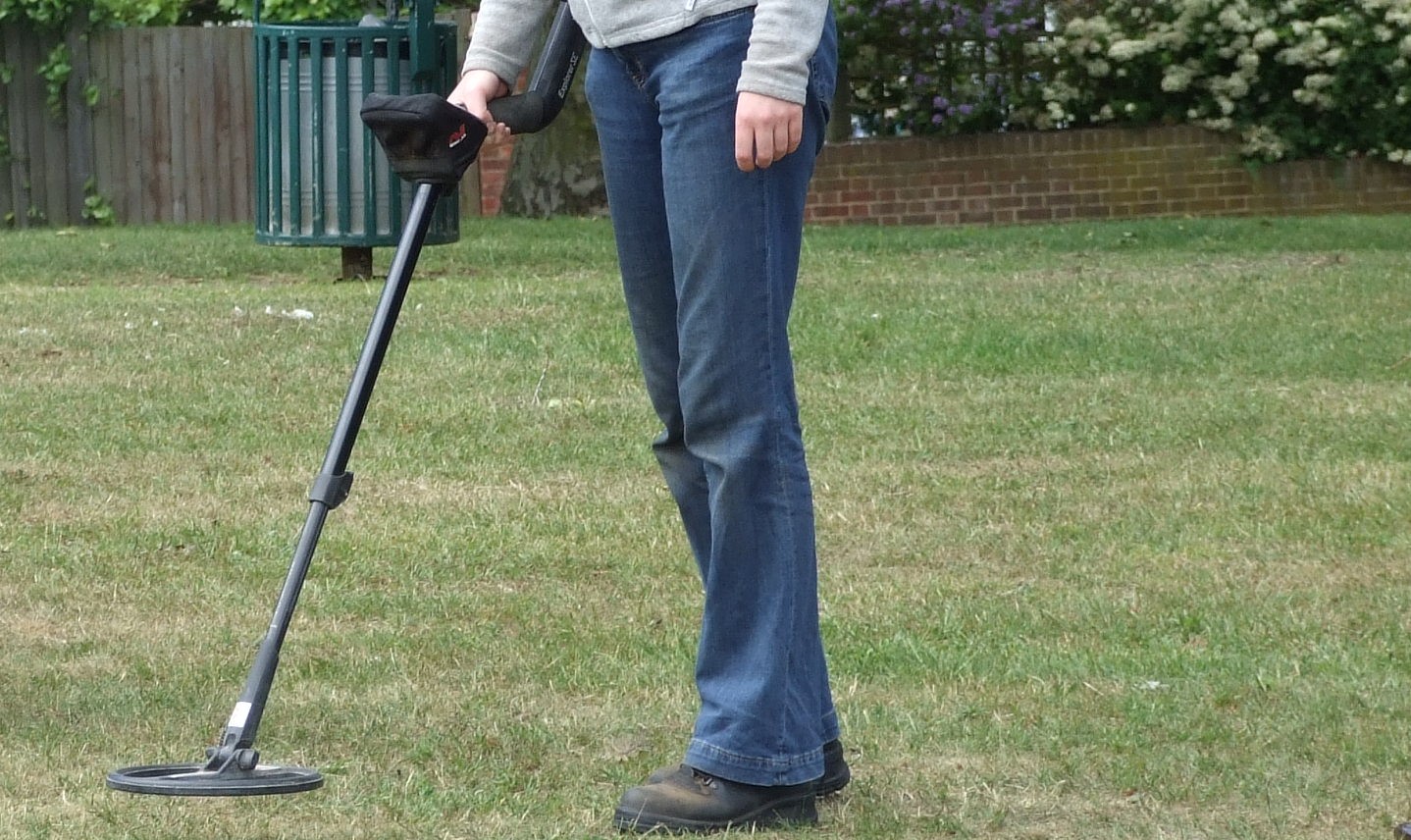 Question: What is the difference between Spring Detectival 2021 and Lego?

Answer: Although both are enjoyable pastimes and perfectly legal, only one can advertise its wares using intellectual property derived from Stephen Spielberg’s classic dinosaur movie “Jurassic Park”, and it is not Spring Detectival.

The question arises because, earlier this week, one of thePipeLine’s regular sources observing the world of metal detecting pointed out that a You Tube account in the name of “Rob Random” had posted a video advertising the June Detectival event near Henley-on-Thames. A video which was first run for Detectival in 2019 and which included several minutes of material extracted and re-edited from the 1993 film which made stars out of CGI Velociraptors.

In the latest iteration several hundred viewers had enjoyed the central joke which had Jurassic Park’s awe struck palaeontologist Dr Alan Grant [Sam Neil] saying, “They do move in herds”, as the video cut to herds of herbivore-like, camo clad, metal detectorists grazing on the history of the green fields of Oxfordshire.

As the video appeared to be an advertisement for a commercial event and noting the absence of any credits or copyright acknowledgement on the video, our source was curious as to whether the material had been licenced officially, so thePipeLine approached the rightsholder for Jurassic Park, California based NBC/Universal and asked if the company had licensed the shots to be edited and used by Mr Random and/or Detectival?

Perhaps not surprisingly, it turned out that whoever made the video had ignored that other famous line from Jurassic Park uttered by Dr Ian Malcolm [Jeff Goldblum].

“…Your Scientists [and video mash up makers] were so preoccupied with whether or not they could, they didn’t stop to think if they should.”

The use of the footage had not been authorised.

As a result a rights specialist at NBC Universal told us,

“We will get this taken down as it wouldn’t have been licensed.”

And it seems that the company has indeed exercised its rights as the video seems no longer to be available on YouTube.

thePipeLine also asked NBC Universal how much the material from Jurassic Park would have cost had Rob Random gone down the route of licencing the material legitimately?

However, Universal guards its rights carefully and won’t let just anyone licence material from the iconic film.

“It’s quite difficult and costly to license JP [Jurassic Park].”

With the video now facing extinction [at least on YouTube] archaeologists and metal detectorists might ponder another related question.

With the results of the consultation on amendments to the Treasure Act due and a growing unease about the impact of unregulated metal detecting rallies on unrecorded archaeology, are commercial rallies, like Detectival, themselves about to go the way of the the Velociraptor, the Brachiosaur and Jurassic Park’s unfortunate corporate lawyer who tries to take shelter from a T-Rex in a Portaloo?

Are the horde-hunting herds too about to become extinct, living on only in electronic form in re-runs of Mackenzie Crook’s “Detectorists”?

Meanwhile rumours that the next would-be viral video advertising Detectival will use footage taken from “Pirates of the Caribbean” remain unconfirmed.

Although, as that film deals with a small minority of miscreants treasure hunting against the law, it cannot be ruled out.

After all, as Pirates of the Caribbean’s anti-hero, Captain Jack Sparrow, and his crew often say, the Pirate Code,

“…is more what you’d call “guidelines” than actual rules.”

Just like the “Code of Practice for Responsible Metal Detecting” in fact.