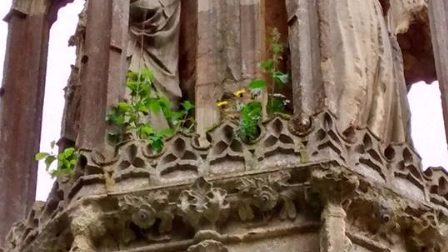 In an unexpected U-Turn by the Government Chancellor Rishi Sunak has saved Northampton Borough Council from administrative oblivion. The East Midlands council was due to be abolished at midnight on 1 April to be replaced by a new unitary local authority for West Northamptonshire. However, thePipeLine understands that a last minute intervention by former Leader of the Council and briefly MP for Northampton South, David Mackintosh, persuaded the Chancellor that the Conservative controlled council’s record, particularly with regard to sport, heritage and culture, showed that, rather than see it disappear, it would be more cost effective to retain the council as a cultural flagship.

“The record of successive Conservative administrations in ensuring the heritage of Northampton is talked about on the national and international stage is second to none.

The council’s proposal to build football pitches on the registered battlefield of Northampton was an innovative attempt to combine sport with heritage; while making sure that the repairs to the nationally important Eleanor Cross were delayed until all legal avenues to avoid responsibility for those repairs were exhausted showed that the council understands the importance of combining respect for the past with care of the purse strings to protect today’s Council Tax payers.”

“Most of all, the courageous action of then council Leader David Mackintosh in pushing through the sale of the internationally important statue of the Ancient Egyptian priest, Sekhemka against all opposition, including suggestions the sale was unethical and even unlawful, was the action of a visionary politician, determined to ensure he and his town made an indelible mark on the international cultural map.“

The efforts of Mr Mackintosh to sell Sekhemka were recognised in 2014 with a prestigious award from Private Eye magazine.

Private Eye stated that the then Council Leader was far and away the outstanding candidate in his category.

Mr Dowden concluded by saying that, as the Covid-19 crisis comes to an end,

“We will come together to Build Back Better and, as part of that effort, the Government will be encouraging other local authorities to show the same imagination as Northampton’s Conservatives. Northampton’s councillors saw in the statue of Sekhemka, not an irreplaceable, internationally important artefact gifted to the people of Northampton by civic benefactor in Victorian times, but the cost of a new museum café and gift shop.”

“Mr Dowden’s vote of confidence in Northampton Borough Council comes at a vital time when people could make the mistake of believing that their council was synonymous with wasting council tax payers money on a multi-million pound loan to property developers, to construct a state of the art football stadium which was never finished.”

“In whatever guise we operate under in future, the Conservative administration will continue to do what is best for the people of Northampton and their remarkable history by making sure that, like Sekhemka, the heritage contained in their museum, will be talked about and exported all over the world as an emblem of what Boris Johnson’s Global Britain stands for.”