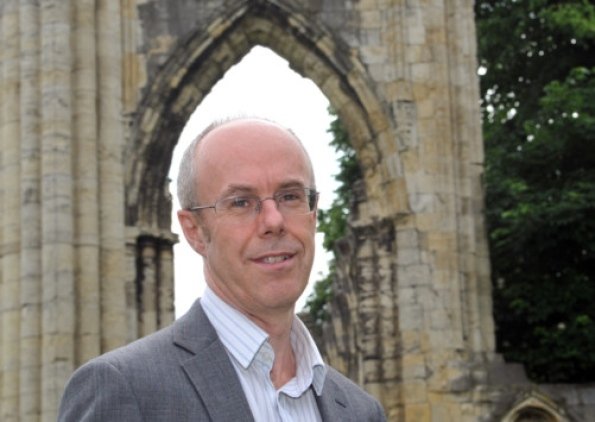 
In a proposal which would see a major shake up in the world of professional archaeology, the outgoing director of the Council for British Archaeology, Dr Mike Heyworth, has called for an Arts Council of Archaeology to support a national portfolio of archaeological companies, with their core costs funded in the same way as the Arts Council funds major clients like the National Theatre.

Dr Heyworth made his proposal in the course of a wide ranging interview with Marc Barkman-Astles of Archaeosoup and Andy Brockman of thePipeLine, to mark his standing down as director after thirty years with the York based organisation.

The CBA itself has just celebrated its seventy fifth birthday, having been founded in 1944 to promote British archaeology through its own initiatives and through the efforts of its members.

Today, under its slogan of “Archaeology for All”, the organisation, which is also one of the Government’s statutory consultees on heritage matters, describes its role as,

“…working throughout the UK to involve people in archaeology and to promote the appreciation and care of the historic environment for the benefit of present and future generations.”

The CBA seeks to achieve these aims largely by acting as a bridge bringing together professional developer funded and university based research archaeology, with local archaeological societies and groups and interested members of the public.

The CBA increasingly also seeks to work with other environmental groups in areas such as planning, and prioritises trying to extend the audience for archaeology in the wider community.

Speaking over Skype because of the current government restrictions on meetings during the coronavirus crisis, Dr Heyworth described how central to this effort to promote archaeology is the network of eighty Young Archaeologist Club branches, a substantial increase on the six branches which existed when he collected the administrative archive of the YAC from the garage of its previous administrator and put it in the back of his car. Although he acknowledges that the organisation needed to to do more in terms of developing these opportunities.

In particular Dr Heyworth confirmed that increasing provision, enabling the sixteen to twenty five age group to take part in archaeological activities along the lines of the hundreds of events organisaed by YAC branches each year would be a priority for the immediate future.

An initiative which, he argued, had taken on an even greater importance since first archaeology GCSE and then A-level had been cut by the commercial examination boards in recent years removing archaeology as a subject from mainstream education.

However, one area where he felt positive was in the impact of National Planning Policy Framework, which the Cameron coalition government introduced to replace PPG16 in regulating the place of developer funded archaeology in England.

However he acknowledge the sector still faced substantial issues.

However, he observed that in spite of this place at the center of our ability to understand the rural and urban spaces around us,

“One of the challanges for our sector is we don’t have a flourishing base… We are a very small sector.”

He added that a major consequence of this was that,

“We don’t really have the capacity to develop the sector as we’d like.”

One possible route out of this situation would be, Dr Heyworth suggested, a root and branch shake up of how developer funded archaeology works.

Currently contracting archaeological units bid for work, usually by competative tender, and that work is designed and regulated by local planning authorities with Historic England acting as a statutory advisor as to legislation and standards.

“One of the things I would like to see develop,” Dr Heyworth proposed, “is along the lines of what the Arts Council do with National Portfolio Organisations in the way that they support the core costs of key organisations in the sector.“

Supporting this suggestion he observed,

“So often we have to rely on project funding and that is not ideal for all sorts of reasons.”

While not suggested specifically by Dr Heyworth, one possible model for this new way of working would see Historic England take on the role of a “Heritage Council”, offering substantial funding to a core of “portfolio clients” to deliver nationally important work, such as archaeology for major infrastructure projects, while at the same time being able to offer integrated educational and outreach work across all their output.

The Arts Council distributes currently some £336 million of grant-in-aid and £71 million of National Lottery funding per annum to its national portfolio clients, with some sixty percent of the money spent outside London.

Effectively, under such a system, the largest units, for example Museum of London Archaeology [MOLA], Wessex Archaeology, and Oxford Archaeology would become like the National Theatre in London, the Royal Shakespeare Company in Stratford or Dance City in Newcastle, retaining their independence as charitable businesses, but seen and funded at core as a national cultural benefit able to take on the largest national and regional infrastructure projects, for example HS2, with the commercial clients taking the role as a paying audience adding revenue to the core funding.

Below this tier, a network of local and regional portfolio clients or agencies, would look after more localised planning issues, with similar levels of integrated outreach and the same ability to attract additional revenue. A move which would secure the future of projects like the Thames Discovery Progrmme which is under threat currently because of restructuring at its host organisation MOLA.

Project funding, including from the National Lottery Heritage Fund, could continue as it does now for bespoke research and community based work, albeit based on a more secure infrastructure to support it and with the possibility of upscaling particularly successful programmes to become part of the National Portfolio. Something which happens routinely in the arts.

All levels in archaeology would continue to be able to employ the existing ecosystem of specialist companies and individual experts, ranging from geophysiscists and finds specialists, to reconstruction artists, illiustrators and educational outreach workers, in order to support their work.

Dr Heyworth argued that such an arrangement, effectively removing archaeology from the market place, would also make it easier to confront and remedy one of the biggest problems faced by professional archaeology. What he describes as,

“…the really apalling rates of pay and conditions that the majority of archaeologists work under.”

“The fundamental answer,” Dr Heyworth said, “is we have to move away from a system where contracts are awarded on price. It should be on quality. And skills and experience are an important part of providing and ensuring that quality.”

“It shouldn’t be beyond our capability to come up with a better approach that makes sure we can suitibly reward archaeologists who are working in the field. “

Accepting that there was no simple answer and that any such moves would have to be undertaken colaboratively across the sector for fear of individual contracting units undercutting such an initiative, Dr Heyworth stated,

“It’s an area where we should be devoting more effort on behalf of the archaeologists of now and in the future.”

In addition to the proposals for the shake up in the organisation of developer funded archaeology, Dr Heyworth discussed the challenges of the future beyond the current coronavirus emergency, including restoring trust in the wake of the ongoing accusations of sexual harassment and bullying in the world of archaeology. A situation which the CBA was confronted with directly when Dr Heyworth was forced to respond robustly to derisive laughter directed at researcher Dannielle Bradford by a group of male members of the audience at November 2019’s Marsh Archaeology Awards.

The knotty issues of proposed planning reforms, the A303 tunnel in the Stonehenge and Avebury World Heritage Site, and the future of metal detecting, were also covered in the course of the conversation.

On a lighter note he also revealed that he has never watched a Lara Croft movie.

Although he is standing down from the CBA, Dr Heyworth also made clear that he is most certainly not retiring, but is simply moving on to, as he put it, find new ways to contribute to the success and enjoyment of archaeology in the UK.

In conclusion, after thirty years at the Council for British Archaeology, and before that English Heritage, Mike Heyworth thinks more than ever that the engagement and consent of a knowledgable public, supported by a CBA helping to enable access to information about archaeology in places where the public want to look, and opportunities to take part in archaeology at many levels, is vital to the future of Britain’s archaeology.

“They [the public] are passionate advocates for us and CBA need to give them the ammunition…and we are going to need that more than ever I think over the next few years and we need to watch very closely what is going on.” he said.

The full interview with Dr Mike Heyworth can be seen HERE on the Archaeosoup Channel.