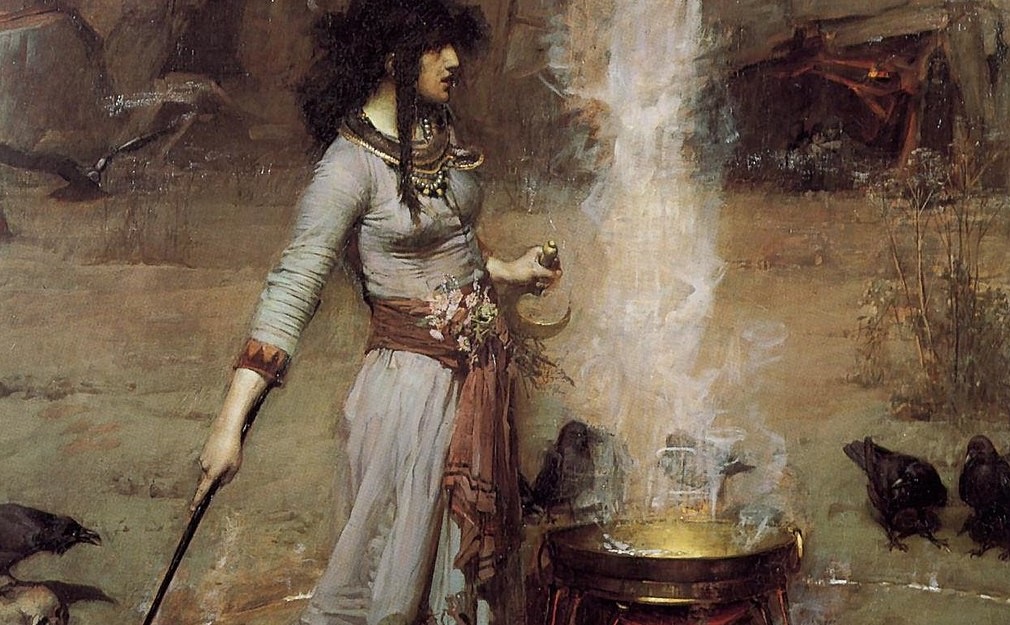 Every year since 2015 thePipeLine has broken the omerta which binds the most senior practitioners of archaeology in this still United Kingdom, as we make public the results of the infamous ceremony of the “Casting of the Trowels”.

That is the secret gathering, somewhere on the estate of English Heritage, where the great and the good of Archaeology come together to commemorate the first “Casting of the Trowels” when in 1935 Sir Mortimer Wheeler, the inventor of Lay Lines Alfred Watkins and self styled “wickedest man in the world” Alasdair Crowley met on top of Maiden Castle and attempted to divine the future of British Archaeology by eating, drinking and casting trowels into the smouldering embers of a midwinter solstice fire.

In spite of a recent paper by a senior academic at Bournemouth University arguing that that Wheeler made the whole thing up, and that the ceremony does not even exist, thePipeline can reveal exclusively that this years event was perhaps the most remarkable in the more than eighty years since the trowels were first cast on that December night in Dorset.

Certainly the ceremony began in the traditional way, with the leadership of the Chartered Institute for Archaeologists, senior academic archaeologists and a delegation of Project Managers, Consultants and Heads of Department at Historic England, all skyclad and brandishing flaming torch apps on their smart phones and portable devices, entering the sacred circle and invoking the names of the Time Team at the four cardinal points of the compass, accompanied by the pouring of libations.

[In keeping with the times, this years sacred spirit being £5.99 bottles of Castellore Prosecco Spumante DOC from Aldi.]

However, when cast into the fire, instead of forming the mysterious shapes which could be interpreted as suggesting the key archaeological events of 2020, the WHS archaeologists trowels exploded with a blinding flash and mighty woomph which could be heard to the crack of doom, or the opening of the Stonehenge Tunnel which ever came sooner!

As the terrified archaeologists watched the flames leapt, flickered and twisted, licking at the soft and vulnerable nether regions of the gathering, until finally settling into the form of the great archaeologist and trowel blazer Tessa Verney Wheeler.

Reports agree that, her eyes ablaze with righteous fire, Ms Verney Wheeler was heard to say,

“So here you are you pathetic, privileged apology for a profession.

A boys own club out on the lash because even after eighty years and forty years after the demise of my rutting goat of a husband, whose exploits with his research students you think are so funny, you still reckon you control the future of archaeology. Who’s in and who’s out. Us girls mostly being the ones who are out because we won’t play your sordid little games.”

A small group of older men began to laugh as they had at the Marsh Awards.

“Oh so you think #MeToo is funny do you?

You think trust betrayed, and confidence destroyed, is funny do you?

You think careers ended before they even start because of what you have done is funny do you?

Well I’ve got news for you boys. What’s really funny is that it is your hegemony which is history.

Most of you will be lucky to get a gig writing bitter op-ed’s for Spiked online unless you wise up and acknowledge the rest of us from the other half of the sky, and all the places in between, are your equals and mostly your betters.”

She paused fixing certain of the company with a stare of pure ice as she nodded, saying sweetly,

“But there are some of you. You know who you are. Who can’t even look forward to that.

Not once we have finished telling the world what you bastards got up to in the guise of “mentoring” and “fieldwork.”

Margaret, time to deal with these pathetic semantic objects!”

And at once the flames split and the smoke swirled forming the diminutive yet formidable shade of the pioneering Egyptologist and folklorist, Dr Margaret Murray, who should by rights have succeeded Flinders Petrie in the Edwards Chair of Egyptology, but was prevented by the sexist prejudices of the establishment of University College London and who by sleight of hand now produced a fine copper saucepan.

And some of the better read archaeologists whimpered and cowered into the shadows, remembering that Sir Max Mallowan told how Dr Murray had once cast a spell in a saucepan, whereupon a colleague at UCL, of whose appointment she disapproved, immediately fell sick and was promoted out of harms way.

And a goodly proportion of the archaeologists present, all men, were sucked screaming,atom by atom, into the saucepan and vanishing in a puff of stinking sulphurous smoke, never to be seen in again at any conference, lecture theatre, or meeting of the Society of Antiquaries.

Although how many and who thePipeLine has not yet been able to ascertain.

And as the shaken men of the archaeological establishment pondered this new future where they had to share share power and earn respect, their work done for now, the two great women archaeologists joined hands and danced exuberantly, taking a great variety of fancy steps into the night as Dr Murray had done with two friends at the Osireion of Abydos in 1903.

And as they left a tiny voice was heard to say,

“But what about archaeology and Brexit?”