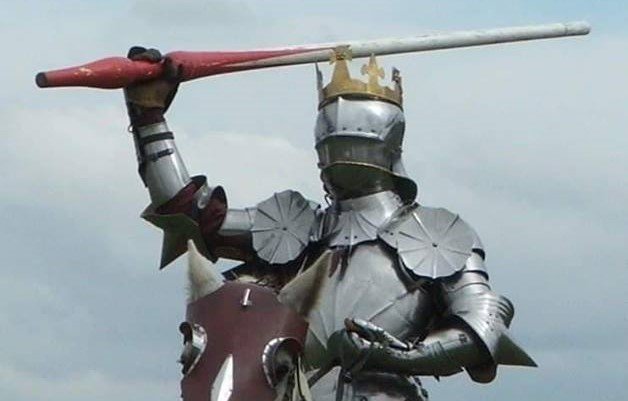 RICHARD III and the Battle of Bosworth by Mike Ingram

Northampton based historian Mike Ingram is well known to followers of thePipeLine, as an indefatigable campaigner for the preservation of the battlefields of the East Midlands, working with the Battlefields Trust and the Northampton Battlefield Society which he chairs and which grew out of the successful campaign to prevent football pitches being built on the registered battlefield of Northampton. However, in his new study of the Bosworth campaign of 1485, which opens specialist military publisher Helion & Company’s new series, from Retinue to Regiment, 1453-1618, Ingram returns to his true role as an accomplished military historian and educator.

Of course, the first question to ask of any book dealing with Bosworth is why write another? Indeed, even Ingram himself already has an earlier, albeit slimmer, study of the battle under his belt.

“My research threw out many more questions, which, in my opinion, needed answering,” Ingram said, “such as what exactly was happening in Europe at the time and how crucial was the French involvement to the events leading up to the battle of Bosworth and its final outcome?”

“Other examples of questions I could not address then, but can in the new book, include, can we rely on the Tudor sources and what exactly was the involvement of the Stanley’s – were they really the great fence-sitters that they are portrayed as (that answer was touched upon in the first book)?”

Finally Ingram introduced the big question which his book also tries to answer, that is, why was Lord Hastings, who had been one of Richard’s most important supporters, suddenly arrested and executed in June 1483?

The commonly held belief is that this brutal coup against his own council was related to the disappearance of the ‘Princes in the Tower’ but Ingram argues that interpretation simply does not make sense.

Much of the new book, therefore, shows the results of Ingram’s continuing search for answers to those questions and the answer he comes up with is a fascinating and salutary lesson in historians avoiding falling into the trap of thinking that England of the late fifteenth century was either some out of touch backwater, or a dominant military power with its own ways of going to war. Instead, Ingram demonstrates that the dynastic politics of York and Lancaster were played out on a European canvas where the social, political and military cultures of the European powers, particularly, England, France and Burgundy, were intimately entwined and came to a bloody fruition on a field in Leicestershire.

Not for nothing have the Wars of the Roses been claimed as an inspiration for George R R Martins Game of Thrones.

However, while Ingram explore the political why? of Bosworth and does so in rich and convincing detail, he never forgets the how of a medieval military campaign. How an army was raised, paid, fed, how it moved and deployed on the battlefield according to the tactical needs of various weapons carried by individual soldiers.

Here the many hours of walking the battlefield and its approaches comes together with an intimate knowledge of the weapons and kit of the period, much derived from working closely with modern reenactors and crucially with an encyclopedic and questioning knowledge of the primary sources relating to the battle.

In particular, Ingram argues, the work of Glenn Foard and the Battlefields Trust, which has had the effect of relocating the site of the battle to Fenn Lane two and a half miles [3.6km] south west of the traditional site at Ambion Hill, has had the effect of validating two early sources describing the battle which did not seem to fit the Ambion Hill location and had therefore been discounted by previous historians of the battle.

Restored to the narrative of Bosworth Ingram makes a good case for the Ballad of Bosworth Fielde and the Song of Lady Bessiye offering near eye witness accounts of the action which fit the landscape as well as providing much detail and colour.

Crucially for the reader, in making sense of these multiple strands of evidence Mike Ingram is also able to deploy the ability to both encapsulate an argument and paint a telling word picture which he has honed as a battlefield guide.

At the centre of the crisply produced copiously illustrated glossy paperback, are a group of colour plates which encompass the full social and emotional range embodied in the Battle of Bosworth as well as the international angle which Ingram has restored to a central role in the narrative of the Bosworth campaign after, as he argues, the deliberate downplaying of foreign involvement in an English civil war by Tudor historians.

Depictions of a Burgundian gunner and French long spear [pikeman] speak to the developing continental tactics driven by new technology, which would soon see the final demise of the English longbow and chivalric cavalry charge which took Richard to his heroic doom, beneath the flying heraldic banners of the principal family retinues, which adorn the next pages of the book.

However, the panoply of the High Middle Ages then give way to images of the all too human remains of Richard III; the Scoliosis which he lived with, and which may have given rise to the grotesque image immortalised by Shakespeare, written in the curve of his spine, and the last brutal moments of his life shown in the depressed bone and dagger hole punched in the top of the King’s skull and the fatal lateral blade cut at its base.

It is a fitting reminder that even the highest born, who Ingram’s detailed narrative shows lived in a cultured bubble of international diplomacy, books, music, dance and fine dining could also meet the same brutal end on the battlefield as the lowest paid mercenary, or impressed levy in a family retinue.

Not for nothing is the high Gothic art of the period of the Wars of the Roses famous for its Memento Mori.

They had seven score serpentines without dout,

that locked & Chained upon a row,

as many bombards that were stout;

like blasts of thunder they did blow.
The Ballad of Bosworth Fielde

As Winter closes in and the festive season approaches it is certainly possible to recommend Richard III and the Battle of Bosworth as a stocking filler for the Ricardian [or Henrician] in your life. They will surely appreciate the new twist to the familiar tale. But while you are at it invest in a second copy for yourself.

Mike Ingram’s handsome book is also a splendid primer for anyone interested in the shining and bloody reality of warfare as practiced in northern Europe as the age of chivalry drew to a close and the thrum and whistle of the longbow and cloth yard shaft gave way to the fire and smoke of the hand guns, serpentines and bombards in the artillery lines which, Ingram shows, played such an significant role on that August day in 1485, helping to usher in the Tudor dynasty and the modern world.

A modern world which, as Ingram notes sadly, has not only allowed the real battlefield of Bosworth to be rediscovered and reinterpreted with unprecedented accuracy, but has, as quickly, also allowed a crucial part of the battlefield to be destroyed forever by the building of a test track for autonomous vehicles, where once Henry Tudor’s French troops almost certainly first saw the array and the gun lines of England’s last Plantagenet King.