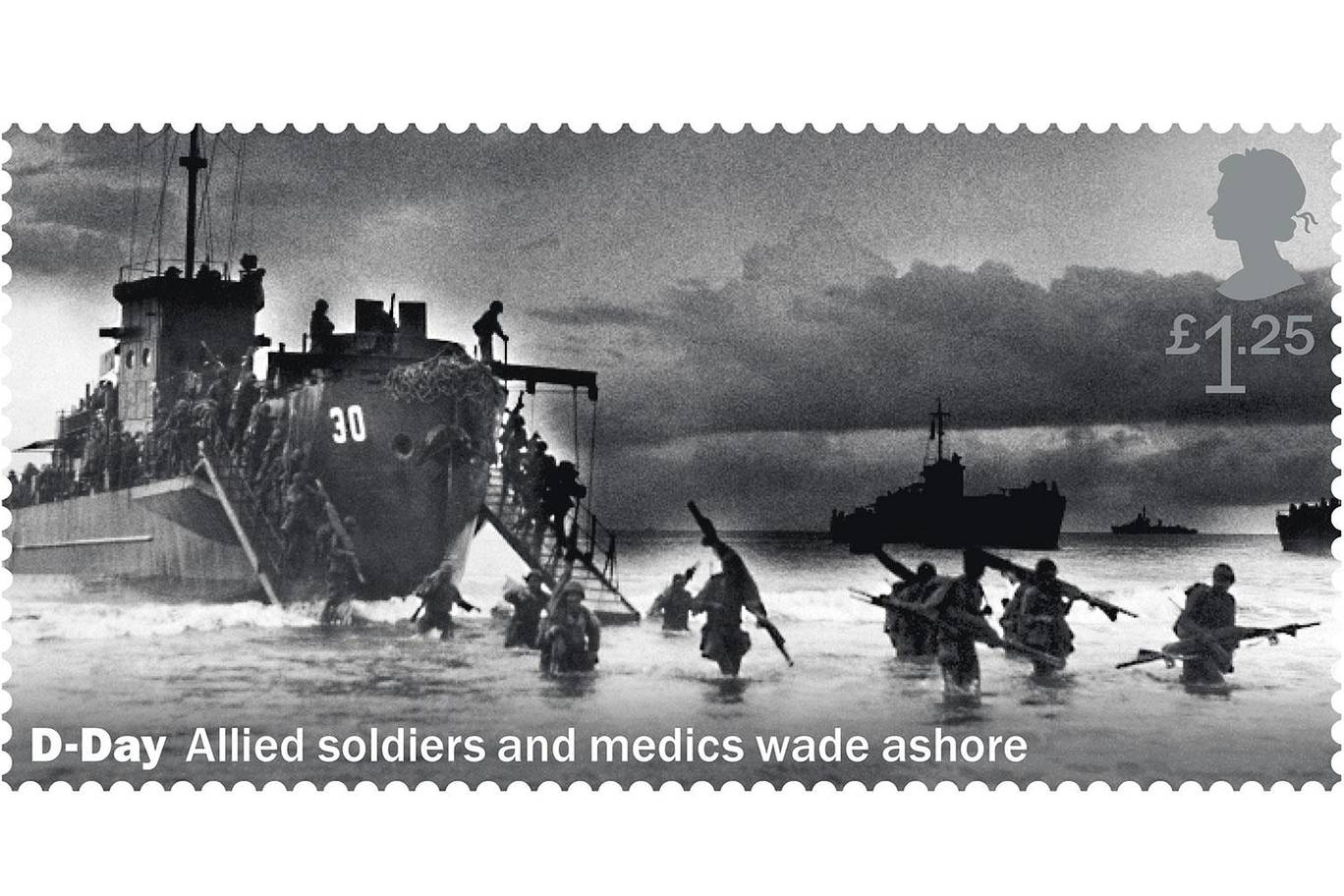 By putting out a press release advertising its 2019 issues of commemorative stamps during the slow news period between Christmas and New Year the UK Royal Mail probably thought it would generate acres of positive coverage from news editors needing to, as Private Eye puts it, Phil Space. Instead the UK’s privatised postal service is a laughing stock tonight as military historians, led by freelance historian and archaeologist Stephen Fisher, have lined up to point out that the image used in the £1.25p D-Day commemorative stamp, the image of which was released to news outlets, was actually taken three weeks before D-Day and, far from being captured on the beaches of Normandy, the image of troops coming ashore from a landing ship was actually taken over eight thousand miles away on the beaches of Sarmi in Dutch New Guinea.

To make things worse the troops, who are shown disembarking from
landing ship LCI[L]-30 in the official US Coast Guard photograph used by the Royal Mail’s designers, are members of the United States Marine Corps, which did not even serve in the actual Normandy Landings.

Among newspapers with the Royal Mail’s D-Day egg on their face are the London Evening Standard, currently under the editorship of former Chancellor of the Exchequer George Osborne during whose period in office the Royal Mail was privatised leading to accusations of cost cutting and aggressive commercialisation, and the Belfast Telegraph.

Commenting on the error on Social Media, Sussex based aviation historian and former editor of Britain at War magazine, Andy Saunders commented,

“What an utter and complete insult to the veterans and to those who didn’t make it. Could it really have been THAT hard to find a correct image?”

Mr Saunders then listed the extent of the Royal Mail’s failure to undertake basic due diligence before making the image of the stamp public.

“Wrong theatre, wrong date, wrong vessels and wrong troops – since there were not even US Marines on Overlord/Neptune. Shameful, really.”

A spokesperson for the Royal Mail told the Times newspaper.

“We would like to offer our sincere apologies that our preview release for our 2019 Special Stamp programme included a stamp design that had been incorrectly associated with the D-Day landings. We can confirm that this image will not be part of the final set, which will be issued in June 2019.”

Of course that response begs the question as to why the image was included in the press release about the Royal Mail’s flagship, and lucrative, commemorative issues in the first place?

thePipeLine suspects that, having been found out so embarrassingly and publicly, the £1.25 D-Day commemorative stamp will now be undergoing a rapid re-design and that the other stamps in the issue will be undergoing detailed fact checking.

On the bright side, if any of the [Not] D-day stamps escape the Royal Mail incinerator they will be extremely valuable to stamp collectors.

The Royal Mail has learned the hard way that Philately can get you nowhere, but thePipeLine suggests that if any of the £1.25 [Not] D-Day commemoratives ever do turn up at auction the proceeds are given to veterans charities.

Update: 09.58, 28 December 2018: Story rewritten to recognise the involvement of Stephen Fisher in breaking the story.