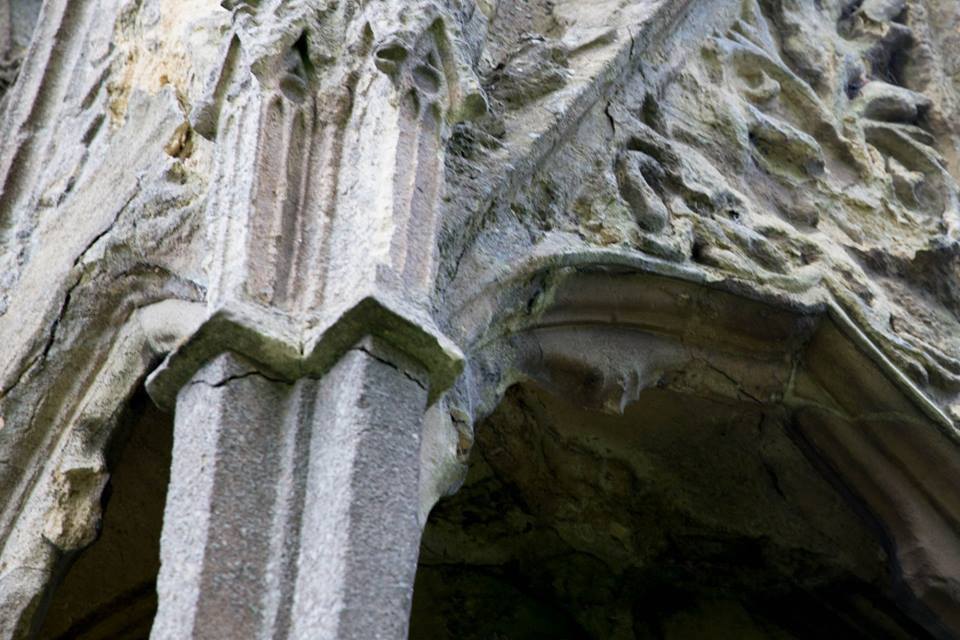 Northampton is suffering from an epidemic. For years now, more and more people have been infected by a disease which is proving to be far more destructive than anything the town has known before. The disease is apathy. And one of its most obvious symptoms is a total lack of pride or interest in the town itself.

Few remain untouched by the disease and exactly when it first struck is hard to say. However, its effect is that Northampton has changed almost totally out of recognition. Politicians and too many of its people have forgotten that the town itself is a living, breathing organism and between them they are slowly suffocating it to death under a blanket of indifference and too often wilful ignorance.

Yes, progress is essential, but not at the total expense of the past for it is in its history where you will find the source of any towns pride. Yes, there are economic pressures, the likes that have never been seen before, but you do not solve the problems by callously ripping out the physical and cultural heart of the town. The town itself should not be made to pay for mistakes, errors in judgement, short term gain or simple incompetence of its leaders. Look at what we have lost from one of the biggest and most important castles in England to the old bus station which was far from perfect but it worked, and ask yourself what the town has actually gained? Don’t you realise or care that once the remnants of the towns past have gone they are gone forever?

One of the great ironies is that many people, including the politicians, mourn the loss of our great castle, berate those who perpetrated it and criticise their short-sightedness, yet they are no different, and just as guilty of destroying other aspects of our past. What will our descendants say about them? Is this how they want to be remembered?

We now hear that County Hall is going up for sale because Northamptonshire County Council could not manage its finances to the extent that the Government of its own political party was forced to step in and abolish it. County Hall is a building so steeped in the town’s history that the air is thick with it, but because of the financial mismanagement the crude calculation is that it has to go to the highest bidder. And that is wrong on so many levels. Are you just going to let it happen?

“Yet what is Northampton best known for today in the world of history and culture? The international scandal of the sale of Sekhemka.”

Even the towns history has been debased in this Wikipedia world of quick fixes, false news and a fast buck, who cares about the real facts for the sake of a good story, so let’s go back and have a quick look at some of the borough’s history.

• We were one of the earliest borough’s in England.

• We had the first or second mayor in England.

• We have one of the oldest and biggest market squares in England.

• The town’s wealth was built on wool, cloth and horses – not shoes. They came later, but political memories are too often short and selective.

• Many kings and queens stayed here, and in spite of the Borough Councils futile attempts to claim otherwise, we own the nationally important Queen Eleanor Cross at Delapré (Only one of three left in England out of twelve).

• Important national decisions and laws were made in the town too, for example, several peace treaties with Scotland were signed in the town. Another was the Assize of Northampton which was a series of measures taken by King Henry II that solidified the rights of the knightly tenants and made all possession of land subject to and guaranteed by royal law. Even the Magna Carta has its roots in Northampton and Northamptonshire.

• When Kings were made, where did the Baron’s come to swear fealty? Yes Northampton – it was that important!

That is only for starters, there is much much more.

Yet what is Northampton best known for today in the world of history and culture? The international scandal of the sale of Sekhemka. So where can you and your children learn about all this amazing history – in our libraries of course. If you can find one that has not been closed. While under the proposed unitary council the potential of local people focusing on their Town’s history could all be lost too.

“What is Northampton best known for today in the world of history and culture? The international scandal of the sale of Sekhemka.”
The statue of Sekhemka photographed in Northampton Museum in the 1950’s.

“the town has always dared to be different”

Throughout its past the town has always dared to be different, to stand up for its rights and a home to rebels from the Lollards to the Puritans to more recently Charles Bradlaugh. But that has all been consigned to the past (perhaps deliberately) and the people have lost the fighting spirit that was once in their blood. The town walls were pulled down not because it supported the wrong side but to stop it becoming a centre of rebellion again.

Strong opinions are nothing new in Northampton, one of Northampton’s famous rebels was Liberal MP Charles Bradlaugh.
[Public Domain via Wikipaedia]

Northampton has also always been a town of tolerance with one of the first recorded Muslims in England living in the castle, and it had the fifth largest Jewish community in England. When they were persecuted nationally, Northampton was one of their few safe havens. It was even one of only eight sanctuary towns in England where those who were fleeing persecution (and often justice) could come too.

We are the brain, eyes and ears of Northampton

It is a sad state of affairs that today people are only concerned with self and Politicians only appear to be concerned with their party and their careers. Do you remember when the last one put the town first or really, really listened to the people who voted them into office or listened to the experts who actually know what they are talking about. Instead they just give us a polite smile and a nod to say they had consulted people [often on a rigged question] then carry on with their original plans. Very little takes place in the town or county without politics lurking somewhere. No one seems to do anything for the town any more without the perception of some kind of political or personal gain. The best of our politicians are here today and gone tomorrow. But, our history is already over 1,400 years long – and that should not be forgotten by anyone. Even some the local history, heritage and archaeological groups cannot work together because of their own agendas and politics, others have disappeared because they have outlived their usefulness or dared to oppose the plan. Where are the Friends of Delapré Abbey now or even the towns civic society?

Those few that do stand up for the town are considered nothing more than moaners or just ‘campaigners’, and more often than not just ignored. Look how long it took the Battlefield Society to get those in power to listen to their concerns over the poor state of the Eleanor Cross and where were the local history and community groups then? They should have been shouting loud beside NBS but instead their silence was deafening.

Back to the town being a living and breathing community; we are the brain, eyes and ears of Northampton, so who is to blame for our catching this disease? I am afraid it is all of us because we do not look, listen, think and above all talk about our town anymore. We are all guilty of apathy and often seem to exhibit a considerable lack of pride. If you care for our town it is time to use your senses again. That means being ready to put your head up above the parapet and shout out to save your towns heritage because if you don’t it will soon be gone for ever. And if you think you are too busy or preoccupied to do it for yourself then do it for your children and grandchildren because they have a right to grow up and live in a town that they can be proud of don’t they?

Finally, I have only spoken about the town here. But the county as a whole is no better. Look what has happened it to over recent years. They have even parcelled up parts and given it away. Ever wonder why the town and county does not have a cathedral? Well we did – Peterborough was once part of Northamptonshire and its cathedral, and it was simply given away almost without a murmur of objection. Naseby battlefield, despite its importance, has no visitor centre and little to commemorate the battle. Earl Spencer described it as a “national disgrace”. Just think how the Americans remember the battles of their civil war!

If we stand with one undivided voice they will listen

Now is the time for the people of Northampton and Northamptonshire to say enough is enough and to stand up for their town and its heritage. End the apathy now. Are we content to let politicians make swingeing changes without proper consulting? If it is not in the best interest of the town and county – say so! If we stand with one undivided voice they will listen – they have too. Remember unity is the enemy of the administration and they will do their utmost to divide. Now is the time for change.

This article was first published in a facebook post on the Save our Queen Eleanor’s Cross Facebook group page.
thePipeLine is republishing it here because not only has a disproportionate amount of our time been taken up with stories about Northampton Borough Council in particular, the issues Mike Ingram discusses are applicable to many other communities who are trying to conserve and promote their own heritage.

Mike Ingram, is a historian, lecturer and battlefield guide.
He chairs the Northampton Battlefield Society and is the author of “Northampton 1460” the most recent study of the unique and pivotal battle in the Wars of the Roses which took place just outside Northampton on 10 July 1460.