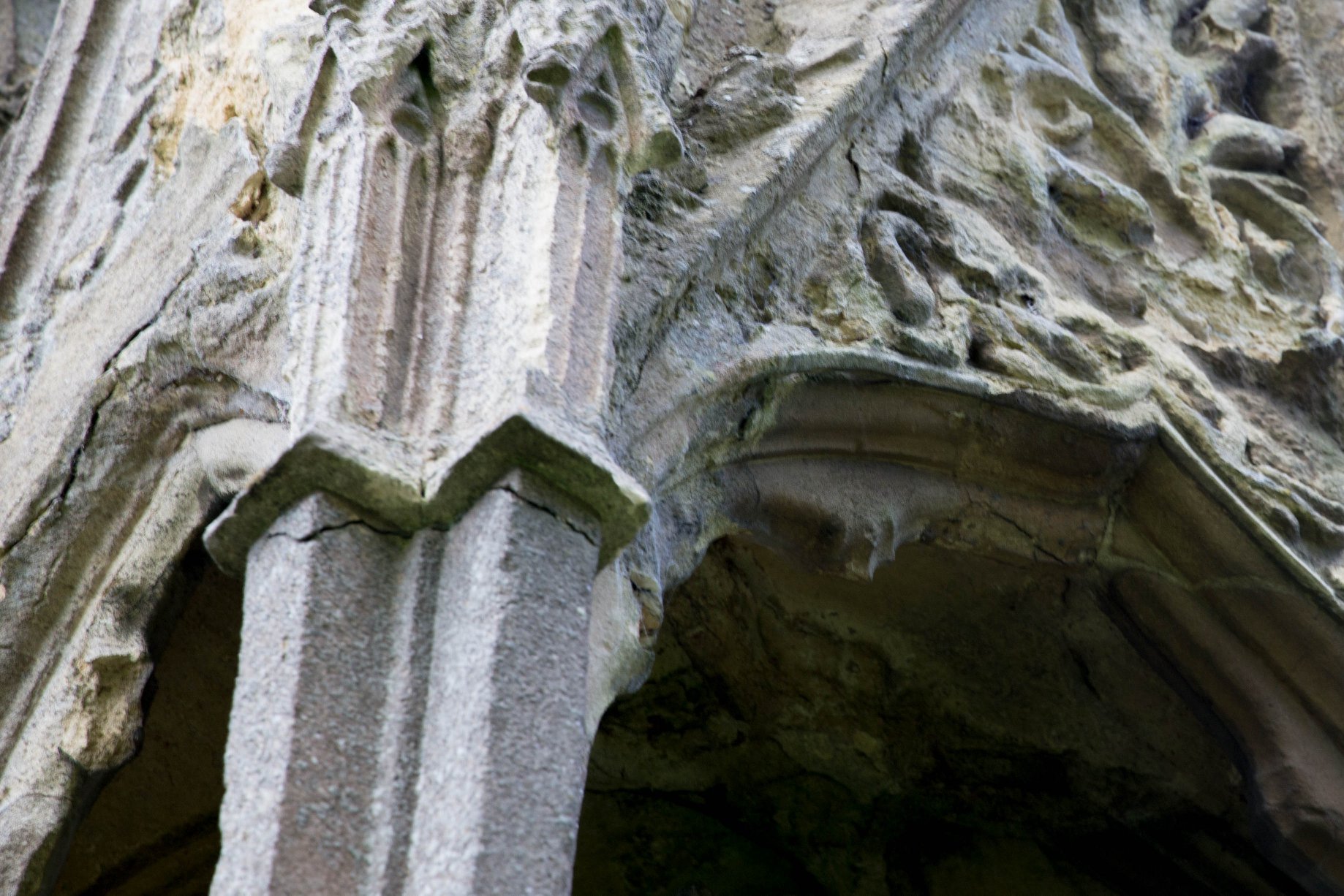 An e-mail in the possession of thePipeLine appears to show that Northampton Borough Council’s Cabinet Member for Regeneration, Enterprise and Planning, with responsibility for work relating to the Northampton Eleanor Cross, Councillor Tim Hadland, was told in November 2017, that a survey report recommended that the Cross required strapping to prevent a danger to the structure and the pubic.  This appears to contradict a statement Cllr Hadland made in an interview carried on BBC Radio Northampton’s Breakfast Show on 8 May 2017, when he suggested to BBC reporter Tom Percival that conversations had probably taken place about the report among council officers, but that he was not aware of the interpretation of the report.

Asked by Mr Percival why he appeared not to be aware of what the condition report about the Cross from experts at Clivedon Conservation Ltd and Stress UK  recommended and why the Council had not acted on those recommendations as soon as they were received in early November 2017, Cllr Hadland appeared to suggest that the report put an “extreme” case, saying,

“We don’t know what the interpretation of that report was.  You will generally find that reports will paint an extreme picture as you would expect them to do.  It’s going to be the most cautious possible.

He then appeared to distance himself from discussions among the responsible officers, telling Mr Percival,

“I dare say conversations have gone on since then.  If our officers were convinced that it was going to fall over before next week or something like that, then work will have been done much more urgently.”

However, an e-mail, dated 9 November 2017 which was sent directly to Cllr Hadland by the lead officer for his cabinet portfolio, the Head of Regeneration, Enterprise and Planning, Paul Walker, suggests Cllr Hadland was made aware both of the report and the risks it outlined at an early stage as the council discussed its response to the report.

“As you can see the structure has a crack in it and potentially presents a possible danger to the public hence the request for fencing and signage.

Cliveden Conservation, whom we have requested more information from, suggest we should strap the upper structure as a temporary measure, pending the design of a permanent repair.”

Mr Walker also told Cllr Hadland that Craig Forsyth, the Council’s head of Communications and marketing was drafting a media release about the repairs to the Eleanor Cross.

This addressed a concern which Cllr Hadland expressed earlier in 2017 when he told colleagues that the Council needed to “demonstrate action” over repairs to the Cross or face a backlash because the issue of the Cross was “high profile”.

The e-mail trail seen by thePipeLine, shows that Northampton Council chose in the end to act on the opinion of its own staff that the Cross did not require an immediate intervention, rather than that of the specialist conservators that it did, so it did not undertake the urgent repairs called for by the Cliveden report and reported to Cllr Hadland.

Campaigners claim that the Cross continued to deteriorate over the Winter 2017/2018 with fragments of stone seen lying on the steps of the Cross having falling from the damaged stonework.

In the same programme, Ben Robinson of Historic England told Mr Percival that the organisation is fast tracking a grant application from the Council for conservation work on the Cross.

Concluding the BBC interview, Cllr Hadland countered Mr Percival’s suggestion that, following the Sekhemka controversy, the Council’s record on heritage was chequered, saying that the Council had committed millions of pounds to the restoration of nearby Delapre Abbey and to a proposed extension of Northampton’s museum and art gallery.

He concluded by saying,

“There is enough good to show that we are thoroughly committed to heritage assets and to the heritage of the town.”

However, critics of Northampton Borough Council, and of Councillor Hadland’s performance as the public face of the Council in the current controversy, are more inclined to suggest that the Council’s principle commitment seems to be towards avoiding its legal, moral and financial responsibility as the owner and custodian of the nationally important Northampton Eleanor Cross.

“I have not denied that I knew about the Cliveden report, merely that I had read it.

I have nothing further to add.”