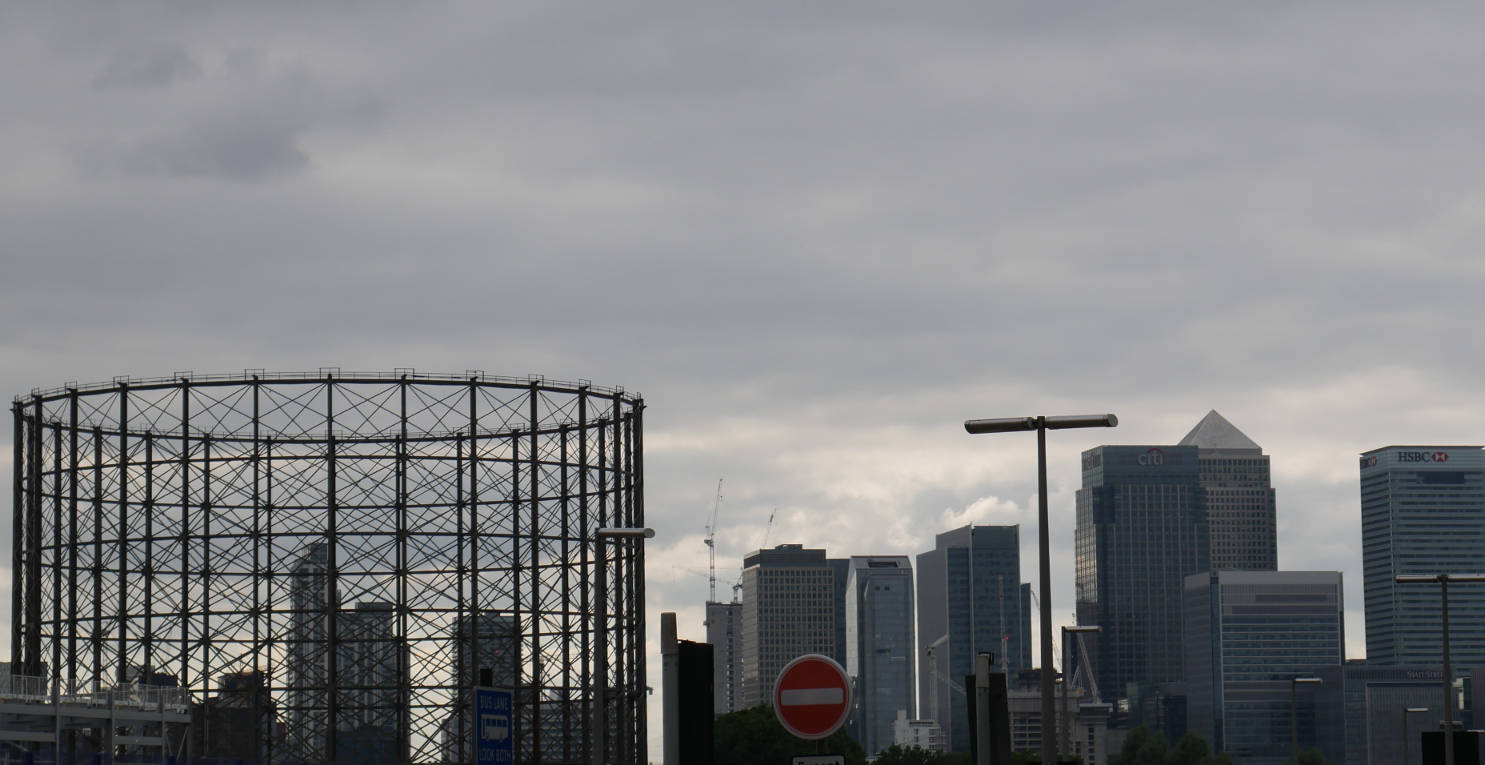 The Royal Borough of Greenwich has conceded that it may have underplayed the importance of the borough’s industrial heritage in a controversial planning brief for a former gas works site on the Greenwich Peninsula.  However, industrial archaeologists and heritage campaigners, as well as many local people, remain concerned that the published plans do not include the preservation of the historic and iconic East Greenwich No1 gas holder.  There are also real fears that the latest consultation by Historic England which ended this week [w/c 25 Sept 2017], may result in the granting of a certificate of immunity from listing for the site, making a change of heart regarding the future of the building dependent on the will of individual councillors who sit on the borough’s planning committee, rather than on any legal requirement to preserve what many see as a nationally important survival of early industrial gas production.

The development site, named GP3 [Greenwich Peninsula 3] of which the historic gas holder forms a part, consists of former industrial land  located on the Greenwich Peninsula on the south side of the River Thames, and is bounded by Millennium Way to the east and the A102M approach to the Blackwall Tunnel to the west.  The Millennium Dome [aka the O2 Arena] is also adjacent to the site and overall the site forms part of the wider redevelopment of 150 acres of brownfield land on the Greenwich Peninsula which will cost an estimated £8 billion and should be completed by the mid 2030’s.

While the council itself acknowledges that there are issues with noise and vehicle pollution from the Blackwall Tunnel, it states that, with the decommissioning of the existing gas holder, the GP3 site will be now able to accommodate “alternative, and more intensive uses”.   Earlier this year the council published a draft planning brief which set out an overarching framework to guide any future development of the site to that end.

However, industrial archaeologists and many local people have expressed concern that the draft proposals fail to consider the potential for the industrial heritage of the site to offer a unique sense of place and identity for the new community.

Particular concern was been expressed that the draft plan envisaged the removal of the last remaining significant industrial building on the site, the one hundred and thirty year old East Greenwich No 1 Gas Holder.  None of the guidelines and plans and maps included in the draft document even offer the option of the gas holder being retained in any future development.  A move which critics see as at best an oversight and at worst a sign of deliberate intent on the part of the council.

Campaigners argue that, while the former South Metropolitan Gas Company gasworks are clearly a brownfield site which is overdue for appropriate redevelopment, it is not necessary to jettison the past of the area entirely as the Royal Borough of Greenwich seeks to develop a sustainable future for the new community.

In the case of the East Greenwich No 1 Gas Holder that past is remarkable.

“When built East Greenwich No 1 was the largest holder ever built and only one other, in the US, has been built larger. It was also built to what was at the time a revolutionary design.”

“As well as its virtuoso engineering it embodies a number of more philosophical ideas and also in its deliberate austerity, it could be described as an early modern movement industrial building.”

In the light of this, Dr Mills, who coincidentally represented Greenwich Peninsula as a member of Greenwich’s ruling Labour Group until her retirement, and other campaigners, argue that the gas holder is not just a landmark on the Thames skyline at Greenwich,  but it is also an important and irreplaceable part of the heritage of the Royal Borough.  In that context it seems perverse for current Councillors to make reference to the nearby Greenwich World Heritage Site in the draft planning brief, while ignoring the considerable heritage potential of the GP3 site itself.

Indeed, it is argued such a sensitive reuse of the gas holder for leisure or housing, would actually support the borough’s own planning objectives and those of the wider London Plan promoted by the Mayors Office.

It is also pointed out that the omission of this aspect of the potential for the site is especially egregious given that Greenwich Peninsula forms what is effectively the half way hinge and way point between the Maritime Greenwich World Heritage Site to the west and the equally historic Royal Dockyard and Royal Arsenal at Woolwich to the east of the peninsula.   Indeed, the draft planning document makes specific mention of the open views to towards the World Heritage Site which are available from the site of the gas holder.

Adding to the sense of a missed opportunity to enhance Greenwich’s offer to both local people and tourists, it is also the case that all three locations are linked by the popular Thames Footpath and London Cycle Network, which also take in another industrial icon, the Thames Barrier.

Critics of the draft plan also argue that the preservation of East Greenwich No 1 need not be an unacceptable imposition on any developer.

This is because there are numerous examples of redundant industrial buildings being given a new lease of life by imaginative developers and there are even examples of gas holders being preserved as part of redevelopment plans.  Examples include the construction of circular blocks of flats and the creation of public open spaces within the steel ring of the gas holder frame.

Such developments include proposals for another site in London at Kings Cross  created by architects Wilkinson Eyre, while the O-Mahony and Pike Gasworks development in Dublin is regarded as a particular successful reuse of a similar structure to that found at the Greenwich Peninsula.

“Historic England assessed the gasholder for potential listing, but did not consider it to meet the criteria for statutory listing. On this basis, it was not considered appropriate to stipulate in the draft Planning Brief that the gas holder must be retained; however, it is acknowledged that the industrial heritage of the GP3 site and its surroundings requires greater prominence in the Planning Brief. Further amends will be considered shortly.”

Campaigners will hope that one of those amends will be the requirement to acknowledge the industrial heritage of the site by retaining and reusing the structure of the gas holder.

Even if that decision goes against the campaigners it is unlikely to be the end of the attempts to preserve the gas holder and give it a new life.

It is possible that not listing the structure might actually make it easier to persuade a developer to act imaginatively and include the structure in the plans for the site because it would be easier to make structural changes.  However, that would depend on the council insisting on the site being retained in all future drafts of the planning brief.  It is also pointed out that the iconic chimneys on Battersea Power Station were condemned on cost and safety grounds on a number of occasions before pressure from conservation bodies and the public eventually saw them being demolished and completely rebuilt as a signature part of the current redevelopment of the site.

In the case of East Greenwich No 1, the hope is that the council will see the sense in omitting the demolition part and move directly to the retention and re-imagining of a local icon which has survived previously the Silvertown Explosion in 1917 and the efforts of both the Luftwaffe and the IRA to destroy it.