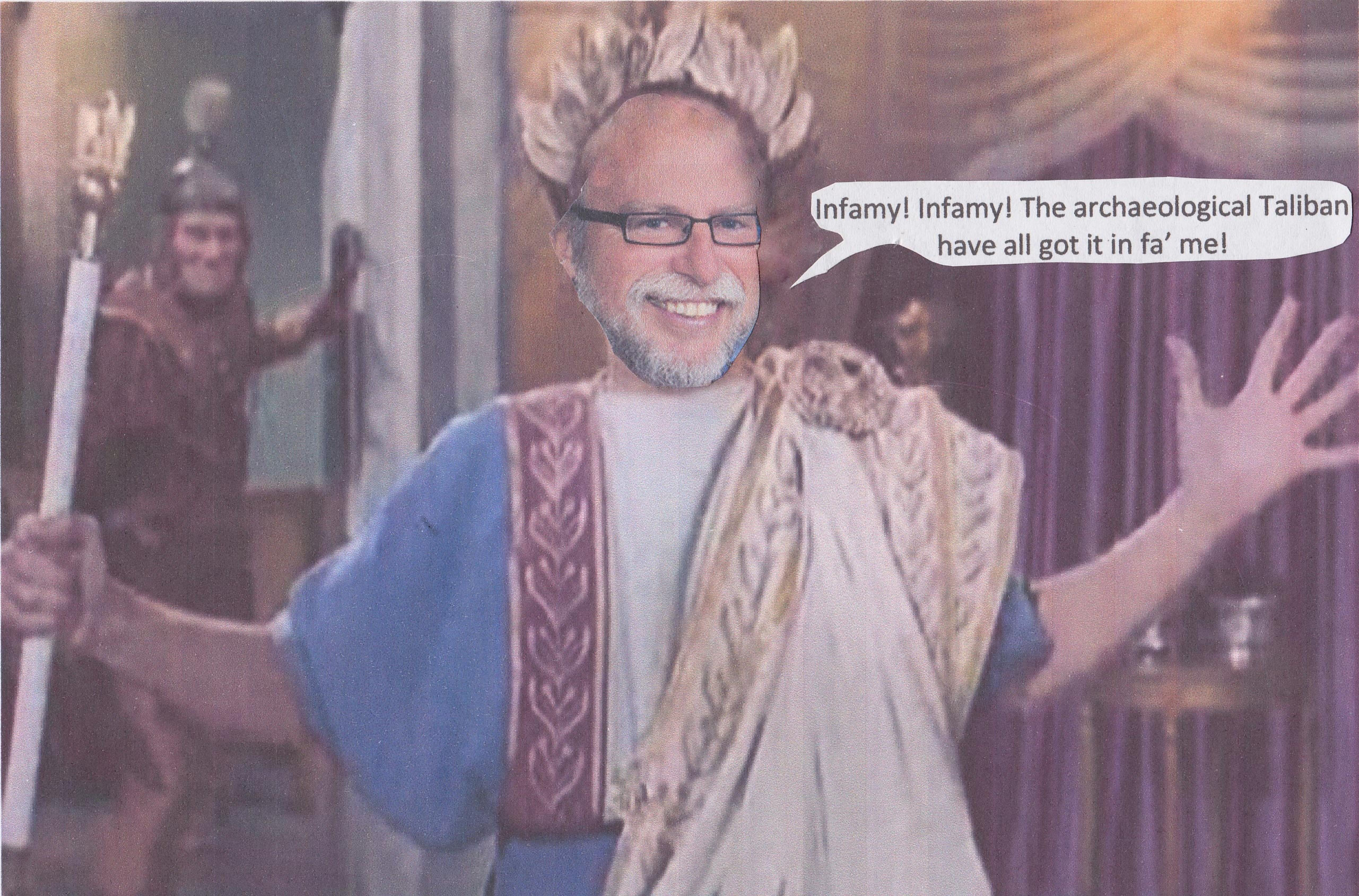 With none of its traditional fanfare, let alone the promise of a reality series on the Discovery Channel, Tampa based treasure hunting company Odyssey Marine Exploration has relaunched the offshore and ROV [Remotely Operated Vehicle] branch of the business as a gun for hire operating under the trading name of Clio Offshore.  However, it remains to be seen whether Odyssey’s track record in, sometimes gaff prone, marine salvage can attract clients in what is an already crowded market, in the midst of a recession in offshore industries.  Certainly the company’s quarterly accounts for the second quarter of 2016 show that the income from offshore work failed to cover operational expenses, with the company losing almost $2 million during the period concerned.  Analysts from the salvage industry also suggest that the limited stable of equipment owned by Clio Offshore and lack of a capable salvage platform in the wake of the sale of Odyssey Explorer, will make it harder for the new company to generate big ticket jobs.  Questions of profitability aside, it is also debatable whether the rebranding of the equipment, operational team and senior management who have worked on a succession of often controversial projects, including the unlawful recovery of seventeen tons of silver from the Spanish warship Nuestra Senora de las Mercedes, will be effective in shutting the door on the company’s past.

The new company is under the management of Odyssey veteran Andrew Craig, who has been with the company since 2003, rising from technician to Senior Project Manager and chief operating officer, marketing man John Longley who joined OMEX in 2005.  According to the separate website set up to advertise Clio Offshore, the company appears to be operating out of Portland, Dorset, although the corporate headquarters of the parent company Odyssey Marine Exploration remains in their old, but now rented, offices in Laurel Street, Tampa Florida.  However, whether this suggests that the company will again focus its activities in the UK maritime Exclusive Economic Zone is currently unclear.  Certainly the basing of the newly minted venture in Portland can be said to be a sign of management continuity rather than change.  Portland was the principal UK operating base of OMEX’s former flagship, Odyssey Explorer between 2007 and 2015 and it is understood that Odyssey’s portable equipment, including the core of the offshore survey operation, the Remotely Operated Vehicles Zeus and camera ROV Clio, which has given its name to the new company, were landed in Portland before Odyssey Explorer was sailed to Latvia in May and sold.  An event which fitted a pattern of the disposal of assets which has been in place for some eighteen months.

The Spring of 2015 saw Odyssey pulled back from the brink of probable bankruptcy by a link up with Mexican mining conglomerate MINOSA and part of the price of the deal seems to have been  the progressive withdrawal of the company from speculative treasure hunting and the sidelining of former Chief Executive Officer and co-founder of the company Greg Stemm.  Then in December 2015, just ahead of the deadline to repay a series of bank loans totalling $11.7 million, Odyssey sold most of its remaining assets to coin and bullion dealer Monaco Financial LLC for $21 million.  In that context, the sale of Odyssey Explorer, and the launch of Clio Offshore as a service provider, is the latest sign that the high profile, swashbuckling, treasure hunting, of the period 2007 to 2014 is meant to be seen as a thing of the past, and that the new incarnation of the complex nest of companies which sit under the umbrella of Odyssey Marine Exploration is designed to present an altogether more responsible and muted operation to the world.  However, as ever with Odyssey the true situation is likely to be more complex.

Of late Mr Stemm has re-emerged onto the scene as a well paid consultant to an off the shelf spin off company from Monaco called Magellan Offshore Services which, according to company filings, exists to develop shipwreck projects.  Company statements also show that Mr Stemm also works out of the same building in Laurel Street Tampa which is listed as the headquarters of both OMEX, Magellan and the new operation Clio.  Essentially all the various components and personnel of the old OMEX operation still exist under the same roof and with the same functions.  They have simply been rearranged by a spin in the company kaleidoscope.

With that continuity in mind it is worth deconstructing the new company’s pitch to would be clients as set out on the Clio Offshore website,  thePipeLine’s comments are in RED;

“Commercial companies can now contract the team, tools and technologies utilized by OMEX for survey, recovery and ROV project rated to depth of 6,000 meters.”
[Fair enough, OMEX management have stated that they wanted to move away from that of speculative shipwreck hunting established under founders Gregg Stemm and John Morris, to a service model where other people take the risk and pay cash]

“CLIO Offshore is a division of OMEX, the world-leader in deep-ocean exploration.” [This is pure advertising hype as Dr Robart Ballard and the Woods Hole Oceanographic Institute, Oceaneering, and Blue Water Recoveries among others might dispute the claim that OMEX are the “world-leader”] “Commercial companies can now contract the team, tools and technologies utilized by OMEX for survey, recovery and ROV project rated to depth of 6,000 meters. Our packages are designed for fast and efficient mobilization to accommodate any client’s needs and solutions may encompass a suite of individual tools and services to supplement existing operations or complete project delivery and management to meet a specific objective successfully.”

Our services are underpinned by these hallmarks:

Rebranding a company after suffering reputational damage is an old PR trick, but in the relatively small world of marine salvage the reasons behind the rebranding of OMEX’s shipwreck business as Clio Offshore is more transparent than most, and it is questionable whether the French and Spanish authorities for example, will take kindly to OMEX [even by another name] turning up in their exclusive economic zones.  In the past the French have banned OMEX from working in their waters, while the Spanish have an ongoing dispute with the Tampa company over what the Spanish regard as the unlawful salvage of the cargo of the Mercedes and alleged unethical damage to the archaeology of the wreck site caused by the use of a bottom dredge to recover the silver.

Critics of OMEX also point out that operating from chartered vessels, for private clients, it is much easier for OMEX to employ its habitual, near obsessive secrecy to undertake salvage recoveries below the radar, making it more difficult for the authorities, and interested parties such as UNESCO and archaeological bodies, to monitor its activities and hold the company accountable for its actions, as has been necessary in the case of both the Mercedes and HMS Victory 1744.  Thus in an industry which likes to operate without attracting too much attention, the very least clients of OMEX/Clio can expect is the odd overflight and coast guard inspection, not to mention the suspicion and scrutiny of what one OMEX insider described on camera as “the archaeological Taliban”.

Those potential clients will also ask themselves can they afford the risk of hiring a company operated by a team, who, while they may be blameless in their own right, have come up through the ranks working on Odyssey projects, within a corporate culture where the calculus of risk, described by Judge Merryday, was that it was acceptable to take major legal risks in the expectation that any downside in the form of litigation and fines, would be more than balanced by a substantial financial upside.

At an even more basic level, it is also questionable how much profitability the new venture can bring to OMEX’s balance sheet.  With a limited stable of hardware directly controlled by the company , essentially two ROV’s, the opportunities for generating income are limited.   Zeus can only be fossicking around on one wreck at a time, and the quarterly results for the second quarter of 2016, which were issued last week, showed that, while the company received revenue of $1.2 million from offshore operations at the same time as reducing operating expenses by 50% compared to the same quarter in 2015, OMEX still made a loss on the quarter of $1.9 million.

The company also announced that it had entered into a contract with an un-named third-party to conduct offshore services in the third quarter 2016.  That contract is expected to generate revenue in the region of $2.4 million.  However, this contract too would not cover the quarterly operating expenses of around $3.2 million.

Meanwhile there is one final lesson to be learned from the rebranding.  Thoroughly check your new brand for its ability to inflict unintended collateral damage.  Just as American food giant Kraft suffered because their snack brand Mondelez sounds like the Russian word for oral sex, OMEX did not check that in England their smart classical name Clio sounds like the heroine of the famous Carry on film, “Carry On Cleo.”

For anyone unfamiliar with the Carry On series of films, they are series of cheap farces which often played fast and loose with history, and so are totally unlike Odyssey Marine Exploration.