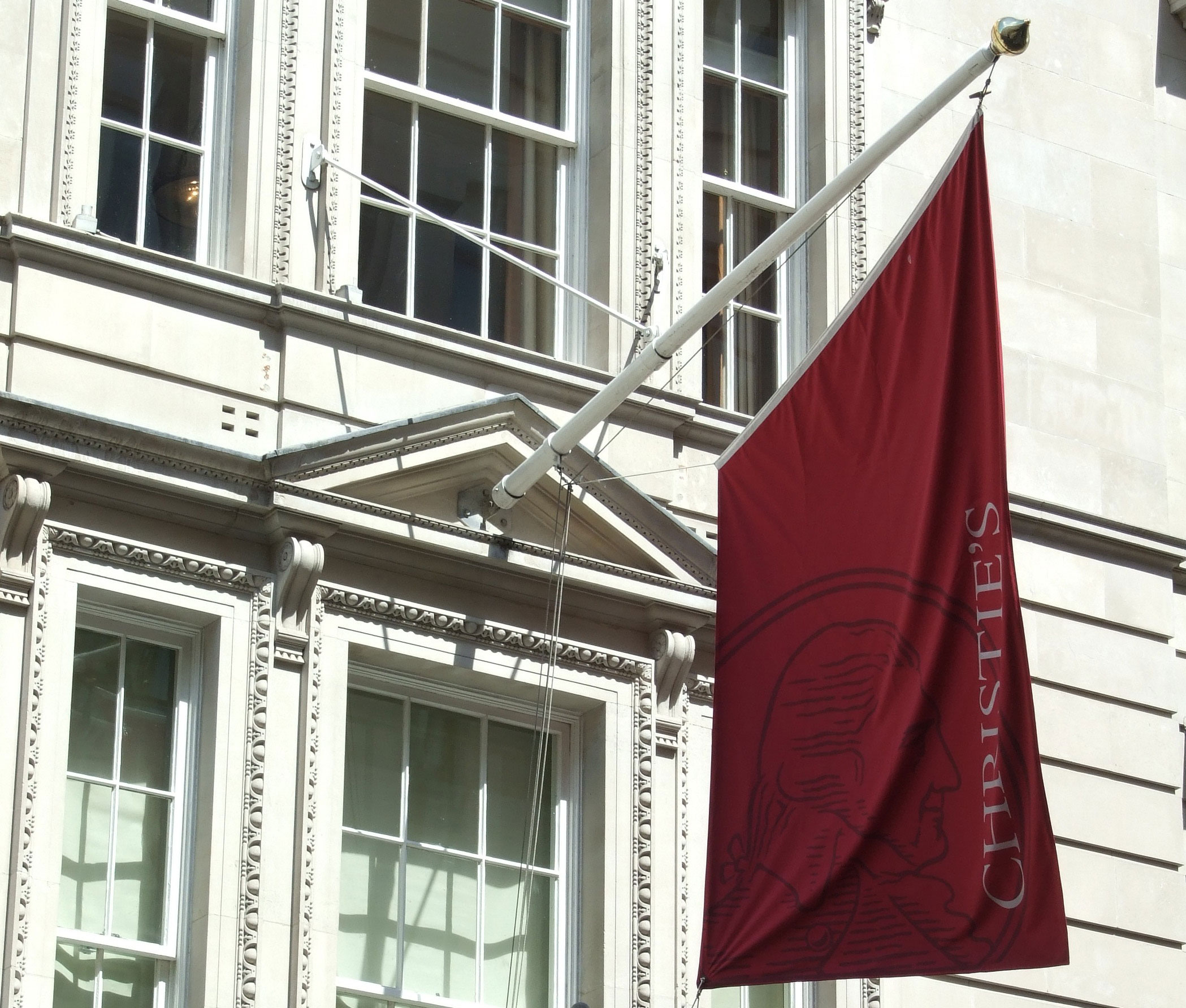 On Friday 1 April, April Foolsday in the UK, the Department for Culture Media and Sport announced that, with no buyer coming forward, they would not oppose an export licence for the statue of the Ancient Egyptian Scribe, Sekhemka, sold by Northampton Council at Christie’s in London for £15.76 million in July 2014.  Later that day the well known and respected, if sometimes controversial, heritage blogger Paul Barford, published a very effective “April Fool” commentary on the decision suggesting that Sekhemka would have a speaker inserted into his chest and would welcome visitors to a new Museum of Fundamentalist Mormanism in New York.  Mr Barford’s point was that now that the statue was in private hands, the new owner, who Christie’s and the Department for Culture Media and Sport refuse to name, but who two separate sources have told thePipeline is American, can do with the statue what he or she pleases and, for all we know, Sekhemka may already have been ground up into hard core and used to underpin someone’s new driveway.

Then on Monday [4 April 2016] the world was forced to react to a much bigger financial scandal than Northampton Council selling off what it claimed was public property from its Museum while apparently handing a private citizen, Lord Northampton, over £6 million of the proceeds.  That was the publication of the 11 million leaked documents from Panamanian Law Firm Mossack Fonseca, who are specialists in creating tax efficient corporate structures made of legal smoke and mirrors.  Documents now known as the “Panama Papers”.

The leaked papers have been jointly investigated and published by the German newspaper Süddeutsche Zeitung and shared by the International Consortium of Investigative Journalists and media organisations including the BBC and the Guardian, and it seems likely that the tsunami of scandal arising from the investigation will be wreaking havoc in the most secret of corporate and Governmental structures for some time to come.

While rightly most attention has been paid to the political implications of the Panama Papers revelations, with the Prime Minister of Iceland already lining himself up for a cameo role as the corpse in the next BBC4 Scandi Noir thriller by resigning over undeclared involvement with off shore companies, and UK Prime Minister David Cameron taking four days to remember to tell people that he profited from his father’s off shore fund, one of the most interesting and potentially disturbing revelations has been proof of the use of offshore companies to hide the ownership of art objects.  A practice highlighted by the identification of the offshore company used by collector David Nahmad to hide the ownership of the Modigliani portrait, “Man With A Cane” which this week resulted in the Swiss authorities sequestering the painting pending legal moves to establish its true ownership, and perhaps most disturbingly, by the 1997 sale of the Ganz Collection of Modern Art.

In November 1997 Christie’s in Manhattan sold Picasso’s “Woman of Algiers” to a London art dealer alleged to be acting on behalf of a Middle Eastern client for the record price of $31.9 million.  What no-one knew at the time was that the painting, which had been in the well known Ganz Collection of Modern Art, had already been sold privately to an offshore fund controlled by 79 year old British born, Bahamas based, currency trader Joe Lewis.  The same day as the sale of the Picasso to Mr Lewis’s fund was completed, a sale which also included many other valuable paintings from the same source, the picture was put up for auction at Christie’s and billed as part of a sale of the Ganz Collection.

The ICIJ report that the catalogue for the sale stated “Christie’s has a direct financial interest in all property in this sale,” and it certainly did.

As the ICIJ reveal, Mr Lewis was at the time the largest shareholder in Christie’s and Christie’s was the owner of Spink & Son who sold the Ganz paintings to offshore entity Simsbury International for $168 million.  In a second deal, Simsbury and Spink & Son agreed to split any profits over and above the $168 million paid.  The person with power of attorney over Simsbury, and the person who controlled it bank account was Mr Lewis.

The implications of this legal, if murky, story in the case of Sekhemka are clear.  The Simsbury transaction is, many argue, the first bucket thrown in to fill the multi billion dollar slurry pond which is the high end art market as we know it today.  A pond into which the amateur art dealers of Northampton Council plunged gleefully in July 2014.  That said, with its apparently contradictory, even misleading, statements about who actually owned Sekhemka and the still unexplained multi million pound payment to Lord Northampton after the Council had paid all the costs due from the seller, the architect of the sale, then Council Leader David Mackintosh, and his colleagues were clearly fast learners.

Meanwhile, with the classic indicators in place; an anonymous buyer pays a world record price at a major international auction house ensuring maximum publicity for the value of the object, and then applies for an export licence, all eyes will now be watching to see if Sekhemka pops up again, perhaps in New York, or Geneva with a “for sale” sign around his neck instead of speakers in his chest.

Unless of course he is staring at the walls of a bank vault waiting for the next upturn in the Art Market.

The consequence of all this is clear.  While they may be doing nothing which is currently illegal, the commercial auctioneers, like Christie’s which sold Sekhemka, are international businesses with multi billion dollar turnovers, whose opaque practices and lack of accountability aid and abet the Mossack Fonseca’s of this world who seek to allow the rich and the privileged to find creative ways to hide their money from the taxman in offshore companies, offshore bank accounts, property, fine art and antiquities and in the worst cases, these practices allow dictators and criminals to launder the proceeds of crime.

Indeed, it has to be asked, what legitimate reason is there for anyone acting legally to partake of  the “very sensitive” service of employing a “natural person trustee” to sign off the paperwork and effectively pretend to be the real beneficial owner of a company or object?  A service which the Panama Papers show Mossack Fonseca [and presumably the other companies in the same field], will undertake to give top cover to especially shy clients for a mere $17,500 per year.

As the International Consortium of Investigative Journalists  put it;

“The documents reveal sellers and buyers of art using the same dark corners of the global financial system as dictators, politicians, fraudsters and others who benefit from the anonymity these secrecy zones offer.”

As far as Sekhemka goes the result of all the unaccountable, anonymous, auction room action and financial sleight of hand could be a future “For Sale” sign which might look something like this;

Of course this mocked up poster is a fantasy and, while the current owner of Sekhemka may indeed anticipate selling the statue for a profit at some future date, there is absolutely no evidence that they have purchased the statue as a tax dodge, let alone to launder money and we must assume they are utterly blameless in all aspects of their life.   However, there is no evidence either way, which is the problem.

But before anyone suggests the matter of artworks vanishing into Mossack Fonseca’s  Panamanian Triangle of secrecy, or that of the two companies who do even more of this work,  is a matter for an academic elite of art historians and museum professionals, the number of works and the sheer amount of money involved in the sale of art and antiquities is eye watering.  The multi billionaire Nahmad family alone have a collection believed to include 300 Picasso’s worth some £900 million and a collection of some 5000 artworks which Forbes Magazine estimated in 2007 was worth $3-4 billion, all held by the International Art Center shell company in a storage at a duty-free facility adjacent to Geneva airport.   The Art Market Report estimated that in 2015 the global sale of art objects exceeded $68.3 billion with the prices for high end items growing the most.  A pattern into which the sale of Sekhemka falls without doubt.

Whoever the anonymous “John Doe” who leaked the Panama Papers is [current bets range from a disgruntled employee, to the CIA and even the Kremlin] and for whatever the reason they did it, they clearly did the world a service by providing the hard evidence for what many people have always believed about the attitudes of many of the super rich towards art and antiquities.  That is that all too often some of the world’s great cultural objects are treated as a commodity to be horded in private collections like Gollum’s “precious,” or cynically traded as a commodity.

It follows that in the post Panama Papers world the only way to bring in the “sunlight”, which in British Prime Minister David Cameron’s words is “the best disinfectant” for the toxic secret culture of offshore tax havens and shell companies,  is for the anonymity of the sale room to be ended and for the UK Government’s proposed register of “beneficial owners” of property and companies to be extended to include the “beneficial owners” of art and antiquities purchased in UK salerooms and auctions.

That means the real “beneficial owners”, not a random local person co-opted into the process for their signature at the “AGM”, like the Lawyer who is alleged to be a  company director of some 11,ooo companies, including the “International Art Center”.

There is also a strong case to legislate that an object in a publicly owned museum or gallery collection, if it must be sold at all, may only be sold into another publicly held collection under licence with a binding clause that it may not be sold on into the private market.   If that kind of contract is good enough for computer software it is certainly good enough for the culture of millennia.

Meanwhile, in the absence of such legislation and a public register of beneficial owners, the proven unwillingness of the arts establishment including Department for Culture Media and Sport, the Arts Council and the Museums Association to fully engage with this issue, and the relative powerlessness of even the most committed and public spirited of researchers, anyone hoping to shed light on this shadowy, self interested, trade in the finest examples of human creativity, can only hope that somewhere in the Panama Papers is a reference to the person or company which actually purchased Sekhemka, and perhaps to the office cleaner who may have signed the board papers.

Either that or perhaps another courageous and public spirited whistle blower will come forward and enable the media to tell the public what they were entitled to know all along.

If such a person is out there thePipeLine would be happy to hear from you.  Other media outlets are also available.