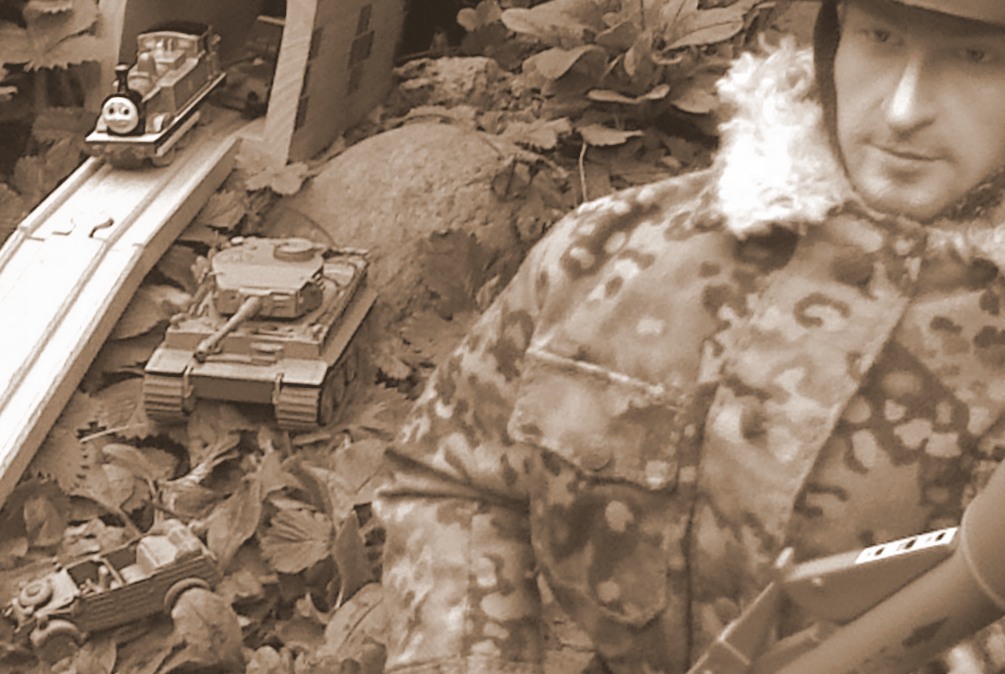 thePipeLine has obtained astonishing photographic evidence that, contrary to the recent announcement by Polish scientists, the fabled Nazi Gold Train really does exist

The photograph, which we published for the first time, shows the Nazi Gold Train, guarded by Tiger tanks and heavily armed Nazi troops, reversing into the secret tunnel in the forest outside Walbrzych Poland in early 1945

As a result of the find, which we obtained from a former German soldier who has sadly since died, we can now tell the full story of the Nazi Gold Train for the first time

TOMASZ THE PANZER ENGINE AND THE GOLD TRAIN

It was the Spring of 1945 in the part of Sodor which was then in East Prussia and Hermann the Fat Controller was very cross.

“We are losing all our railway franchises to Josef the Red Engine and Lavrenti the NKVD Enforcer Engine and it is all the fault of you lazy, useless, untermenschen, Wehrmacht engines!” he shouted  “If you had let my Luftwaffe engines run the line and keep you supplied we’d have had a Thousand Year Mega Franchise to run all the trains in Sodor and not even Herr Beardie Branson, the Virgin Gauleiter could top that!   If he can you can call me Meyer!”

With that the Fat Controller chuffed off on Tomasz, his secret armoured train.

Pulling the secret armoured train was hard work for poor Tomasz, not just because the Fat Controller was very fat indeed, but also because he was laden to the top of his troublesome armoured trucks with the Fat Controller’s collection of gold bars, stolen artworks, dodgy Parisian erotica and UFO blueprints.

But just outside Walbrzych the naughty Wehrmacht engines threw the points and Tomasz the Fat Controller’s secret armoured train turned off the main line and chuffed off and “ssieg a heil’ed” into a blind tunnel where he was bricked up never to be seen again*.

*Except in the $16 million, eight episode documentary series researched and fronted by Gerrard Williams and a crack team of investigators, which was commissioned by the “History” channel.  The series also claims that Dolfie the NSDAP engine was sold to Argentina and lived happily ever after, hauling Eva the Pullman car between Buenos Aires and the Andean resort town of Bariloche.