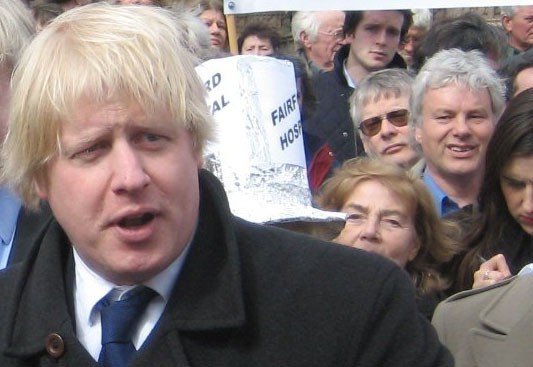 In a move which will concern campaigners against the controversial developments at Norton Folgate in Spitalfields and the Bishopsgate Goods Yard at Liverpool Street, both of which have been “Called In” for review by London Mayor, Boris Johnson, Mayor Johnson has approved another scheme which was “called in”, after local councillors rejected the initial planning application. The scheme the scheme, which includes 97 flats, ground floor shops and a gym, relates to a site in Putney High Street and it was rejected by in Conservative flagship Wandsworth Council: ‘by reason of its height, bulk and design would be an incongruous addition to the streetscape and of insufficient quality to justify the proposed height.’ The Council’s decision will have been assisted by the 211 objections the council received in response to the application. However, while the Putney scheme can now proceed, in the longer term the overturning of the local concerns of a Conservative Council, by the Conservative Mayor may also serve to exacerbate the increasing disconnect between protestations that the Government promotes localism and the devolution of powers to local authorities and the perceived reality that if those same local councillors make the “wrong” choice their decisions will simply be torn up by the big beasts of Government.

In overturning the decision which Councillors made against the advice of their own planning officers, the Mayor’s office said; “As London’s population continues to grow, the mayor believes it is crucial that we build the homes the city needs as quickly as possible. He has carefully assessed this application and believes it will lead to the construction of valuable new housing for Londoners and help to regenerate Putney High Street.’ Earlier, on calling in the application, the Mayor’s spokesperson played the conservation card claiming that such town centre developments lessened the need to build on protected areas.

Mayor Johnson’s decision will concern, but will not surprise, environmental and heritage campaigner because it is in line with his previous record on planning applications where he has not rejected a single planning application which his office “called in”.   A further concern will be the involvement of mega developer British Land, as a supporter of the Putney development by GRID Architects. As the driving force behind many major developments, including the controversial Broadgate redevelopment which saw a major confrontation with the then English Heritage in 2010, British Land is known to have a close, but entirely proper, relationship with the Mayor, Chancellor George Osborne and the Cameron Government. The relationship is so open and transparent that the Spitalfields Trust has issued a Freedom of Information Act [FOIA] request asking the Mayor to list meetings with British Land prior to the decision by Tower Hamlets Council to reject the British Land proposals for Norton Folgate.

Adding to the impression of privileged access to Government on the part of British Land, in September Mr Adrian Penfold, the Head of Planning at British Land, was given a place on the Government’s panel set up by Planning Minister Brandon Lewis which is designed to streamline the local plan-making process and consider how it can be simplified with the aim of slashing the amount of time taken by local authorities to put the plans in place. A move which led the Heritage Alliance to observe that, although the conclusions of Mr Lewis’s team could have a significant impact on the time and ability to question development schemes on environmental grounds, no representative of any heritage or environmental body had a seat on the panel.