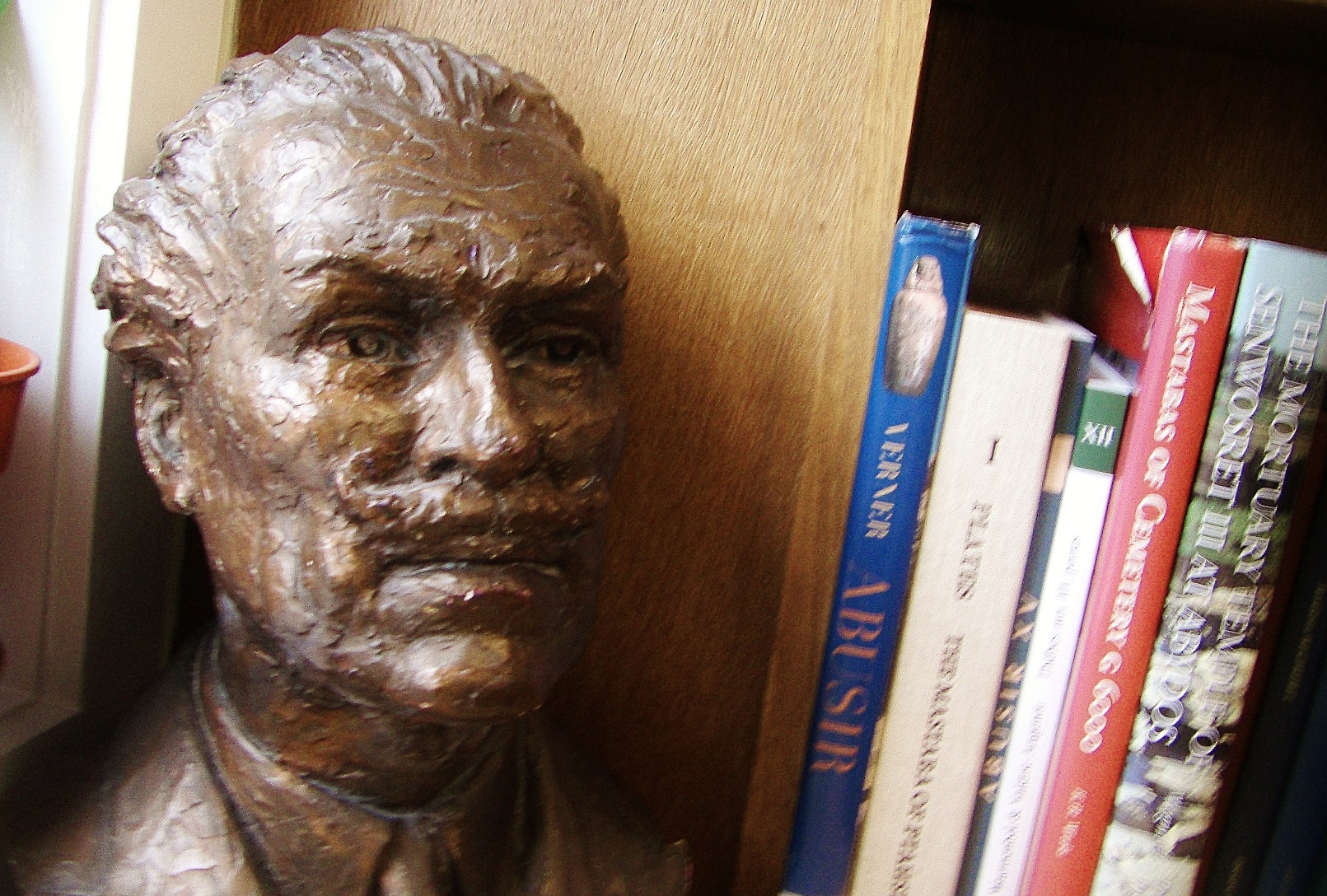 thePipeLine can exclusively reveal that it has recently obtained the sole surviving copy of a previously suppressed article by Sir Mortimer Wheeler, which we believe offers a sensational new insight into the methodology and social network of the famous archaeologist.

Written in 1935 and originally destined for the Illustrated London News, the article was never published because of the intervention of the Society of Antiquaries and the Dorset Field Club who, it appears, feared for the impact the article would have on the credibility of their then ongoing excavations at the great pre-Roman hill fort of Maiden Castle outside Dorchester.

In the article Wheeler described a fascinating and previously unrecorded meeting which brought together the great archaeologist himself, with Alfred Watkins, author of “the Old Straight Track” which popularised the concept of Ley Lines criss crossing the countryside linking places of mystical and historical importance and Aleister Crowley, the self proclaimed “wickedest man in England”, who had visited the Dorset site on account of what he perceived as its occult connections with the Druid order of the Pre Roman Iron Age.  A meeting which gave rise to what may be one of the weirdest and most fascinating archaeological experiments ever undertaken.

In this early example of experimental archaeology and comparative ethnography, Wheeler describes the three men seated around a camp fire on the summit of the iconic Iron Age Hill Fort at midnight on the eve of the Mid Winter Solstice, while three naked witches, supplied by Crowley, poured libations of local Eldridge Pope and Co. ale to the four points of the compass and cast six trowels from Wheeler’s excavation into the ashes as the men chanted a series of questions to the genius loci.  The subsequent patterns formed by the trowels were then interpreted as predictions of the future.

In order to peer review the work of Wheeler, Watkins and Crowley, by making a series of predictions for events world archaeology in 2015 thePipeLine has attempted to replicate their methodology.

We used standard 4″ WHS Archaeologists trowels supplied by a major on-line archaeological retailer picked at random.  Then,  while Eldridge Pope and Co no longer exist we used libations of an equivalent modern “real ale”.  Shepherd Neame “Spitfire Ale”was chosen in acknowledgement of the place of mythical Spitfires in archaeological folklore, particularly in Myanmar.  Then a randomly selected a group of masked, skyclad, full members of the Chartered Institute for Archaeologists first invoked the genius loci and then the original members of the “Time Team”, at all four points of the compass.  They then cast the trowels into the ashes of a TESCO family sized, disposable barbecue while chanting a randomly selected research question.

The results of the experiment are given below in the original transcript written by the archaeologists as they channeled the spirit of the great antiquary William Stukely to record the answers.

The research team began with some questions about the Local and National Government in the United Kingdom and the following predictions were recorded.

And on the 7th inst of May, being the feast day of St Flavius the martyr,  shall come the General Election in Great Britain and on that day

The team then turned to international maritime archaeology and recorded the following.

“And we see the great waters, deep and dark,  part and reform into a reality documentary on the Discovery Channel whereby…”

and finally the team asked the spirits about what might happen in the archaeological media in 2015. They were told

At this point Mr Stukely departed for the Elysian fields and unfortunately, in spite of many attempts, thePipeLine experimental team were unable to get any of the spirits to comment on the fate of the Borchester to Hollerton Relief Road, Route B.

While only time will tell if any or all of our predictions come true, thePipeLine has every confidence in the scientific rigor of our method.  However, we are obliged to point out that in Wheeler’s experiment the predictions included a “long and successful reign for King Edward VIII,” that a new comic book hero called “Superman” would not last more than one issue of DC Comics, and the suggestion that the recently elected Chancellor of Germany, Adolf Hitler, would be a major force for international reconciliation and World Peace.  They also predicted that one day archaeologists would be seen as the equal of Architects, Planners, Lawyers and Chartered Surveyors.